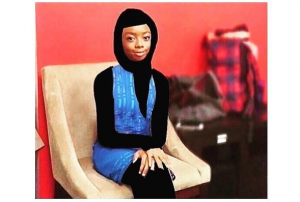 Muslim women who wear hijab get a lot of interesting comments from strangers, co-workers, friends and sometimes even family members about their headscarves—from the ridiculous and funny to the outright offensive.

Here are some common ones that I’ve personally encountered:

1. “Do you have hair underneath your scarf?”

When people ask you if you have any hair underneath that scarf, and you wish you could do this:

Do I have hair? Girl, please.

Or when they ask you if a man forced you to wear your hijab:

Please don’t talk to me.

When people assume that all hijabis are closed-off and ultra conservative, but in reality you know every word to Lemonade AND you memorized all the choreography:

When you get sympathetic looks because people think you’re oppressed, even when you tell them that you’re a strong, independent woman who makes her own decisions:

When I want. How I want. Okay? Don’t get it twisted.

When your friends ask you if you shower and sleep with your hijab on:

And why am I friends with you?

When some random guy in the street yells at you to go back where you came from, not realizing that you’re just as American as he is (assuming he even is American):

When your co-workers think that you’re timid and can’t think for yourself just because you choose to dress modestly:

Please do tell me how wearing a headscarf directly affects my intelligence. Your argument is 100% valid.

When a man tells you that you’d be a lot prettier without a hijab:

You and your opinion are both not wanted.

When someone straight up asks you if you’re a terrorist:

Like. Actually? Can’t I just enjoy my Chipotle veggie bowl in peace?

And finally, your reaction when someone tells you to take your hijab off “because it’s un-American:”

All Muslim women are often wrongly perceived and misjudged, but women in hijab bear the brunt of these ignorant comments because of the way that we look and how we choose to dress. I’ve been on the receiving end of some of these comments and heard others callously thrown at people I know. I wish I could say that people aren’t that misinformed, that they know better. But, unfortunately, that’s not the case.

As humorous as these responses are, they probably wouldn’t fly in real life. If someone asks you a stupid question or makes an insensitive comment, don’t just roll your eyes and tell them to educate themselves. Teach them something about hijab, especially if it’s someone you know. Don’t be afraid to start the conversation.

As for the weird guy on the subway who’s sitting two seats down from you and keeps giving you hostile looks, don’t bother with conversation. He’s either going to spit in your face or snatch your hijab off. Run, girl. Get off two stations early and run.