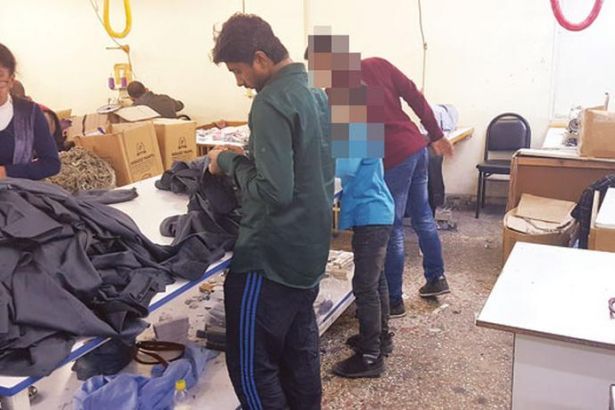 Children between the ages of 10 and 14 work in unregistered textile workshops in Fatih district of Turkey's İstanbul. Owners of these workshops prefer Syrian refugee children as a source of cheap labour. These children do hard works for wages as low as 400 Turkish Liras (110 USD).

According to Turkish Labor Law, children between 15 and 18 can work under the definition of "young labour" and the jobs that they can be assigned are defined by the law. Children between 14 and 15 can only work in a very limited field of jobs. It is totally illegal to hire children under 14.

The unregistered textile workshops are not controlled by the state. They are located in buildings, which seem like ordinary apartments when seen from outside. It is reported that people work under very unhealthy conditions. The workshops are crowded and not air-conditioned.

Mostly refugees work in these workshops, but Turkish citizens also have to accept these working conditions. People from Syria, Pakistan, Iraq etc. work as unregistered workers.