It’s June, which means it’s LGBT Pride Month! This is a time to celebrate people of all sexual orientations and genders. Here at AFF, we are of course celebrating by watching movies. People are often surprised to learn that queer Arab films and filmmakers openly exist, but they most certainly do and this misconception makes it all the more important that we acknowledge and celebrate them. To celebrate Pride, we have compiled a short list of Arab films that tackle the stories and experiences of LGBTQIA people. 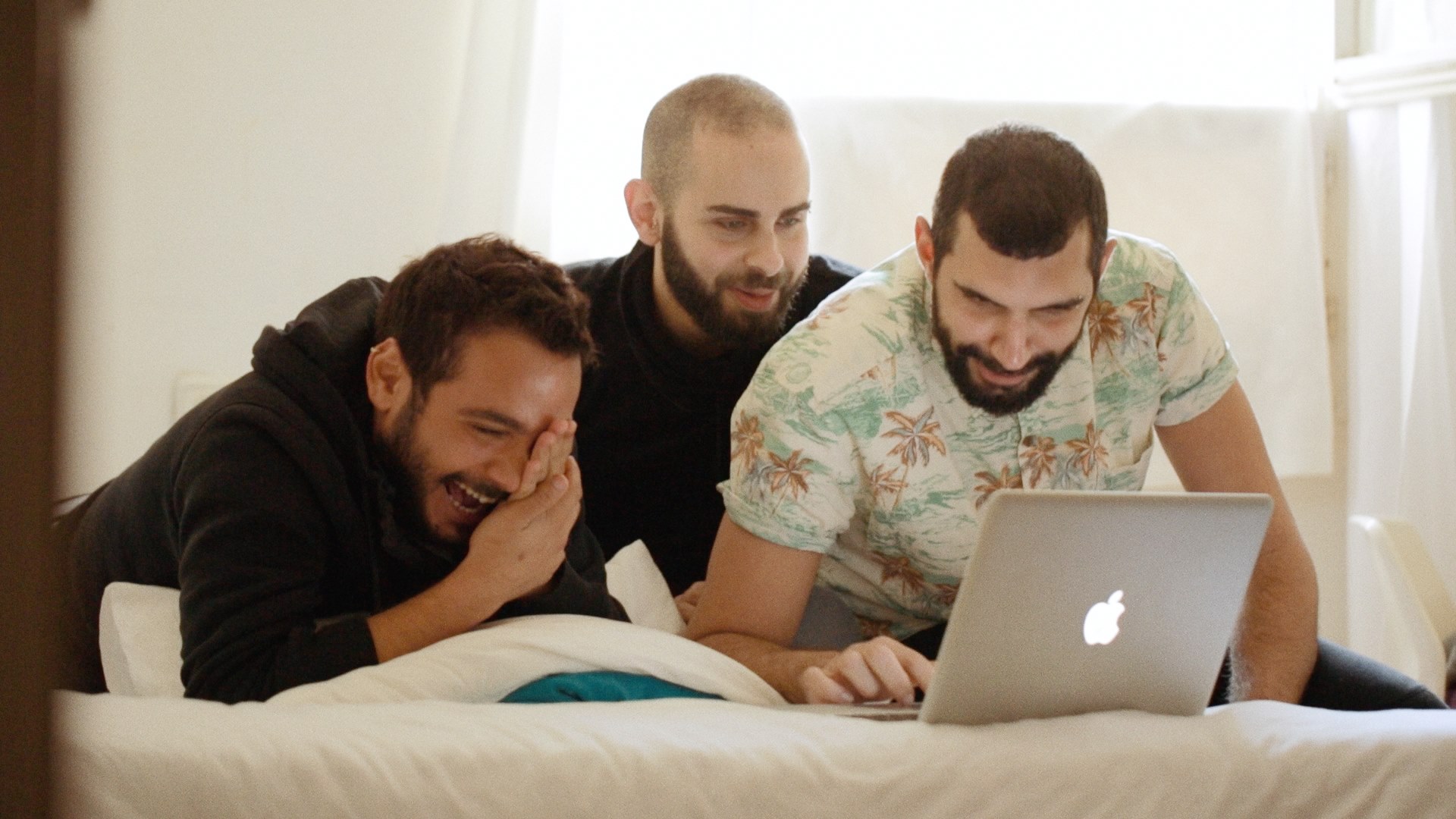 This documentary by Jake Witzenfield follows the lives of three gay Palestinian men who live in Tel Aviv. Throughout the film, they must confront both their national and sexual identities. The film stars Khader, a Tel Aviv “darling” from a well-known Muslim mafia family who lives with his Jewish boyfriend David and their dalmatian Otis. It also stars Fadi, a Palestinian nationalist who falls in love with an Israeli man, and Naim a man who must come out to his family about his sexuality. The three friends form a group called “Qambuta” that is a non-violent, cultural resistance movement that fights for gender and national equality.

Oriented is available to stream on Netflix and Amazon Prime It can be rented from iTunes, GooglePlay, YouTube, GooglePlay and Amazon Instant. It’s also available on DVD. 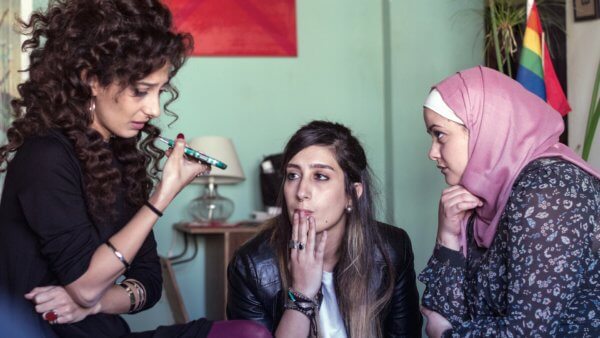 In Maysaloun Hamoud’s directorial debut, she tells the story of three Palestinian women living in Israeli society struggling with being accepted and deviating from the expectations of their culture. Lalia (Mouna Hawa), Salma (Sana Jammelieh), and Nur (Shaden Kanboura) are roommates living in Tel Aviv. Lalia, a criminal lawyer who likes to party after work, has found love with a modern Muslim man who can’t quite accept all sides of her. Salma, a DJ and bartender faces a difficult moment as she comes out as gay to her traditional Christian family. Nur is a college student who observes Islamic tradition and moves in with Lalia and Salma to be close to the university. When her conservative fiancé visits, however, he is threatened by her liberal roommates, and pressures her to move back to marry him immediately. All three women must learn how to accept themselves in the face of mounting pressure from their loved ones to conform.

In Between is available to rent on Amazon, iTunes, Vudu and FandangoNOW as well as on DVD. 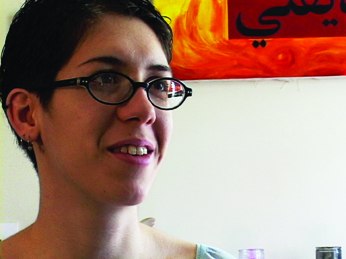 A documentary by Peter Barbosa and Garrett Lenoir, I Exist gives a voice to gay and lesbian Americans from the Middle East, who often remain silent out of shame and fear. This film interviews a number of young people and their families and allows them to share their experiences combating the negative stereotypes that revolve around both their sexuality and ethnicity.

I Exist is available on DVD from Arab Film Distribution and Amazon. 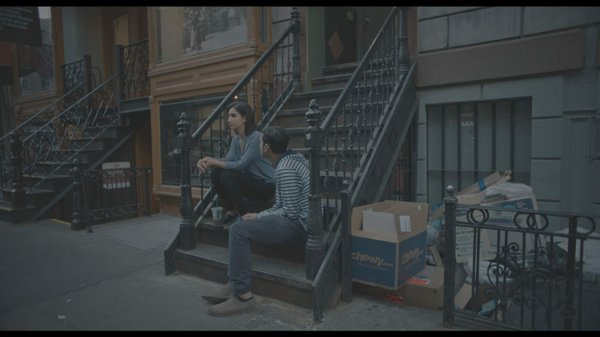 Rami, a young Muslim man, is preparing for his wedding with Sara while fulfilling a queer sexuality in secret due to a strict religious and cultural upbringing. This film is directed by Sam Abbas, an Egyptian-American filmmaker.

The Wedding is available to stream on Amazon or rent on Vimeo. 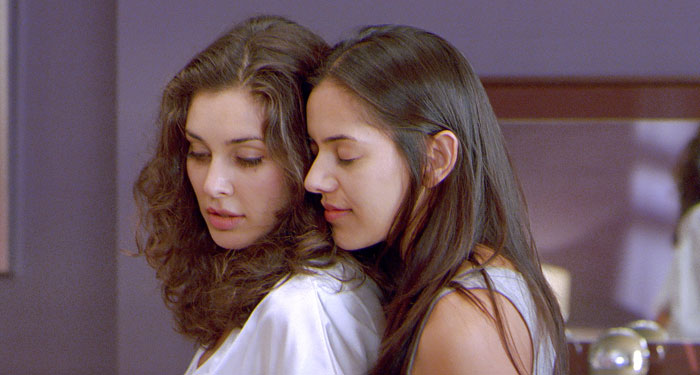 This romance story, which was directed by Shamim Sharif and is originally based on a book by the same name, follows Tala, a London-based Palestinian woman who is planning an elaborate wedding back in the Middle East. She meets Leyla, a British Indian woman who is dating her best friend. They are complete opposites but they find themselves totally attracted to each other, regardless. Despite the clear attraction, Tala cannot accept the implications of choosing to stay with Leyla so she flees back to Jordan. Leyla is insistent that she wants to continue to be with Tala, despite the objections from her very traditional family. As Tala’s wedding day approaches, she feels the pressure to be true to herself and must make a decision about the path her life will take.

I Can’t Think Straight is available to rent from Amazon, YouTube, GooglePlay and Vudu. It’s also available on DVD. 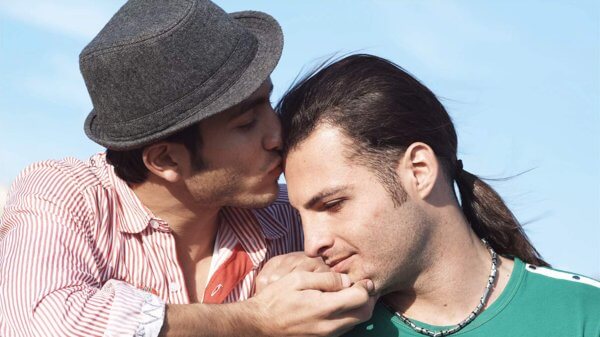 This film from Samer Daboul is a powerful and bittersweet tale of friendship and love in Lebanon, a nation that has been plagued by civil war for decades and where nontraditional relationships and ideas are reacted to with violence and hatred. Jason, an innocent young Lebanese man, befriends five free spirited young wanderers, who, like himself, are lost between traditional morals and their new generation beliefs in what is truly right. Their taboo alliances and out-loud statements result in tragedy and heartache, but in the end their commitment to one another and to a life of tolerance and equality allow them to persevere with the hope of creating a world in which bigotry and discrimination are a thing of the past. Out Loud is the first film from Lebanon with a gay theme that sets a new standard for cinema from the Middle East in the midst of the Arab Spring.

Out Loud is available to stream on Amazon Prime and to rent from iTunes, GooglePlay and YouTube. 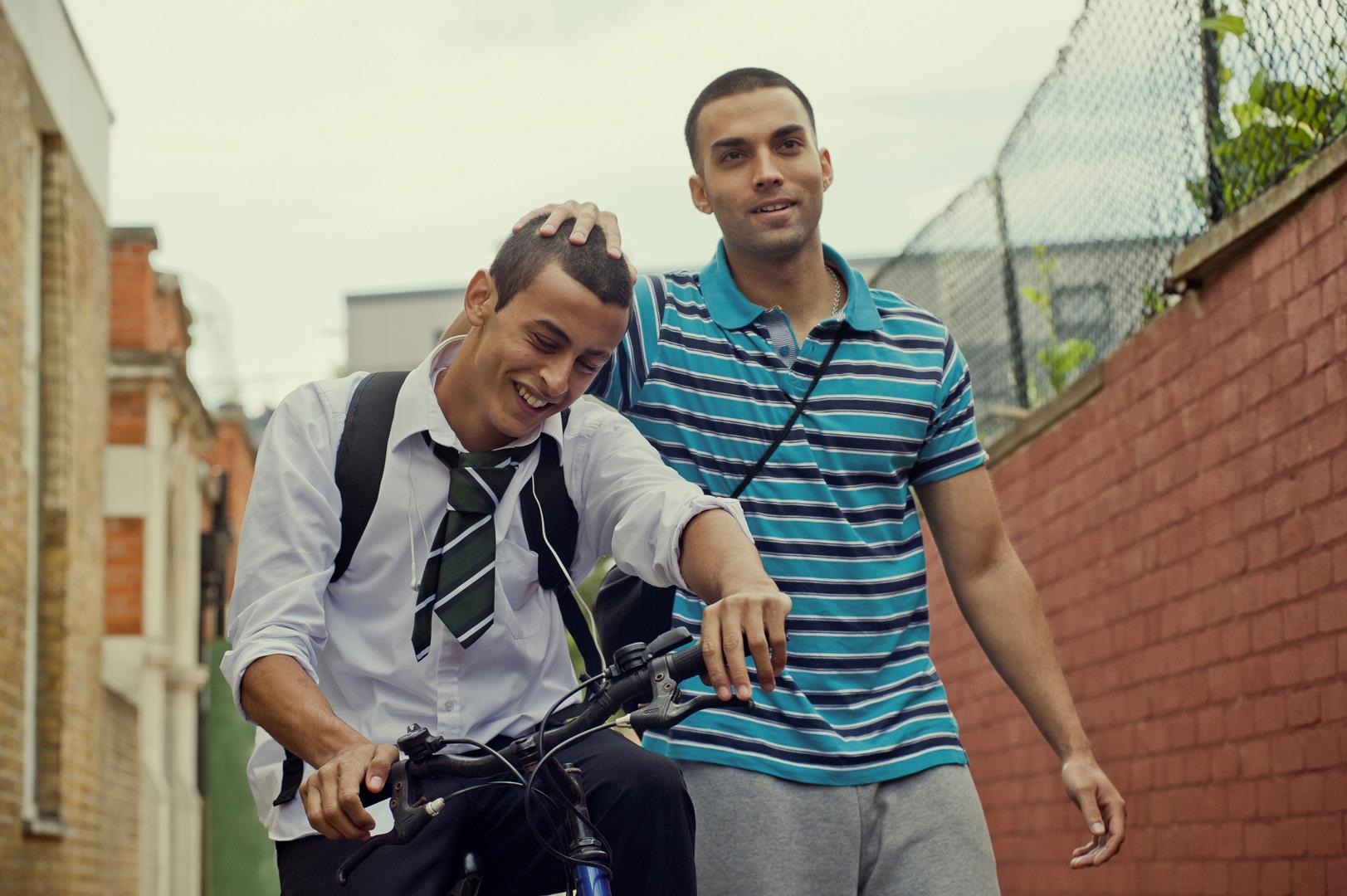 In this drama from Sally El Hosaini, two teenage brothers named Mo and Rashid (AKA Rash), who are of Egyptian descent and live with their parents in Hackney, find themselves tangled up in the dark world of drugs and gangs. Rash is a low level drug dealer who uses his earnings to pay for small luxuries for them while fiercely protecting his younger brother. But Mo wants to be like Rash and follows in his footsteps into a world that is far from glamorous. As their situation quickly goes from bad to worse, Rash dreams of finding his way out of the gang. He is eventually offered a “clean” job as a photography assistant for his friend Sayyid. He and Sayyid begin to get close and strike up an intimate relationship that makes Mo jealous and angry and pushes Mo deeper into gang life while pushing the brothers further and further apart.

My Brother the Devil is available to stream on Amazon Prime or to rent on Amazon Instant and iTunes. It’s also available on DVD. 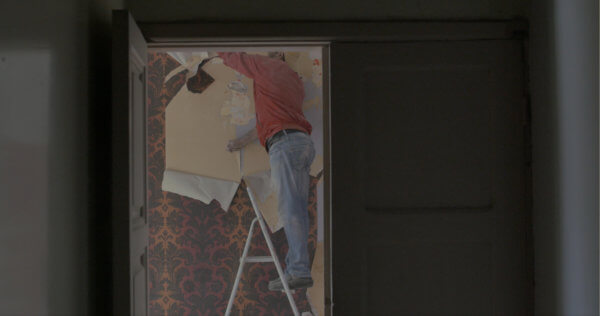 This biographical documentary follows the filmmaker, Anthony Chidiac, a young man who shares a Beirut apartment with his mother and pet dog. In the film, he sets about reconstructing his identity by renovating his bedroom. But as the male construction workers come and go in the freshly embattled household, new questions, old arguments and unexpected passions get stirred. 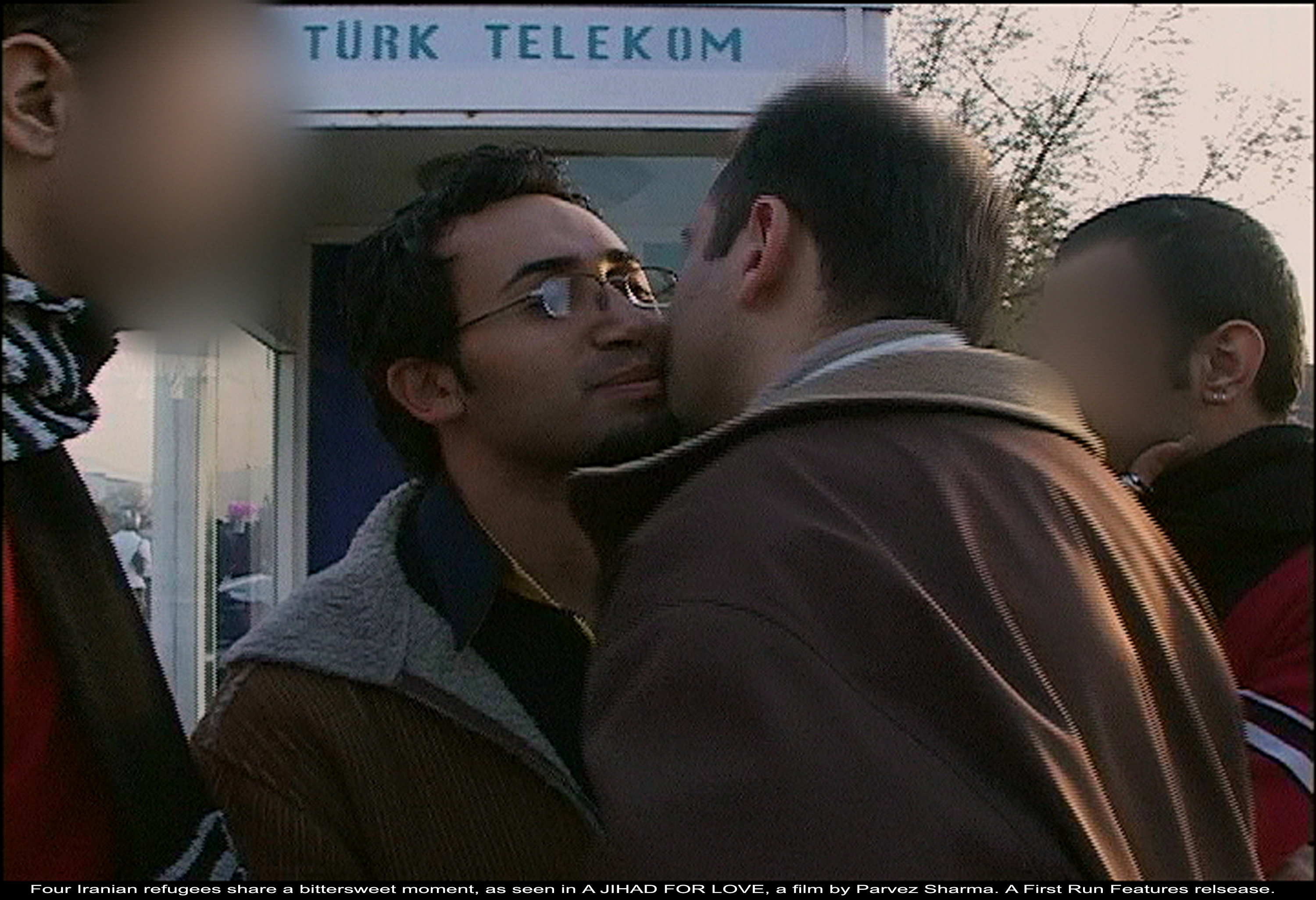 A Jihad for Love (2007, USA/UK/France/Germany/Australia)

Filmed in 12 countries and 9 languages, this documentary, directed by gay Muslim filmmaker Parvez Sharma, tells the colorful and varied stories of gay and lesbian Muslims from all over the world. It explores the complex intersections of religion and sexuality and the concept of a greater personal Jihad, the true definition of which is “an inner struggle” or “to strive in the path of God”.

A Jihad for Love is available for rent on iTunes as well as on DVD. 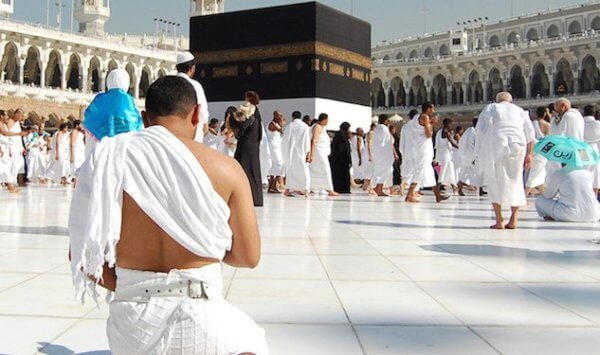 For a gay filmmaker, filming in Saudi Arabia presents two serious challenges: filming is forbidden in the country and homosexuality is punishable by death. For filmmaker Parvez Sharma, however, these were risks he had to assume as he embarked on his Hajj pilgrimage, a journey considered the greatest accomplishment and aspiration within Islam, his religion. On his journey Parvez aims to look beyond 21st-century Islam’s crises of religious extremism, commercialism and sectarian battles. He brings back the story of the religion like it has never been told before, having endured the biggest jihad there is: the struggle with the self.

A Sinner in Mecca is available to stream on Amazon Prime or rent on iTunes, YouTube and GooglePlay. It’s also available on DVD. 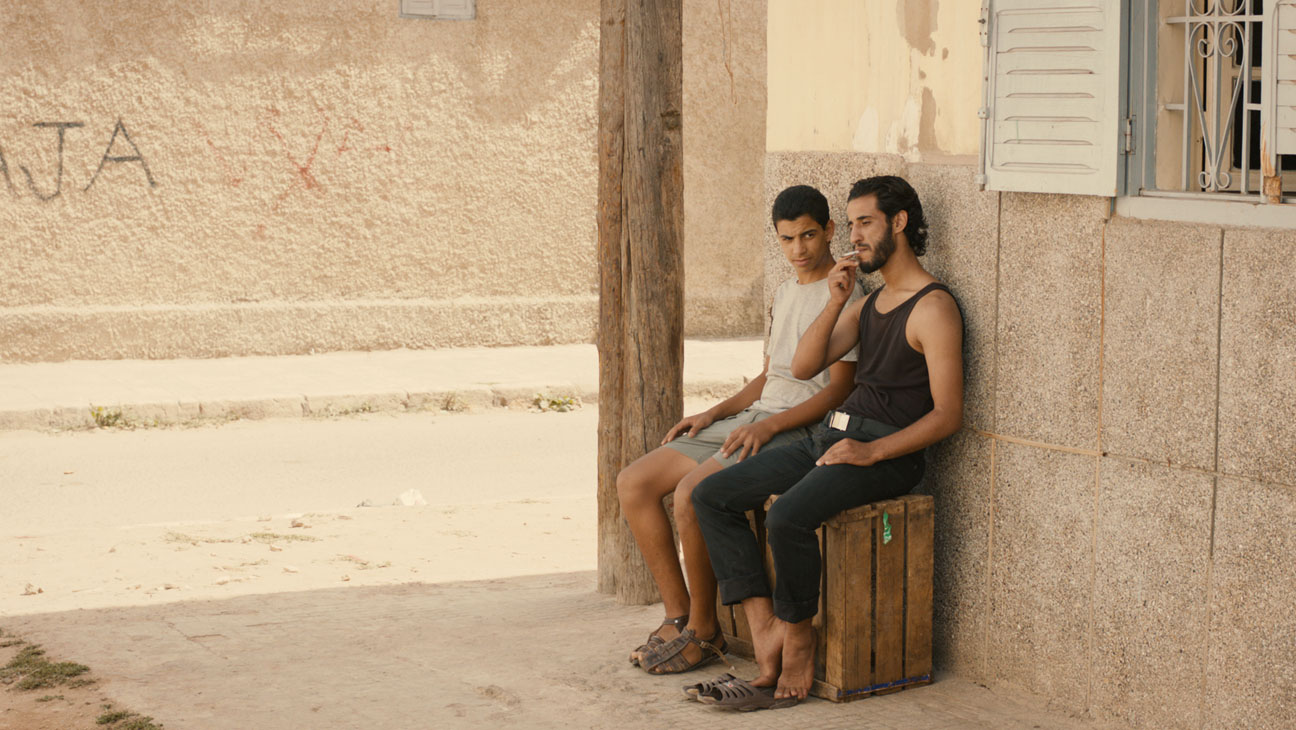 In this directorial debut by Abdellah Taïa, Abdellah, a young gay man, is trying to find his way through the difficult sexual, political and racial climate of Morocco. He is part of a large family with a distant father, a demanding mother, an older brother he looks up to, and some predatory older men, all in a society that doesn’t recognize or support his sexuality. He eventually decides to move away to Geneva for college and though he finds new found freedoms in Switzerland, he must come to terms with the loss of his homeland.

Beirut is a city where any person can experience loss at any moment . Walid lost his hope for love. May couldn’t say goodbye to her lover. He died in the sea. Antoine was about to lose his own life.
Omar a photographer lost his male lover in an explosion. He casts the three and invites them to his studio, and together they express stories of sex, love and trauma in the city of Beirut. Visitor after visitor, chapter after chapter, Omar loses control and provokes danger. This film is directed by Mohamed Sabbah. 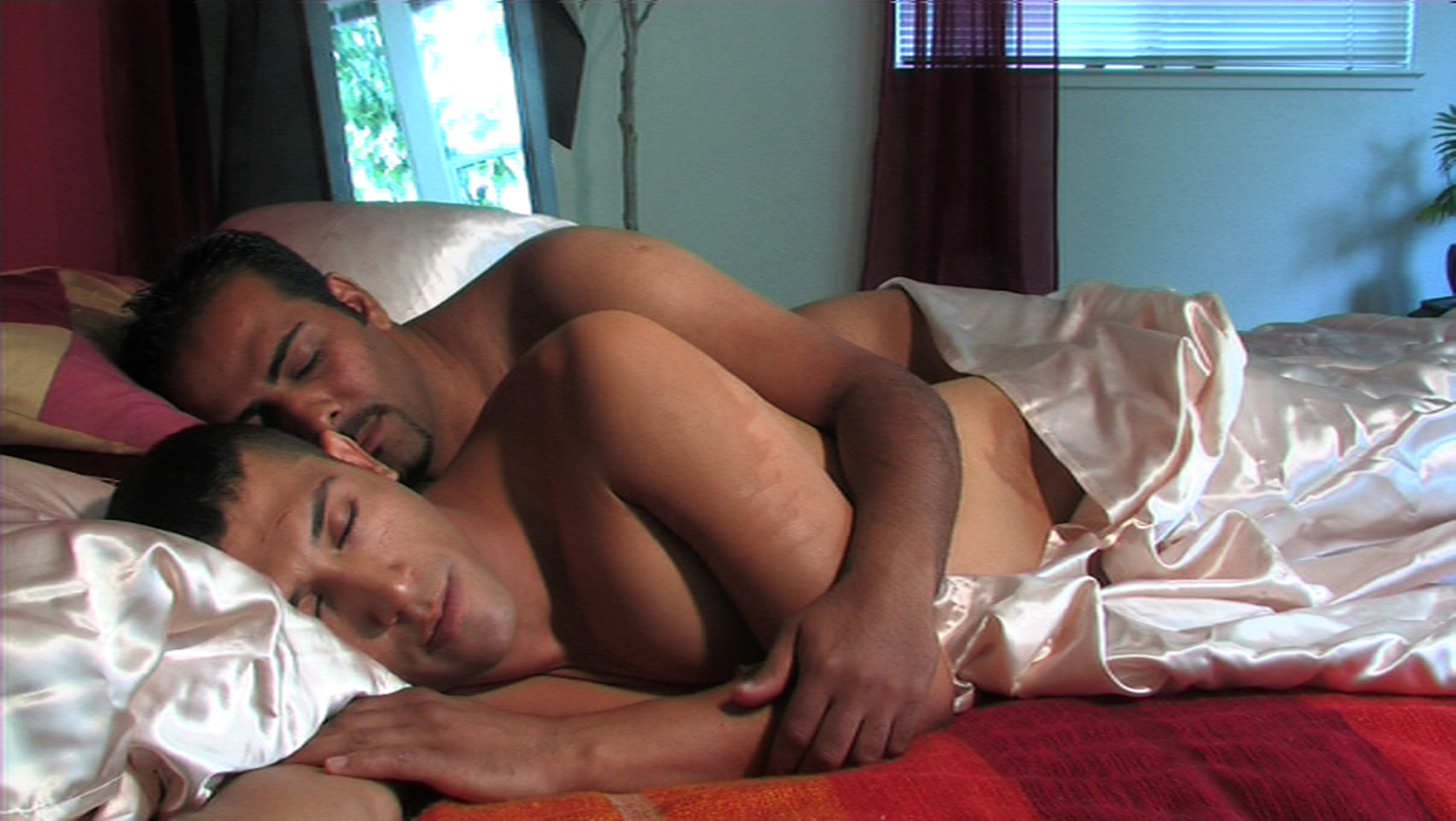 For Rami, the star of this film by Maher Sabry, all is well in the world, just as long as he keeps to himself. He is 26, living in Cairo, working as an accountant, studying dancing and dating a man named Waleed. But when Waleed suddenly dumps him to marry a woman, Rami must face the reality of life as a gay man in Egypt. All of this comes at a time of a major crackdown on gay men and the notorious Queen Boat arrests of 2001. Rami finds himself spiraling downward before finally hitting rock bottom. 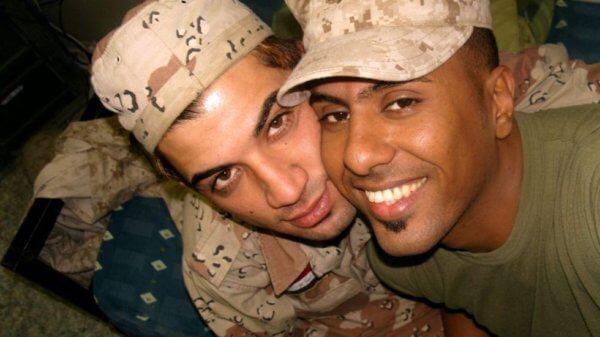 In 2004, Ramadi was the most dangerous place on earth and the last place anyone would expect to find love. But that’s what happened between an Iraqi translator working for the U.S. and an Iraqi soldier. Directed by Chris McKim and Eva Orner. 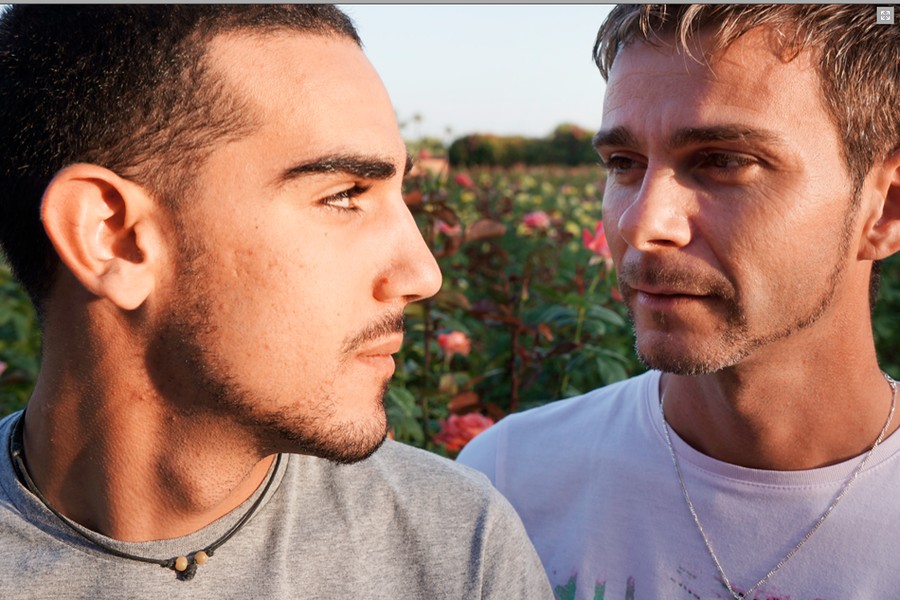 Production still from I Am Gay and Muslim (2012)

I Am Gay and Muslim (2012, Morocco/Netherlands)

This documentary, filmed by Chris Belloni, focuses on gay rights in the Islamic world. The film follows young gay Moroccan men as they explore their religious and sexual identities. The men speak openly about their experiences and the secretiveness of the lives they live. 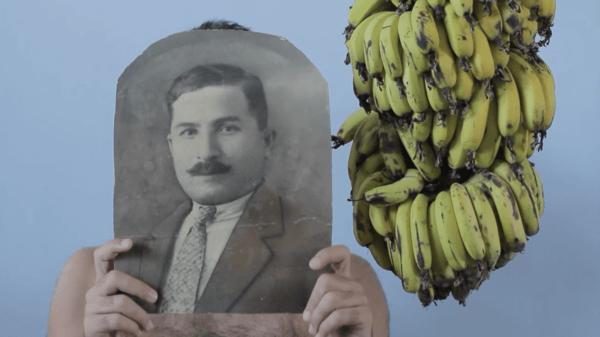