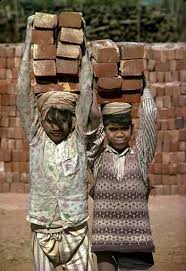 About 1.9 million children in Ghana between the ages of five and 17 are involved in child labour, a Ghana Statistical Service survey has found.

Among this number, 1.2 million children in the same age group are engaged in hazardous forms of child labour.

The GSS, which conducted the Ghana Living Standards Survey Round Six (GLSS6) between October 21, 2013, also indicated that the number of children who do not go to school but participate in economic activities was higher than those in school.

It also indicated that children who participated in economic activities while attending school constituted 26.3 per cent while their non-schooling counterparts constituted 41.6 per cent.

For children currently in school, only 5.4 per cent worked for 43 hours or more compared to 36.4 per cent of those not attending school.


Among the schoolchildren who were not in school, the proportion who worked for 15-42 hours was almost the same for males (44.6 per cent) as females (44.1 per cent).

The survey revealed that male children in child labour were slightly higher than females while the number in the rural areas is higher than those in the urban areas.

According to the survey, children in the rural savannah areas who participated in economic activities was higher as compared to those in the rural forest and rural coastal areas.

The proportion of children who participated in economic activities among the 15-17 years bracket was 42.9 per cent while those in the five and seven year group was 9.9 per cent.