To most American tourists, Morocco is the Tooth Fairy of travel destinations -- mythical, colorful, and otherworldly. Snow-capped mountains overlook open-air spice markets. Unforgiving deserts are flanked by ecstatic music festivals. Sand dunes meld into bustling souks and towering minarets, all of which function harmoniously within the same glorious province.

Sitting at the crossroads between Europe and the Middle East, the expansive country is a spectacular, disorienting mix of old world and new age culture. It’s the sort of place you come alone to do a little soul-searching. Or with your person to test some boundaries. Or with your roommate, for that matter, to purchase some truly exceptional home goods without the Urban Outfitters markup.

But the trouble with visiting such a grand, eclectic country is figuring out where to go. And with so much territory to cover, winging it simply won’t do. Lucky for you, we’ve got some local intel, courtesy of Intrepid Travel -- an organization that runs 27 different journeys across Morocco. Together, we’ve masterminded a guide to absolutely everything you should know before you find yourself camel-borne, trotting into the Sahara. 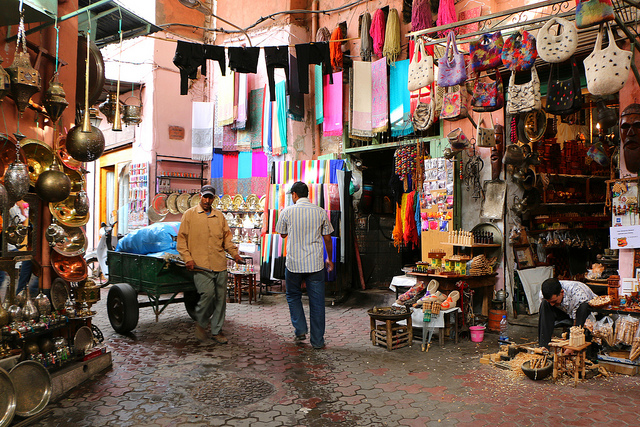 Don’t try to tackle Morocco in less than a week

Morocco is roughly the size of California, so don’t go thinking it’s in the realm of a three-day weekend getaway. According to Moroccan native Redouane El Mouatasim, you’ll need at least a week to explore the area in good faith. “Then you can make it to the imperial cities like Marrakech and Fez, and out to the desert,” he says. “Maybe spend a day on the coast.” El Mouatasim works with the Peak DMC team in Marrakech -- an agency under Intrepid Travel, offering guided trips around the country.

As precious as those sweet, sweet PTO days might be, even a week’s vacation is cutting it close. “You’ll be rushed,” he continues. “Ten days to two weeks is perfect; you can actually spend two nights in some places, and maybe even get some rest.”

You’ll need to plan ahead to get around

Unlike Europe, you can’t cover Morocco by train. You can take the train between major players like Marrakech and Casablanca, while smaller cities like Agadir, Taghazout, and Essaouira are accessible via regular bus services from three major companies (Supratours, CTM, and Satas). The latter bus line ventures into the more remote areas of southern Morocco, but if you want to get all the way out into the Sahara Desert, El Mouatasim says transportation gets a little more tricky. “You’ll need to get a bus to a town maybe 40 miles from the Sahara, then you’ll need to either rent a car, or go with a company that does excursions out into the desert.”

Go to Marrakech first. Make it your home base.

When you picture yourself wandering through a Moroccan medina, you’re most likely envisioning Marrakech. Snake charmers, fortune tellers, and merchants manning stalls packed with straw bags and cloth pants crowd the main plaza by day, only to be replaced by a smoky, tantalizing food bazaar at night. From all sides, chefs will beckon you towards their roasting goat’s head meat -- which you should graciously accept, along with bags of dried peaches and heaving plates of hot, sticky couscous. Eat without reserve: No meal here will cost you more than $10.

Admittedly, Marrakech is tourist-heavy, but you can treat the city like your Moroccan training wheels: It’s your gateway to the rest of the country. The place is largely safe and welcoming, making it a solid destination for students or women traveling solo. You can find comfortable accommodations in a riad -- a traditional guest house -- for $40 a night or so, and there will surely be staff nearby to help you navigate the city once you’re settled. 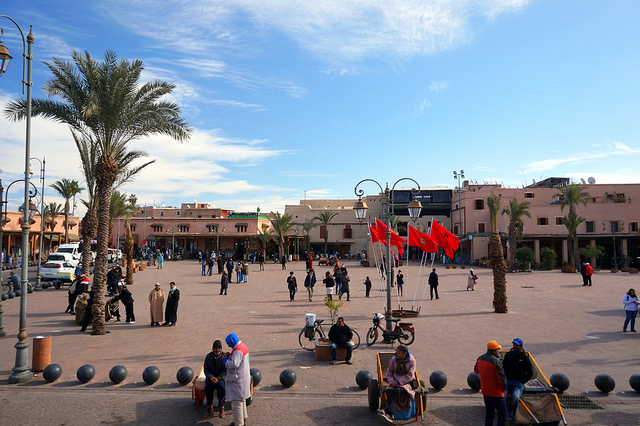 And when you’re ready to explore further, the coast, desert, and mountains lie just beyond Marrakech’s borders. Plus, the city is your best bet for flights -- so make it your first stop.

See Rick’s in Casablanca, then get the hell out of there

Yes, the draw of walking into the same bar as Bogey and telling whoever’s there to play it again, Sam might be strong. But it’s not worth basing your entire trip around.

“Stay a night, but not more,” says Zina Bencheikh, general manager of Marrakech Peak DMC. “See the Hassan II Mosque; it’s the only one non-Muslims can access in Morocco. Go for a drink at Rick’s, but there’s not much to do aside from that.”

Go to Fez for the real deal 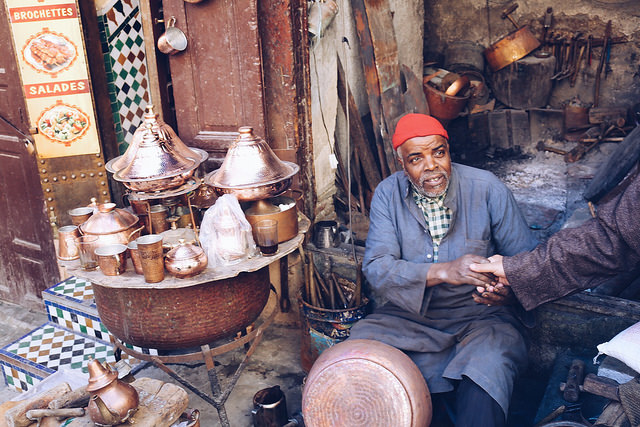 “Fez is a bit dirtier than Marrakech, and more authentic,” says Bencheikh. “It’s less for tourists, and the history there is the history of Morocco. And the food in Fez is the best you’ll get in the country.”

Be warned: You will get lost. The labyrinth of colorful, narrow streets in Fez wind into one another forming an impossible maze. But however disorienting, they’re stunning -- and the deeper you lose yourself in their entanglement, the more fully you’ll immerse yourself in the culture. It’s worth spending at least two to three days here to allow for plenty of just-walking-around time. You’ll see quaint homes in a marvelous variety of colors, offset by lines of clean laundry, hanging out to dry. You’ll visit 11th-century leather tanneries where half-dressed men spend their days dying hides in the hot sun. And once you’ve sweated out just about all the toxins in your body, take a day trip to the Roman ruins and baths in Volubiles.

Get to The Blue City before Instagram ruins it

You’ve undoubtedly seen hundreds of photos of Chefchaouen -- The Blue City -- and declared immediately that you must go. You, and 300 million other people. 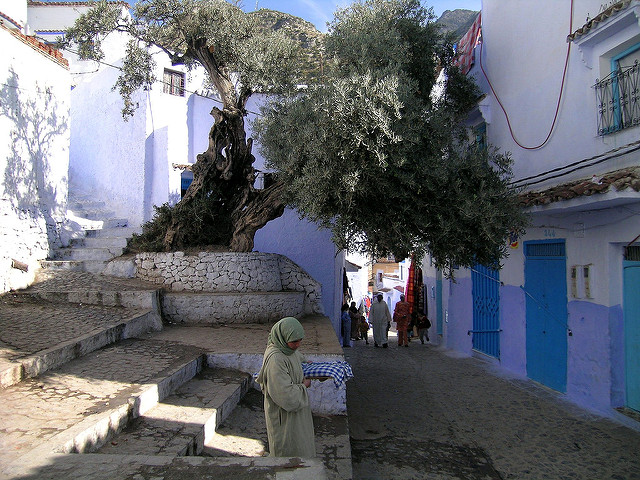 This small town of blue-washed buildings, punctuated by throngs of colorful flora and fauna, looks ready-made for Instagram. But 2018 might be the last year you can get a good shot without mobs of fellow tourists in your way.

“It’s small, and there’s not much to do there aside from take pictures,” says El Mouatasim. Chefchaouen is relatively tucked away, surrounded by the Rif Mountains (it’s a long bus ride, but doable). “People can get there easily and I’m afraid soon it may be too touristy.”