In Cairo’s 6th of October, near Little Damascus, a grassroots non-profit is running a school to help disenfranchised refugee children get back into the classroom. We meet the co-founder of Fard, and unravel how this female trio built an organisation that helps over 13,000 people. 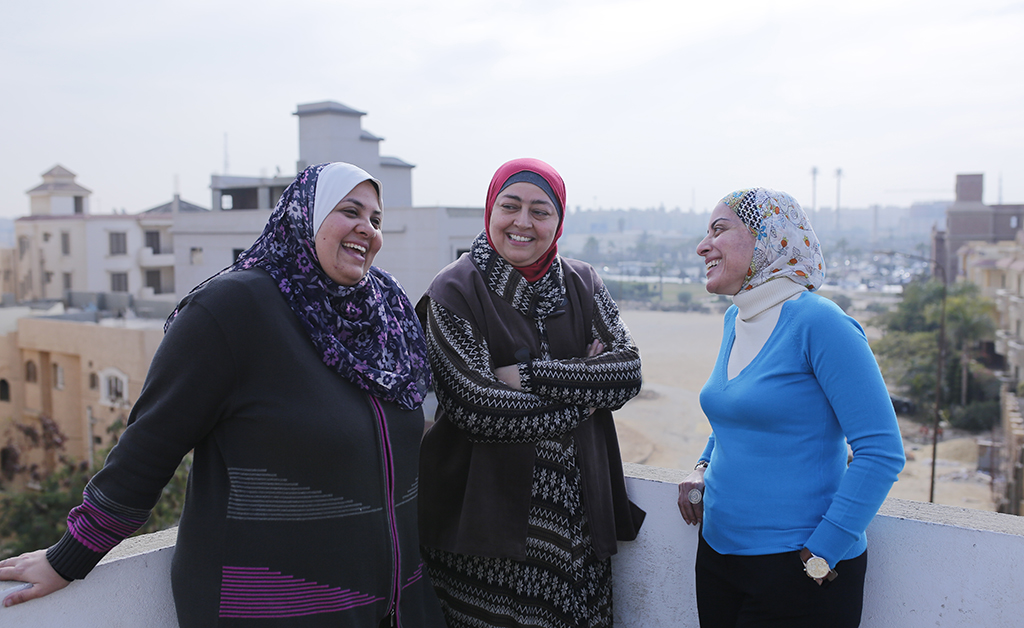 It’s a windy morning in this bustling courtyard at the edge of the desert, somewhere between the scattered housing compounds that make up Cairo’s satellite city of 6th of October. Behind the green gates that lead to this improvised school, dust is unforgiving and isolation is abysmal. But inside the school, where children are restlessly running and mothers socialising, the ruthless desert seems like a whole world apart.

“At first I thought the quality of education wouldn’t be good – the fees were so low. But my children like the education they are receiving; they like their teachers and they feel comfortable,” says Hadeel Salem, a Syrian mother who found solace in this makeshift school, where Syrian teachers offer familiar sounds to children who’ve lost everything that once meant home.

Having arrived from Damascus four years ago, Salem's income working as a home-based cook, as well as the EGP 1,600 allowance she receives from UNHCR per month, do not allow her to register her daughters in a private school. And despite Egypt allows Syrian children to attend public schools, the language barrier, the lack of space in overcrowded classrooms and - at times - sexual harassment can feel all too overwhelming for children who have often endured tortuous journeys to escape war. 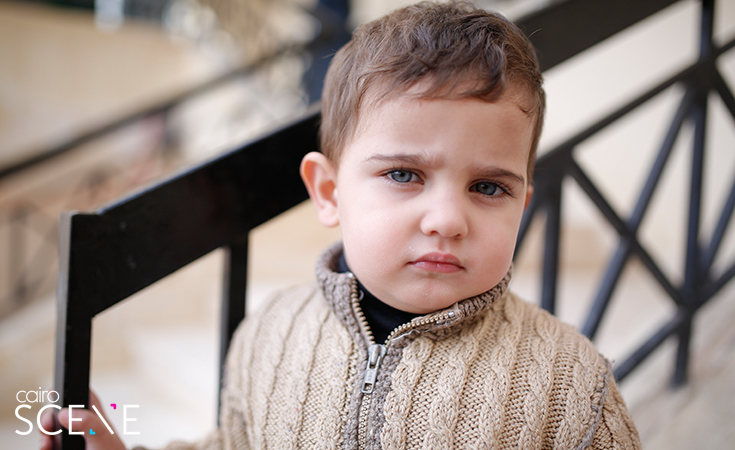 Fard's educational center gives 850 Syrian children a chance to go back to school.

“Many Syrian refugee children have been out of school for three or five years because of the war; this poses a great danger and is leading to a lost generation,” says Rasha Abu El Maati, co-founder of the NGO that set up the school, Fard. According to UNICEF’s ‘No Lost Generation’ Initiative, 2.1 million children in Syria, as well as 700,000 Syrian children in neighbouring countries, are out of school. “In Egypt, the government was generous in providing Syrian children with access to formal education, but they need special attention because having left school also affected their psychological wellbeing,” El Maati adds.

According to the social worker, 21 percent of Syrian refugee children in Egypt are out of school, a figure that is increasing as the lack of income is driving more and more families to take their children out of school to work and help their families.

“We wanted to bridge the gap and help them go on with their education,” says El Maati as she recalls the inception of Fard’s educational centre. Every day, a series of microbuses pick up the 850 students that regularly attend the school, where 97 Syrian teachers and staff members help them catch up with the content they missed as they escaped conflict. “Children then sit for midyear and final exams at Egyptian formal schools, in order to obtain their accreditation at the end of the year,” explains the woman, who set up the school three years ago, with nothing more than four students and a couple of friends who volunteered. 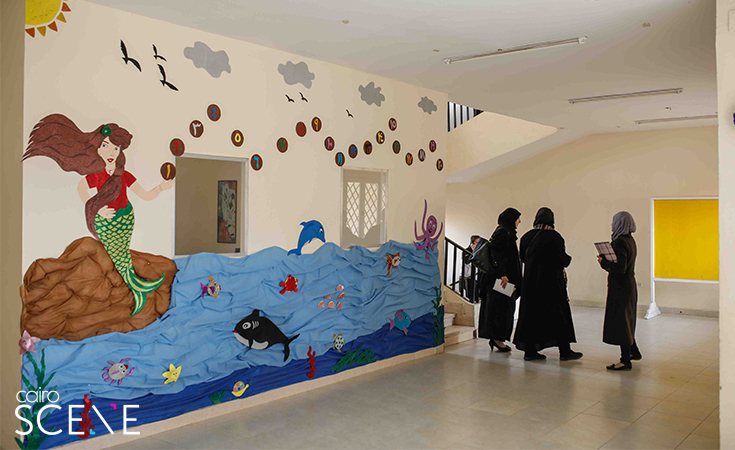 21% of Syrian refugee children in Egypt are out of school.

“We felt we had to do something”

“When we first started, we had no idea what we were doing; none of us had worked in an NGO before; not even as a volunteer; but we were seeing the influx of refugees, especially to 6th of October city - where we were living - so we felt we had to do something,” she recalls.

The 50-year-old Egyptian woman, who was born in Kuwait and moved to Canada to pursue a career in Statistics, was home-schooling her children when she met co-founders Eman El Kholy and Heba Mourad, an accountant and a biomedical engineer who were running similar initiatives, urged by the common sense of solidarity towards Syria’s refugee crisis.

“We had no data and we knew no one, so we started knocking door to door to understand the needs of the families,” El Maati says. “Egypt is different from other host countries like Lebanon, Turkey or Jordan, where refugees are put in camps. Here, they arrive by plane and are left on their own to find a place to settle down. Syrians always tend to seek opportunities, so they are scattered everywhere; that’s why it was difficult to locate them,” she recalls. “Then we began joining forces with friends and family members, with doctors who could help offering medical services and Egyptian students from universities who are enthusiastic to help Syrians.”

Today, their four-year-old non-profit Fard - located close to Little Damascus - helps 13,500 individuals, employs over 220 Syrian people - 87 percent of which are women - and has partnerships with major organisations such as UNHCR, the French Institute, and the Embassy of Japan. “We have lots of ongoing projects with international NGOs, but the main donor for us remains the Egyptian community,” says the co-founder, as she explains the challenges Egyptian NGOs are facing when getting funds amid an increasingly restrictive NGO legislation.

“We don’t have specific fundraising events or big events because there are restrictions from the Ministry of Solidarity, so we depend on small-scale donations. Besides, because of the situation we were in, we started with a crisis so we had to work in a crisis situation all the time. We didn’t have time to advertise or market ourselves,” she says. However, the solidarity of Egyptian private institutions, she says, came as a surprise. “A lot of Egyptian private schools were incredibly helpful. CAC opened their warehouses and told us to take whatever we wanted, as well as Cairo British School in Egypt, and Alsson, where we are holding activities with our children so students can connect with them, go back and raise funds.” 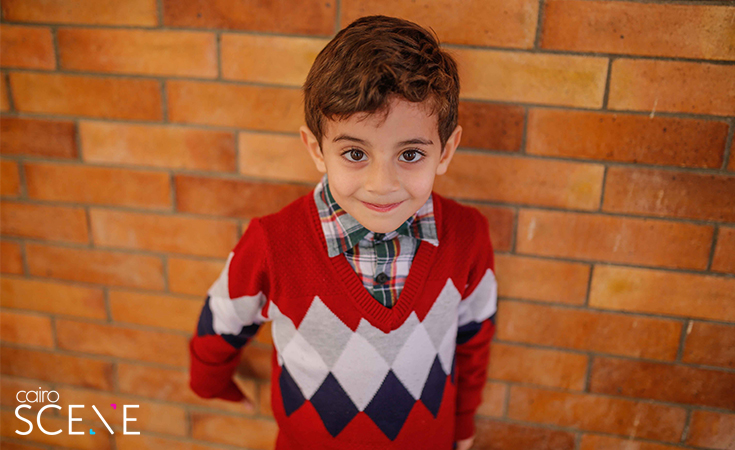 The NGO gets funds from small-scale donations to assist the over 13,000 families they serve.

Aside from their now popular school, Fard runs vocational programs for adults – such as carpentry and crochet knitting for women -, employability programs for youth, and community programs in order to assist elderly people and increase social cohesion with their host communities. “Refugees cannot obtain a work permit in Egypt, so this is another challenge because most of them are forced to work in the informal sector, where they are underpaid and jobs are not sustained,” she explains.

“People have to know why these people are here; they are not here because they are poor, they are here because they have life-threatening situations and there is war going on in their countries. Nobody is immune to be a refugee,” she concludes.