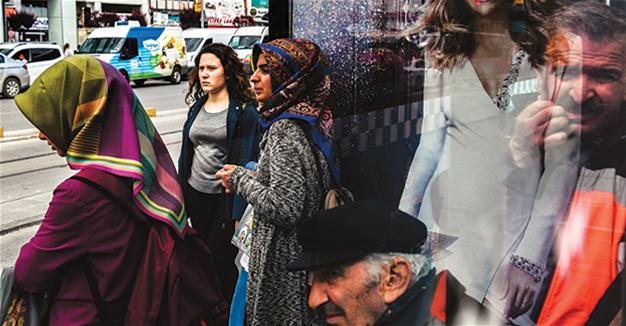 Some 45 percent of young Turkish females aged between 15 and 24 consented to arranged marriages while 35.3 percent had married husbands of their own choice in 2016, according to a report published by the Turkish Statistics Institute (TÜİK) on May 16.

The report titled “Youth in Statistics, 2016” also revealed information on young males, indicating that some 33.4 percent of young Turkish men married through arranged marriages, whereas the number was 45.3 percent for those who got married with wives of their own choice.

Provinces with the lowest proportion of young population were the Aegean province of Muğla with 13.2 percent, the Marmara province of Balıkesir with 13.5 percent, and the Black Sea province of Sinop with 13.7 percent.

According to results from a survey on life satisfaction, in 2016, the proportion of young females at the age group of 18-24 who said they were happy was 70.2 percent, while it was 60 percent for young males.

Health was the primary source of happiness among young people, followed by love and success, according to the results of the survey.

According to the results of the life satisfaction survey, 63 percent of young females were satisfied from the education they received up until now, while this figure was 64.2 for young males.