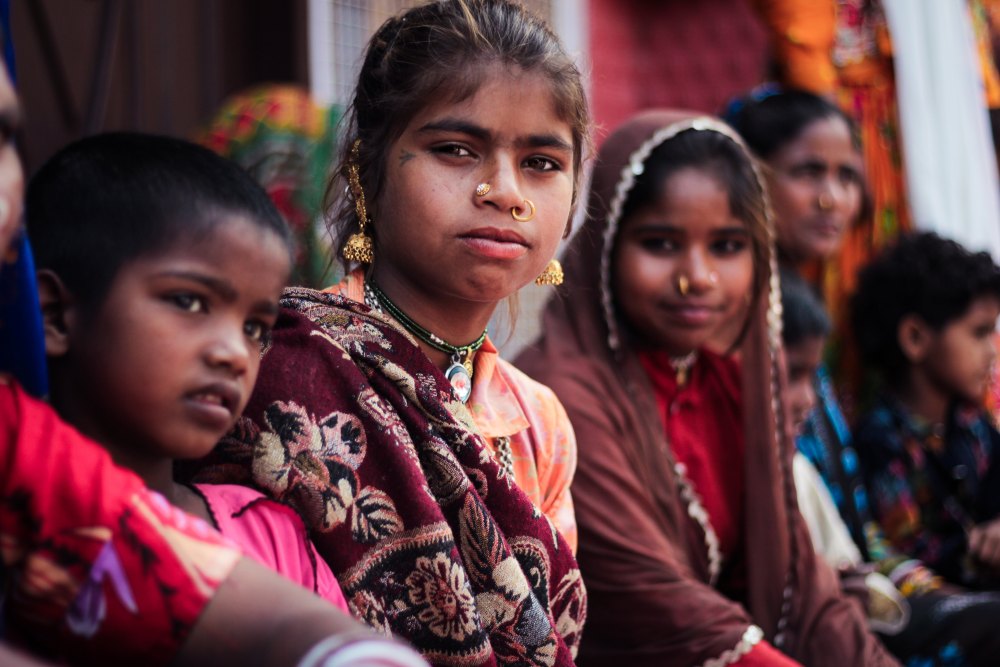 In the recent months, sufficient controversy & public discourse has been generated about the popularity of Rupi Kaur – a Canadian poet of South Asian descent. Kaur has gained substantial international fan-following via social media, Instagram in particular, for writing condensed verses accompanied by minimalistic sketches that skim over subjects pertaining to immigrant life, gendered violence, female bodies & struggles faced by young girls in general. She does so without actually diving into any competent depths of these arguably compounded and divergent subject matters. She has received international fame and flak for her cater-to-the-lowest-denominator style of work that has led to comparisons with Hallmark cards and Rumi in the same breath. In all the criticism that Kaur receives, the point of personal vexation for me is the lack of spotlight on contemporary South Asian women poets who have been doing the emotional labour of dedicated tending to these very issues within the diasporic nooks, inspecting the embodiment of inter-generational trauma within the subaltern as well as the native, & cross-examining the voltages of cultural variances as brown women. In the event of this sudden explosion of popularity and a seemingly new interest in work by women of South Asian heritage, we would like to steer a little further away from focussing on Kaur and instead use this opportunity to list some remarkably skilled, courageous and nuanced voices. This list by no means is exhaustive & is considerably short but open to expansion. However, it can serve as a good introductory curation of contemporary women poets of South Asian lineage who write in English.

Shailja Patel – It is important to initiate with a caveat that Shailja Patel is a third generation East African of Indian-Gujarati lineage. She states this rather clearly – ” “I read as ‘Asian’ phenotypically, but I am ‘African’ by birth, geography, and worldview.” However, her work in all its exuberant, penetrating delivery does delve into thematic immersions about the “inheritance” of colonialism, the aftermath of Empire & the lives of immigrants who have to daily strive for balance within their innate and exterior physical & psychological landscapes. She tackles what is insoluble and thereby necessary to investigate & articulate. In the truest definition of a poet as a scribe, her poems are documents of witnessing. I first came across her work several years ago while trying to canvass the body politic in writing by Women of Colour living and working outside USA and UK. The poem I read was titled “Dreaming in Gujarati” from her phenomenal book “Migritude”.  Her lines attained an anomalous incisiveness in describing displacement as something that is not makes even the lingual deeply political – a tentacled grasp of otherness. This is a poignant reflection of someone who is navigating English as second language – fraught with a sense of “unbelonging” while also trying to map the memory from a native language their tongue might be forgetting slowly.  A significant amount of her work is informed by fearless political activism and community-building. There are very few writers who can combine theatre, poetry & activism into a never-ceasing dynamo of change as she can.

If we cannot name it, does it exist?
What becomes of a tongue of

temple bells,
when its children grow up

in Silicon Valley? To be
programmers?

Arundhathi Subramaniam – I had the pleasure of participating in a reading with this exquisitely gifted poet last year and what struck me the most in her public demeanor was a sense of infinite calm that resembled the intelligence of flowers. Her ability to engage with a young audience in a room that seemed to be mirroring a can of sardines without a moment of exasperation – over a volley of questions about how to better one’s work et al – was incredibly humbling and edifying. Arundhathi Subramaniam is the high priestess of technique meeting talent on the page. Her work illuminates the minutiae; casting a vivid glow around what can easily become invisible in the localized existence of an average Indian woman. No one is average when set to Arundhathi’s words. Her writing can transport you to the bylanes of Varanasi with the same ease as the Scottish muirs. During our reading, she said this of poetry – “[Poetry] is molten language, it does burn those who speak it.”

Like metal licked by relentless acetylene
we are welded –
dreams, disasters,
germs, destinies,
flesh and organza,
odours and ovaries.
A thousand-limbed
million-tongued, multi-spoused
Kali on wheels.

Nandini Dhar – I have been following Dhar’s work for some time now & it is a rich, resonant unspooling of growing up in a Bengali-Indian household (something I can personally, at least partially relate to)  juxtaposed against the global experience of an academe as a cultural transplant. Her writing is luminous even in its most puissant gutting. She can easily go from describing the texture of khichdi to detailing casteism and the losses incurred by a family during the British occupation of India. Everything she writes has a prismatic quality & remains unswerving in its devotion to creating jolts and breaks where you least expect them.

Nandini Dhar, From “To Say Without Uttering, 1959” (Published in Softblow)

become the ghnute-kuruni dasi.
No oil in my hair, not a piece
of gold anywhere in my bone-cracked frame.

The stench of cow-shit follows me into bed every night

Tishani Doshi – Few can séance a potent lyrical spell in poems quite like Tishani Doshi. Her writing has the sway of a flamboyante branch coming to life in the bristling heat of an Indian summer – its peculiar combination of orange-yellow setting fire to the sky’s edge. Tishani is also a dancer & this – according to me – seems to lend a certain pliancy & grace to the movement of her lines. Her poems can reference and soothe a tragedy with a rare symphonic grief that can exalt & honour the anonymity of the lives of fisherwomen in coastal India – she enters margins and allows herself to not be thwarted by them. Her poems flicker in your memory for a long while after you have read them as if they are small, vivid birds whose wondrous flights have been forever captured by your eyes. Apart from poetry, Tishani is also a novelist and has written “The Pleasure Seekers”.

Tishani Doshi, From “Love in the Time of Autolysis” (Published in Sangam House)

It will almost kill me to see the swarms
of blowflies colonise the fens and flower-
beds of your nose, mushrooms vaulting
from the mud of abdomen, skin so blue
and mottled, the bloat and putrefaction.
But darling, what of ruined flesh?
Of scorpion flies making Bloody Marys
and Bellinis from the dregs of your brain fluid?

Sascha Aurora Akhtar – Hers is a queendom of lightning  exposing the darkest wildwood. Think Mina Loy meeting Gulzaar in the light of a hot tandoor. Sascha Aurora Akhtar’s poetry is an electric tessellation that shuns conformity at every instance. Deep surrealistic imagery fuses with a reinvention of homeland that is and can’t be at the same time. There is a both the question & the celebration of not knowing who you are anymore once you have traveled so far away from your birthplace, your once-rooting ground. Sascha, who was born in Pakistan and has since lived in the USA & UK, is unusual in how she constructs the Deep Majestic voltage that underlines all her writing. In her, the hackneyed chants of the Declarative are refused in the favour of a more primal, occult-infused Imaginative.