What's the secret to a long and happy romantic partnership?

It's a question many of us have pondered at some point or the other, and it's a tricky one. There appears to be no one-size-fits-all formula here; the reality is no one can really claim to know the answer.

However, despite its elusive nature — or perhaps because of it — enduring love is something most people crave.

At Images we decided we could stand to learn a thing or two from couples who have truly stood the test of time.

We spoke to couples who have been together for 40 years or more to find out exactly what has kept them together over the decades. From overarching life philosophies to mundane everyday gestures that grow in importance over the years, they gave us some insight into what it takes to really make a marriage go the distance.

Jalil Jamil and Nuscie Jamil, married for 50 years this October 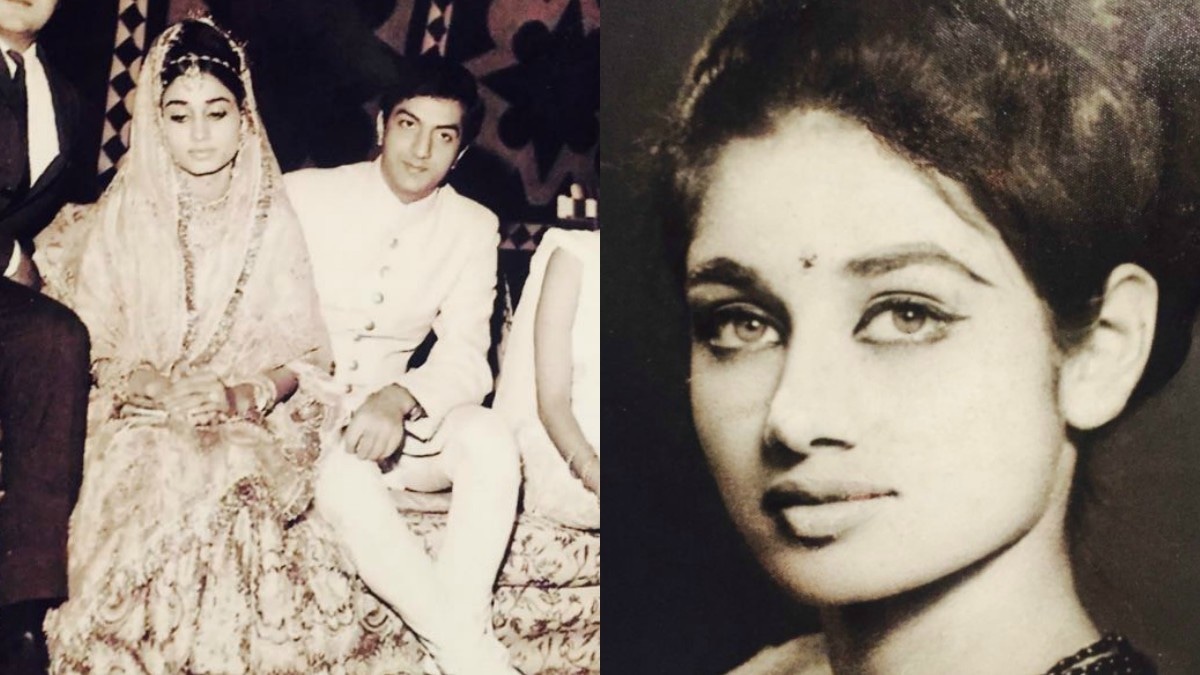 Images: How did you two meet?

Mr. Jamil: I met Nuscie when I was 18; I had gone up to Nathiagali for a month in the summer before I had to head back to Aitchison College and she was living in a house close to ours with some old friends of mine.

My relative who I was staying with told me that in the next house over, there's a very beautiful girl, why don't you go and meet her. And I said fine, I was 18, I was like girls are okay, sure. (chuckles).

And I was struck the moment I saw her to be honest. I remember her walking down the stairs, she was 16 at the time and I had just lost my hat; at 18, I thought that I want to get married now. That being said, she was very rude to me! For the two weeks I was there, she was extremely rude! So I went back to Karachi after Nathia, wrote to her and obviously she liked me so she wrote back. 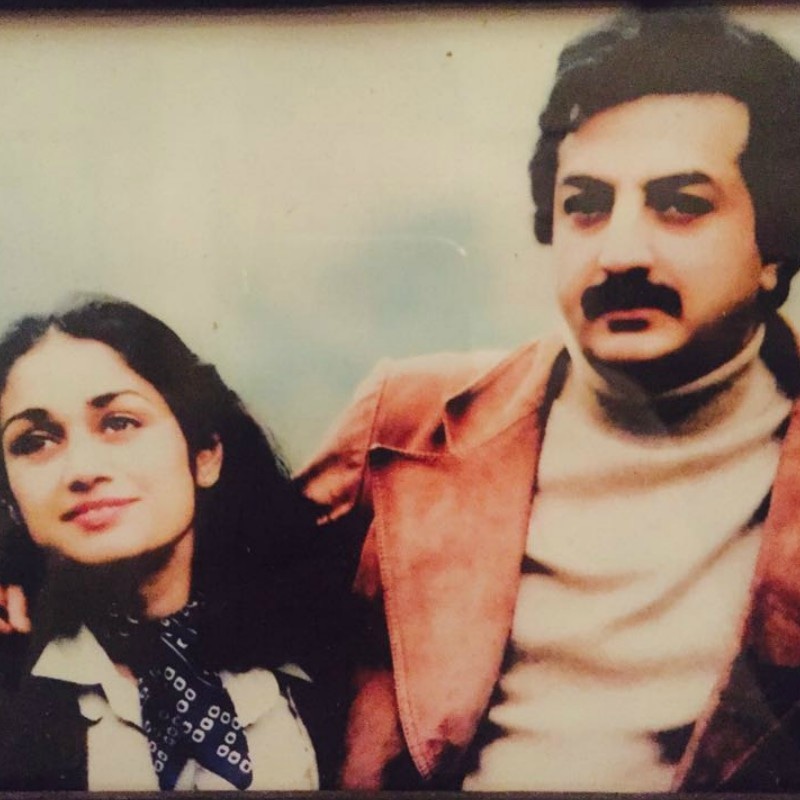 I came back to Lahore and we started talking on the phone. Eventually, she started studying at Kinnaird College in Lahore and that's when we started dating. She used to sneak out of the hostel and we'd go out for dates. Meanwhile I went away to London to study and we couldn't talk as often on the phone. This is 1964-1965 I'm talking about so you had to book calls and it would take two days to call from there. I started writing to her, for 3 years, I wrote 365 letters a year.

When we asked if she wrote back, he shares: "Yeah, like twice a month."

Images: So when did you finally get married?

Mr. Jamil: When I came back from London, things got heated up. She got caught with a walkie talkie so her mother got involved. I had given her one since there were no mobile phones at that time. So she'd go on the roof of her hostel and I'd be sitting outside in the car and that's how we'd talk. Her principal caught her and Nuscie would say I'm listening to commentary (giggles).

She got into trouble, so much so that she had to leave her hostel and go live with her aunt. Her mother then came to me, she liked me and in 1968, we finally got married after four years of sticking it out and now it's been 54 years since we met.

Images: Was marriage all that you expected it to be? What advice would you give to young couples?

Mr. Jamil: We were 22 and 20 respectively then, we had no idea what marriage was. But I've always thought I'm very happy to be with her, I'm still very happy. Marriage is all about adjustments and compromise. You have to tolerate and be compassionate with your partner. The only thing is for you to be able to do those things, you have to be in love with your partner, If you're not, you will react and eventually walk away so it depends on how much you care about the other person. If you care about them, you'll adjust. 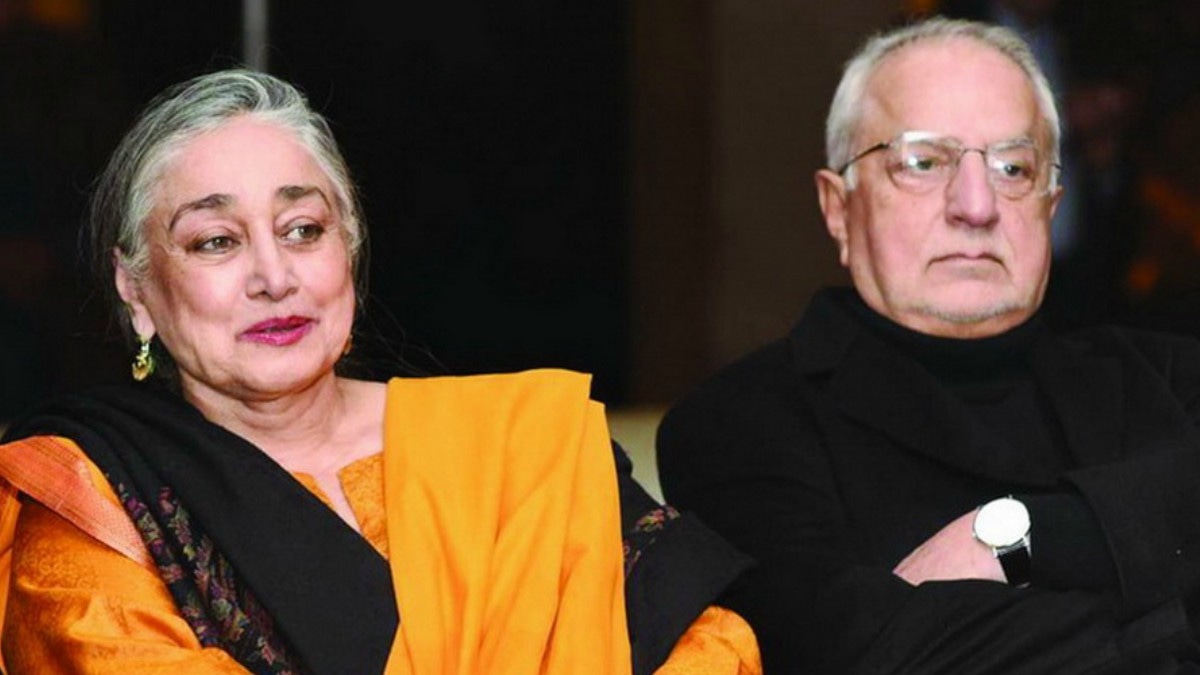 My marriage was pretty hunky-dory. I've had lots of ups and downs in my life, I don't want to get into that but my relationship with Nuscie has always been stable. She supported me through everything and that's the main thing. If you ask me what struck me at first, I'd say her eyes. Now, after all this time, there's so much more. She's very considerate, soft-hearted and compassionate.

Images: How did you meet?

Mrs. Khalid: It was an arranged marriage. I didn't know him at all and we didn't really get to know each other before getting married in 1978.

It's rather funny because I didn't want to marry him at all before! When they showed me his photo, it was a very bad quality picture. The colours were off so his deep maroon shalwar kameez looked like a vibrant but horrid purple. I actually asked my mother why on Earth would they even think about this silly man and that he looks so maatha. I trusted my parents so I went along with it but I asked my sisters and everyone not to show anyone that photo. So much for my knight in shining armour.

But thankfully, he was not like that bad photo and it turned out to be a beautiful marriage. He's loved me, he's taken care of me and I, him. I think there is no one out there like my husband. It was exactly what I expected it to be, after hearing about ideal marriages from our elders. And fairy tales.

Images: What value has marriage added to your life?

Mrs. Khalid: It taught me that the ultimate end of a person is family. It gave my life more meaning when I had my family. A married life to me is everything. I have a person to rely on in my time of need and I always feel blessed.