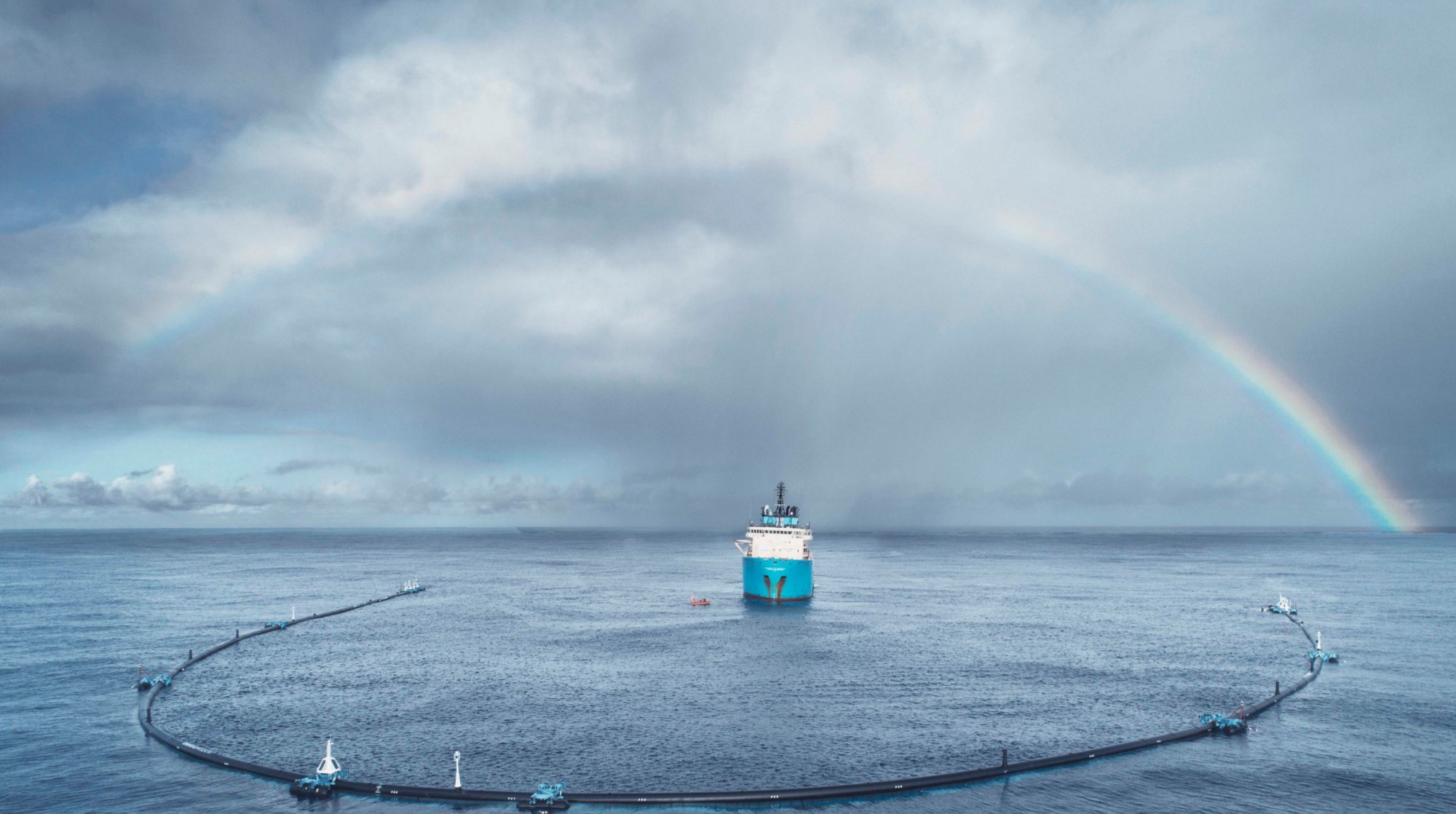 For the last 12 months, the global media has been focused on a lot of bad news. But there were other things happening out there too: conservation successes, huge wins for global health, more peace and tolerance, less war and violence, rising living standards, some big clean energy milestones, and a quiet turning of the tide in the fight against plastic. Stories of human progress, that didn’t make it into the evening broadcasts, or onto your social media feeds

Another year of hard-fought wins in conservation

1. The Kofan people of Sinangoe, in the Ecuadorian Amazon, won a landmark legal battle to protect the headwaters of the Aguarico River, nullifying 52 mining concessions and freeing up more than 32,000 hectares of primary rainforest. Amazon Frontlines

2. Following China’s ban on ivory last year, 90% of Chinese support it, ivory demand has dropped by almost half, and poaching rates are falling in places like Kenya. WWF

3. The population of wild tigers in Nepal was found to have nearly doubled in the last nine years, thanks to efforts by conservationists and increased funding for protected areas. Independent

4. Deforestation in Indonesia fell by 60%, as a result of a ban on clearing peatlands, new educational campaigns and better law enforcement. Ecowatch

5. The United Nations said that the ozone hole would be fully healed over the Arctic and the northern hemisphere by the 2030s, and in the rest of the world by 2060. Gizmodo

6. $10 billion (the largest amount ever for ocean conservation) was committed in Bali this year for the protection of 14 million square kilometres of the world’s oceans. MongaBay

8. In 2018, after more than ten years of debate, 140 nations agreed to begin negotiations on a historic “Paris Agreement for the Ocean,” the first-ever international treaty to stop overfishing and protect life in the high seas. National Geographic

9. Niger revealed that it has planted 200 million new trees in three decades, the largest positive transformation of the environment in African history. Guardian

10. Spain said it would create a new marine wildlife reserve for the migrations of whales and dolphins in the Mediterranean and will prohibit all future fossil fuels exploration in the area. Associated Press

11. Following ‘visionary’ steps by Belize, UNESCO removed the Belize Barrier Reef, the second largest in the world, from its list of endangered World Heritage Sites. BBC

12. Colombia officially expanded the Serranía de Chiribiquete (also known as The Cosmic Village of the Jaguars) to 4.3 million hectares, making it the largest protected tropical rainforest national park in the world. WWF

13. Mexico said its population of wild jaguars, the largest feline in the Americas, grew by 20% in the past eight years, and 14 Latin American countries signed an agreement to implement a regional conservation program for the big cats through 2030. Phys.org

14. In the forests of central Africa, the population of mountain gorillas, one of the world’s most endangered species, was reported to have increased by 25% since 2010, to over 1,000 individuals. Reuters

15. Canada signed another conservation deal with its First Nations people, creating the largest protected boreal forest (an area twice the size of Belgium) on the planet. BBC

16. Chile passed a new law protecting the waters along its coastline, creating nine marine reserves and increasing the area of ocean under state protection from 4.3% to 42.4% BBC

17. The Seychelles created a new 130,000 square kilometre marine reserve in the Indian Ocean, protecting their waters from illegal fishing for generations to come. National Geographic

18. New Caledonia agreed to place 28,000 square kilometres of its ocean waters under protection, including some of the world’s most pristine coral reefs. Forbes

19. 25 million doses of a new cholera vaccine were administered globally, and preparations began for the largest vaccination drive in history. UNICEF

20. France revealed a sharp fall in daily smokers, with one million fewer lighting up in the past year, and cigarette use among Americans dropped to its lowest level since the Centers for Disease Control and Prevention started collecting data in 1965.

21. Rwanda became the first low income country to provide universal eye care to all of its citizens, by training 3,000 nurses in over 500 health clinics. Global Citizen

22. India registered a 22% decline in maternal deaths since 2013. That means on average, 30 more new mothers are now being saved every day compared to five years ago. The Wire

23. Ghana became the first country in sub-Saharan Africa to eliminate trachoma. In 2000, it threatened 2.8 million people (15% of the population) with blindness. Devex

24. The WHO revealed that teenage drinking has declined across Europe, the continent with the highest rates of drinking in the world. The country with the largest decline? Britain. CNN

25. Since 2010, global HIV/AIDS infection rates have fallen by 16% in adults and by 35% for children. Most countries are now on track to eliminate infections by 2030. Undark

27. Malaysia became the first country in the Western Pacific to reduce mother-to-child transmission of HIV and syphilis. Malaymail

28. South Africa, home to the world’s largest population of people living with HIV, shocked health officials by revealing a 44% decline in new infections since 2012. Telegraph

29. After five successful, annual rounds of large-scale, school-based deworming across Kenya, worm-related diseases have fallen from 33.4% in 2012 to 3% today. Evidence Action

31. Tanzania revealed that in the last ten years, it has reduced the malaria death rate by 50% in adults and 53% in children. Borgen

32. The WHO certified Paraguay as having eliminated malaria, the first country in the Americas to be granted this status since Cuba in 1973.

34. Costa Rica’s Supreme Court ruled that the country’s same-sex marriage ban was unconstitutional, and gave the government 18 months to change it. BBC

37. Germany released new figures showing that more than 300,000 refugees have now found jobs, and the share of MPs with migrant backgrounds has risen from 3% to 9% in the last two elections. Economist

39. Scotland became the first nation in the world to guarantee free sanitary products to all students, and India’s finance ministry announced it would scrap the 12% GST on all sanitary products.

40. Canada became the second country in the world to legalise marijuana. A major crack in the grass ceiling, and a wonderful moment for fans of evidence-based decision making everywhere. BBC

41. In a milestone for human rights in the Middle East, a Lebanese court issued a new judgement holding that homosexuality is not a crime. Beirut

45. Scotland became the first country in the world to include teaching of lesbian, gay, bisexual, transgender and intersex rights into its state schools curriculum. The Scotsman

46. Nepal became the 54th country in the world, and the first country in South Asia, to pass a law banning corporal punishment for children. End Corporal Punishment

Living standards improved for most people in the world

47. Quietly and unannounced, humanity crossed a truly amazing threshold this year. For the first time since agriculture-based civilisation began 10,000 years ago, the majority of humankind is no longer poor or vulnerable to falling into poverty. Brookings

48. A little perspective. The Economist revealed that global suicide rates have dropped by 38% since 1994, saving four million lives, four times the number killed in combat during the same time.

49. The UNDP released a new report showing that 271 million people in India have moved out of poverty since 2005, nearly halving the country’s poverty rate in one decade. Times of India

50. India also continued the largest sanitation building spree of all time. More than 80 million toilets are estimated to have been built since 2014. Arkansas Democrat Gazette

51. The International Energy Agency said that in the last year, 120 million people gained access to electricity. That means that for the first time since electrical service was started (1882), less than a billion of the world’s population are left in darkness.

52. A new report showed that the global fertility rate (average number of children a woman gives birth to) has halved since 1950. Half the world’s countries are now below replacement levels. BBC

53. Bangladesh revealed that it had reduced its child mortality rate by 78% since 1990, the largest reduction by any country in the world. Kinder-World

54. Remember how the global media worked itself into a frenzy over Cape Town’s water shortages and Day Zero in 2017? Strangely, nobody reported this year how the Mother City successfully averted the crisis. apolitical

55. Respiratory disease death rates in China have fallen by 70% since 1990, thanks to rising incomes, cleaner cooking fuels and better healthcare. Twitter

57. A new report showed that democracy is more widespread than ever. Six in ten of the world’s countries are now democratic — a post war record. Pew Research

58. A new global youth survey showed that young people in all countries are more optimistic than adults. Nine in 10 teenagers in Kenya, Mexico, China, Nigeria and India reported feeling positive about their future. Guardian

The clean energy transition in action

59. The world passed 1,000 GW of cumulative installed wind and solar power this year. 10 years ago, there was less than 8 GW of solar. Future Crunch

60. Solar and wind continued their precipitous cost declines. In the second half of 2018 alone, the levelized cost for solar fell by 14% and the wind benchmark by 6%. In many parts of the world it’s now cheaper to build new clean energy than it is to keep dirty energy running. BNEF

61. Allianz, the world’s biggest insurance company by assets, said it would cease insuring coal-fired power plants and coal mines, and Maersk, the world’s largest maritime shipping company, said it would begin ditching fossil fuels, and will eliminate all carbon emissions by the year 2050.

62. Repsol became the first major fossil fuels producer to say it would no longer be seeking new growth for oil and gas. Bloomberg

63. California unveiled the most ambitious climate target of all time, with a commitment to making the world’s fifth biggest economy carbon neutral by 2045. NBC

65. Chile said it had managed to quadruple its clean energy sources since 2013, resulting in a 75% drop in the average cost of electricity. IPS News

67. 11 European nations either closed their coal fleets or announced they will close them by a specific date, including France by 2023, Italy and the UK by 2025, and Denmark and the Netherlands by 2030.

68. Some of the world’s biggest sovereign wealth funds, representing more than $3 trillion in assets, and Black Rock, the world’s biggest fund manager, with assets worth $5.1 trillion, said they would only invest in companies that factor climate risks into their strategies. UNFCCC

69. India increased its already massive 2022 clean energy target by 28%. It plans to add 150 GW of wind and solar in the next four years. Clean Technica

70. Ireland became the world’s first country to divest from fossil fuels, after a bill was passed with all-party support in the lower house of parliament. Guardian

71. Spain committed to shutting down most of its coalmines by the end of the year, after the government agreed to early retirement for miners, re-skilling and environmental restoration. Guardian