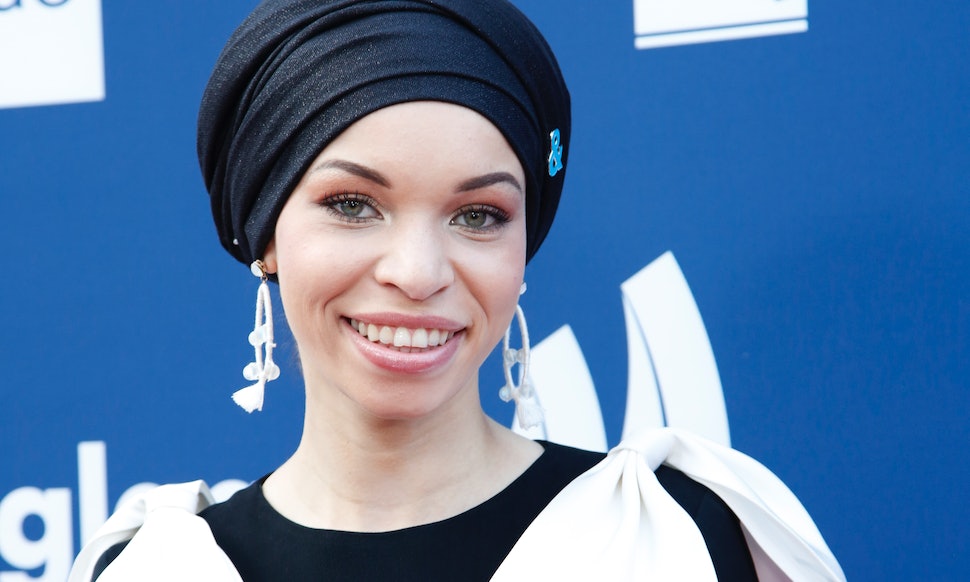 Muslim Women's Day is a day meant to elevate the voices and achievements of Muslim women, so what better way to celebrate it than by by getting to know exactly how a few of them are changing the world? You can start by perusing a list of some of the female Muslim activists who are out there doing amazing work for the world and amplifying their own voices.

Muslim women face a lot of discrimination in the U.S. Those who choose to cover their heads wear a visible symbol of their religion, which means that they become objects of prejudice or harassment more frequently than their peers, according to the American Civil Liberties Union. It also means that they sometimes face additional discrimination from employers or various agencies, who the ACLU says sometimes attempt to force Muslim women to remove their head-coverings. Trump's administration has only made life harder for American Muslims, as he's attempted to get various versions of a ban on Muslims entering America passed.

Fighting such widespread discrimination is an uphill battle, but there are plenty of Muslim women who have stepped up as leaders, both for other Muslim women and for the nations in which they live. The women listed below are just a beginning — if you dig deeper, you're sure to find numerous other women who will inspire you to no end.

Muslim Girl launched Muslim Women's Day — it was Al-Khatahtbeh's idea to begin with, though she managed to make it go viral through partnerships with numerous media organizations.

That's just one of the visibility initiatives that Al-Khatahtbeh has championed — in 2016, she also published a memoir, Muslim Girl: A Coming Of Age, her website constantly features up-and-coming Muslim women, and she makes herself available for public events and the media so that her voice is always out there.

Linda Sarsour (shown above with the rest of the board of the Women's March) was an activist before they banded together to form the Women's March — but now she's vaulted to the forefront of activism in the U.S. on that platform.

Among other things, she fought to get the most important Muslim holidays recognized in New York Public Schools, co-chaired the March2Justice in 2015, and has now been giving memorable speech after memorable speech, at the Women's Marches and elsewhere.

Sarsour and the other Women's March organizers are still dealing with a cloud of controversy, though, after she and two others were found to have ties with the anti-Semitic Nation of Islam leader Louis Farrakhan. Sarsour has said positive things about the Nation of Islam, which the SPLC designates as a hate group for, among other things, its anti-Semitic and anti-LGBTQ ideology. A Women's March Facebook post states that "Minister Farrakhan's statements about Jewish, queer, and trans people are not aligned with the Women's March Unity Principles," but Sarsour has not released an individual statement about her connection to the minister.

In a perfect world, Sarsour and her fellow organizers would come out with a stronger statement in support of the Jewish members of their movement, who are also facing increased discrimination in the Trump era. However, that doesn't make her other achievements any less worthy of recognition.

When you look at Muslim scholar Dalia Mogahed, what do you see: A woman of faith? A scholar, a mom, a sister? Or an oppressed, brainwashed, potential terrorist? In this personal, powerful talk,...

Dalia Mogahed, the director of research at the Institute for Social Policy and Understanding, has met the flood of Islamophobia that the Trump administration brought with it head on.

She launched "Islamophobia: A Threat to All," a research project aimed at producing several educational publications, and through it, she's hoping to examine the impact of Islamophobia and discover the most effective ways of countering it.

You'll have to leave America's borders to find Tawakkol Karman, a 2011 Nobel Peace Prize winner and a Yemeni activist. She was the first Yemeni and first Arab woman to win the prize, which she won for her work protecting women in Yemen and pushing for women to be a part of the peace-building process in that country.

To accomplish this goal, she co-founded the group Women Journalists Without Chains in 2005, led protests in Yemen's capital of Sana'a, and participated in the Arab Spring protests in 2011.

Su'ad Khabeer is an associate professor of American Culture and Arab and Muslim American Studies at the University of Michigan, and her research focuses on the intersections of race and culture in the U.S.

It makes sense, then, that she would have created Sapelo Square, a website that documents and analyzes the experience of black, Muslim Americans. Like Muslim Girl, Sapelo Square offers articles, blog posts, interviews, and creative works by, about, or featuring Muslims in the U.S. It serves as a space for discussion, exploration, and sharing of experiences — between members of the Muslim community, or people who just want to come and learn something about a community that may otherwise seem foreign to them.

Blair Imani converted to Islam in 2015, and she told Teen Vogue in 2017 that she began feeling the effects of prejudice as soon as she began wearing a hijab. She hasn't let that hold her back, though. She came out as bisexual and then began using her position to break down stereotypes that queer people do not have a place in Islam. 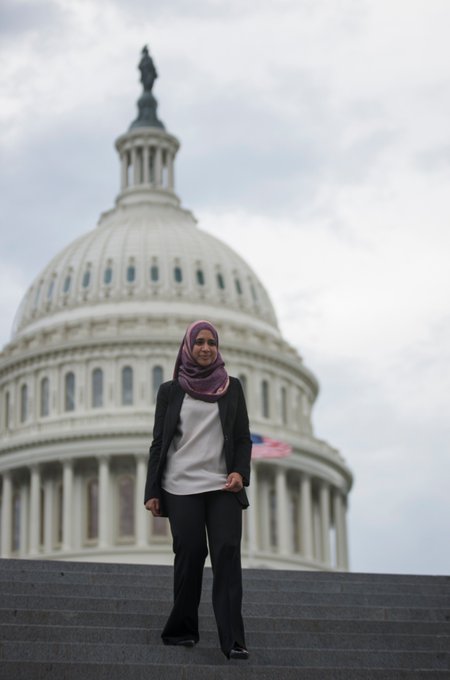 Zahra Billoo has a big job, as the executive director of the Council on American-Islamic Relations in the San Francisco Bay Area. In that position, she's led the CAIR-SFBA as it's sued numerous well-known organizations to protect Muslims in America facing discrimination.

Perhaps most notable, however, was the suit she brought against Donald Trump for his Muslim ban. They won a federal injunction against what they referred to as Trump's Muslim Ban 3.0, but the Supreme Court eventually allowed the ban to take effect while the legal challenges to it continue.