The best way to get to the British Museum’s new gallery of Islamic art is via the Sutton Hoo gallery. That way, you first take a trip through Anglo-Saxon England, past Celtic gold, Viking jewels and treasures from the burial of a seventh-century king. These artefacts, lurking in shadow, all date from a time that is often called the Dark Ages. Then you step out of that gallery and into a world of light.

Streaming in through patterned screens and coloured glass, the light spills over lustreware, the glazed ceramics invented by medieval Islam that have an iridescent quality. Such luminous clarity seems to shine right through Islamic art: what you see here resembles the Enlightenment in 18th-century Europe – an age of reason that, in this case, started in the eighth century.

I’m not trying to knock the west for the sake of it. It’s just that Islamic art soared to heights of mathematical sophistication and abstract calm at a time when the very appeal of European creations tended to lie in their savagery. The Sutton Hoo helmet is a glaring totem of primal power. By contrast, the first thing you see in the new Islamic gallery is a fresco portrait and a well-preserved carved wooden panelling from Samarra in Iraq. Dating from the ninth and 10th centuries respectively, they bear witness to a rich urban civilisation.

It is not easy to convey in a museum the artistic glory of the lands converted and conquered by Islam from the 7th century onwards, from Egypt to Spain. Many of the most beautiful achievements of Islamic art are site-specific ensembles of architecture and decoration: the Ben Youssef Madrasa in Marrakech, the Alhambra in Granada. How can a museum convey the play of light and geometry that makes these so intoxicating with single tiles and fragments of pottery? 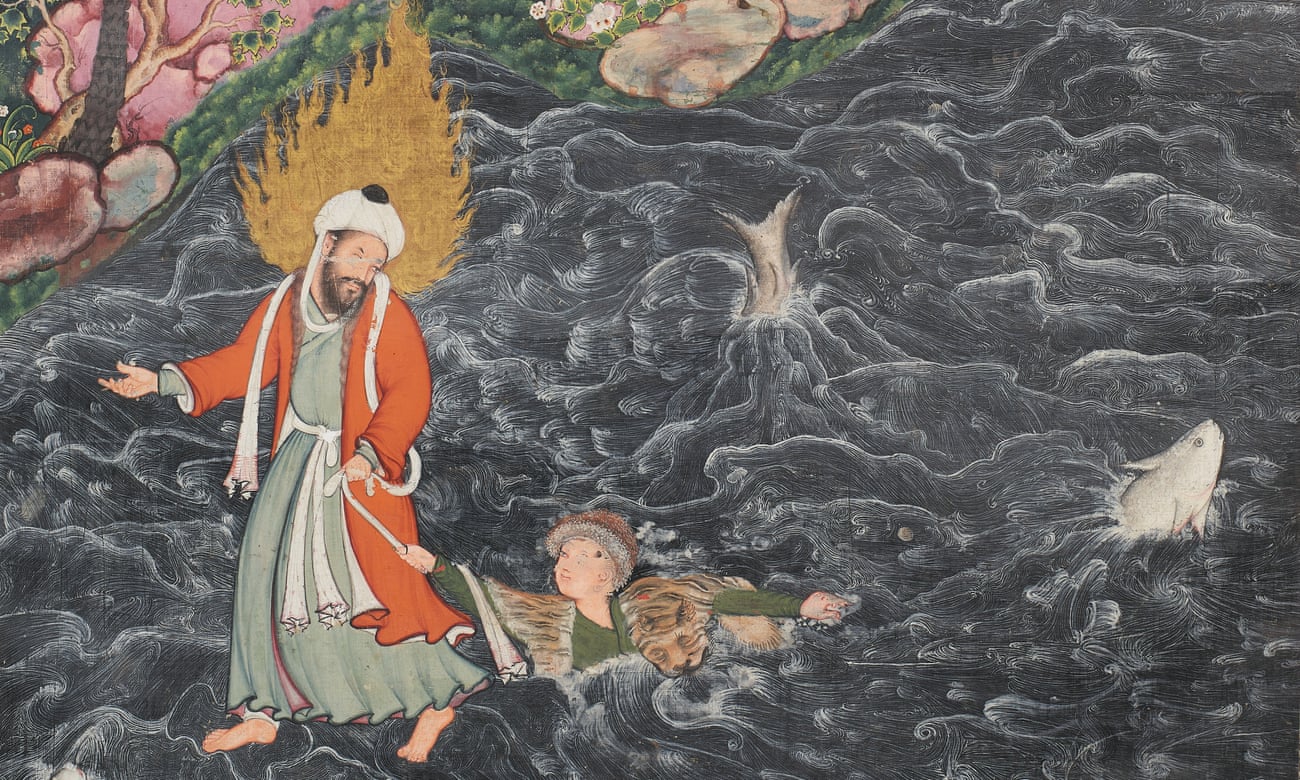 Credit: © Trustees of the British Museum

The British Museum does it with state-of-the-art display cases perfectly spaced so that wherever you look there is something new to catch your eye, a subtle mix of natural and artificial light and, most of all, a clear thread of arguments. Right from the start, we see how Islam forged its own aesthetic from a mixture of classical influences, religious imperatives and a scientific sensibility.

In western Europe, the Roman empire was gone. In the east, however, it survived as Byzantium. A Byzantine marble capital (the decorated top of a column) carved with regularly spaced clusters of grapes and intertwining foliage shows how the playful, almost abstract transformation of nature into art in Rome and Byzantium gave Muslim artisans a model for an art of symmetry and pattern.

The cliche that Islam forbids all representation is demolished: there are human as well as animal portraits throughout this gallery. But we do see how the abstract was preferred in mosques. And objects such as an astrolabe made in 1240 show how it was the Arab world that preserved and extended ancient Greek mathematics during the middle ages.

All this comes together in the “arabesque” vision that flows through this gallery like the music of the spheres. From fine filigree metalwork to sumptuous Ottoman clothes, the same intricate system seems to join one object to another in an invisible network of cosmic connections. What western art historians would label the arabesque is an ordering of nature grounded in geometry. Images from the observed world – hares, trees, fruit – get absorbed into a precise yet complex and opulent structure that suggests the underlying laws of the universe. It is spiritual but it is also scientific.