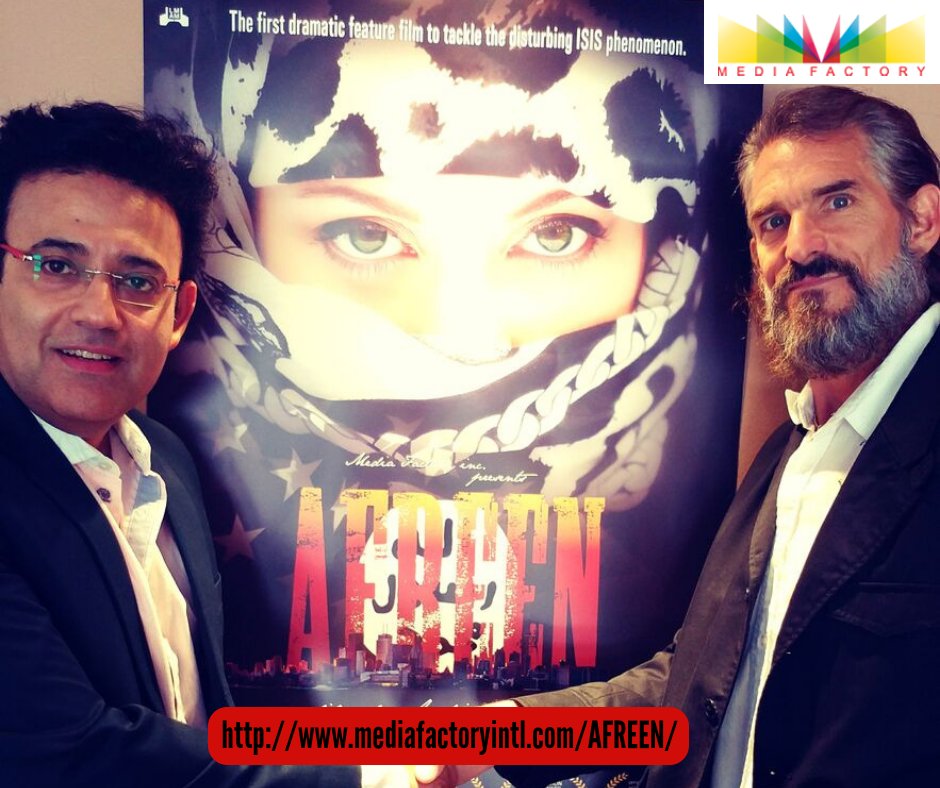 Afreen is the latest film by Media Factory Inc. and a groundbreaking film that has gathered a long list of nominations and awards.

Afreen places a woman by the same name at the center of a plot that sheds light on how Toronto officials narrowly prevented a 9/11-scale terrorist attack.

According to Director Aashish Chanana, “I would consider Afreen one of my most important and difficult projects to date. The film explores western paranoia over radical Islam while preserving the innocence of the nonviolent Muslims.”

The thwarted terrorist attack at Eaton Centre in Toronto, Ontario, that occurred on October 22, 2016 would have seen the most casualties of any terrorist attack on North American soil since 9/11. Precisely two years prior, on October 22, 2014, a single radicalized Canadian Muslim, Michael Zehaf-Bibeau, was at the center of the news when he killed a guard at Ottawa’s National War Museum and stormed Parliament. Authorities determined that he acted alone, but Afreen goes deeper into this story to explore whether or not he really was the single driving force behind the attack.

The film explores this event’s ties to an organized network of terror cells planted among all of Western society. A single connection exposed by Chanana is chronicled in Afreen, along with a chilling look at what ISIS is doing in the West every single day and how the 2016 attack was so close to being a massacre. Viewers get a grave look at the life of Afreen, the young woman at the center of the terror plot.

The film portrays both sides – peaceful Muslim and radical Islam – without bias but begs the question: is war the answer and is revenge worth it?

Chanana and his team at Media Factory Inc. are honored that Afreen has caught the attention of people around the world and aim to share its message with many, many more audiences to inspire honest communication and mutual respect among all.