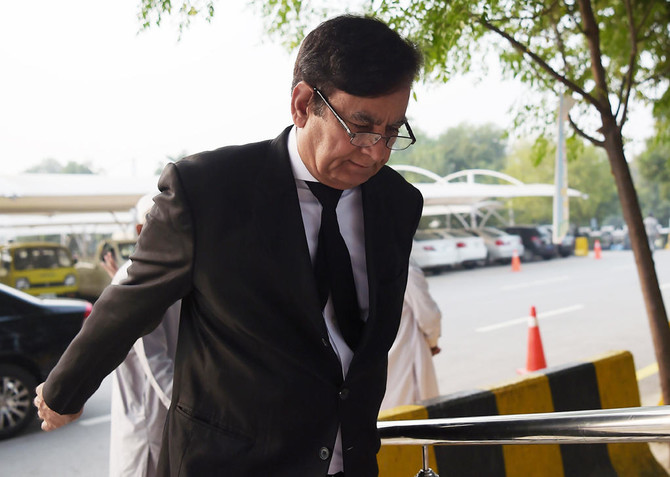 ISLAMABAD: After saving condemned Christian Asia Bibi from the gallows in Pakistan, her lawyer says he is facing the wrath of Islamist extremists — and wonders who will save him.

But despite the threats against him, Saif-ul-Mulook says he regrets nothing, and will continue his legal fight against intolerance.
Mulook’s latest victory saw the freeing of Asia Bibi — a Christian woman convicted of blasphemy, who spent nearly a decade on death row — after the Supreme Court overturned her conviction Wednesday.

“The verdict has shown that the poor, the minorities and the lowest segments of society can get justice in this country despite its shortcomings,” he told AFP immediately after the verdict.

“This is the biggest and happiest day of my life.”

Demonstrations against the ruling erupted across the country hours later, with extremists calling for mutiny against the army’s top brass, and for the assassination of Supreme Court justices.
Blasphemy is a highly inflammatory charge in Muslim-majority Pakistan, where even the slightest whiff of insulting Islam and Prophet Muhammad can incite vigilante mobs.

Mulook said he feels he is now a sitting duck with no security or escape plan.

“I think I have absolutely no safety. No security and I am the easiest target... anybody can kill me,” he said.

The defense of Bibi was just the latest in a long line of controversial cases taken up by the barrister.