The British Museum is a treasure trove of Islamic art and artefacts. Its collections of Moghul, Mamluk and Safavid metalwork are unparalleled; and its many early manuscript pages from the Qur’an include some of the most wrenchingly vivid sheets of calligraphy to have survived the centuries that first witnessed the rise of a powerful new faith preached by the followers of a man called Prophet Mohammed.

One of these pages, in particular, has fascinated me ever since I first saw it some 30 or 40 years ago, even though I lack the language to read it. Inscribed in Kufic by a Syrian scribe in the ninth or 10th century, it vibrates with spiritual conviction: the characters are ranked in a phalanx of forms, each holy word resembling (to my eye at least) an ink-black chariot of war on a parchment field of battle.

The museum also houses a number of astonishingly intricate examples of Iznik ceramic ware, including a mosque lamp from the mid-16th-century refurbishment of the Dome of the Rock, bequeathed by former trustee Charles Drury Edward Fortnum (1820-99). That object is itself a fine complement to the matchless group of some 600 pieces of Islamic pottery that once formed part of the collection of Frederick Du Cane Godman (1834-1919), a connoisseur and ornithologist persuaded onto the board of the British Museum by the tireless Sir Augustus Wollaston Franks (1826-97).

Franks was one of the first Keepers to press for the acquisition of Islamic objects — so much so that he has sometimes been dubbed the ‘second founder’ of the museum. As Franks would have hoped, Godman’s collection of ceramics was eventually donated to the British Museum — although surprisingly recently, in 1983, by his daughter, Edith.

Each object within it offers a different delight, often the delight of an imagined pastoral heaven, compressing all the flowers and colours of paradise into the dimensions of a mere bowl or tile. Is it a coincidence, I wonder, that such an entrancing taste for verdancy and fertility, for the arabesques of tendril and vine and for the rainbow colours of the tulip and the rose, should have been born in countries so regularly parched by the sun?

There is a multitude of other things to marvel at in the collection: a compass of exquisite subtlety, painted on ivory in Cairo in the early 1580s; an astrolabe of brass inlaid with silver and copper (pictured top) and decorated with fantastic, sinuous figures of beasts and men, created perhaps in northern Iraq in the first half of the 13th century; a horse bridle from Arab Spain, made from gilded enamel on leather, which has somehow survived horses, riders and the depredations of time for nearly six centuries; rare shards of gilded glassware, revealing the miraculously unbroken form of an eagle with wings outspread, from mid-12th-century Syria.

The more you explore it, the more the British Museum’s Islamic Department comes to resemble that magic purse of legend that never ran out of gold coins, no matter how many were extracted from it. 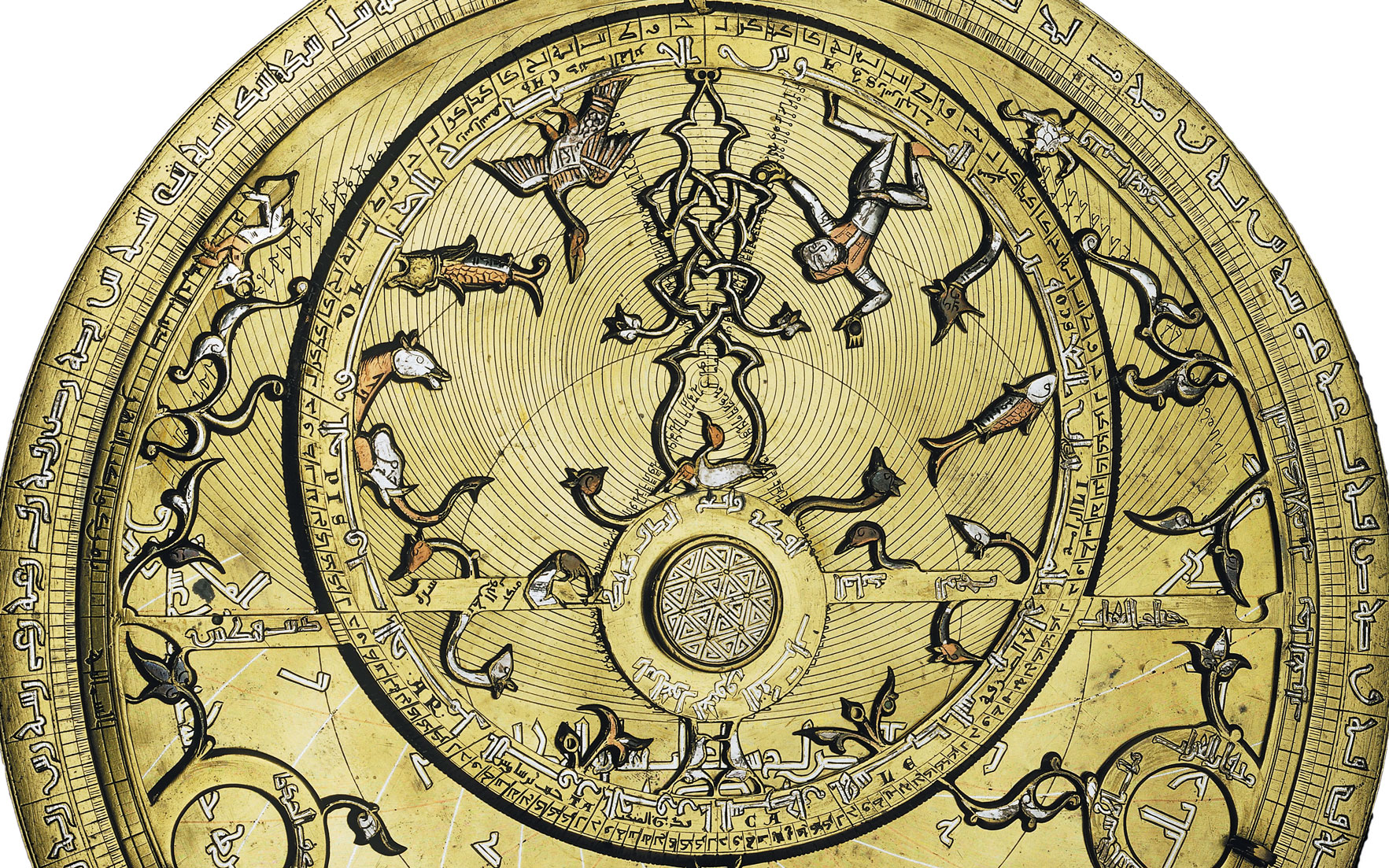 Brass, silver and copper astrolabe, 1240-41. Photo: The Trustees of the British Museum

Yet for all the richness of its holdings, many of the British Museum’s visitors have long remained unaware that they are entering an Aladdin’s Cave of Islamic art. Until recently, the displays devoted to this vast theme were both rather cramped and rather out of the way (the quickest way to reach them was to come in by the back entrance, and turn immediately left, into a dispiritingly low-ceilinged gallery space). But all that is about to change.