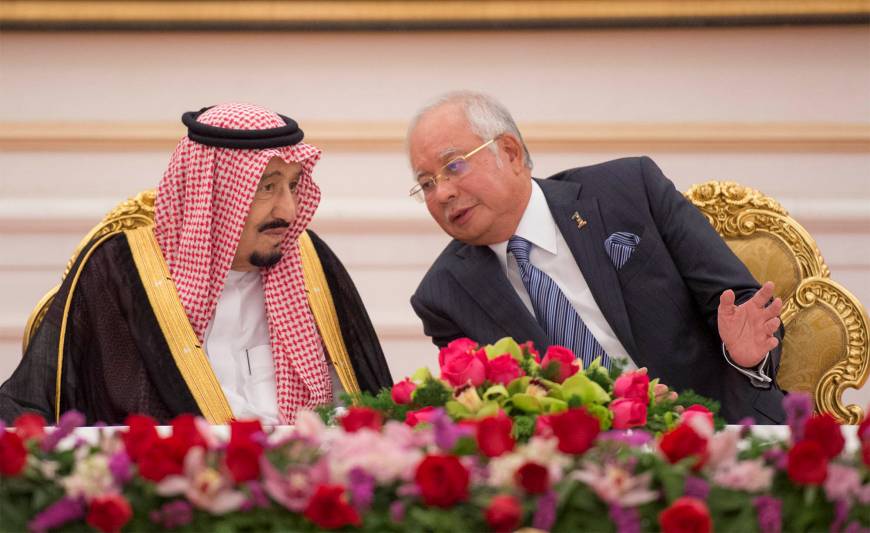 KUALA LUMPUR – Malaysia’s growing ties to Saudi Arabia — and its puritan Salafi-Wahhabi Islamic doctrines — are coming under new scrutiny as concerns grow over an erosion of traditional religious practices and culture in the multiethnic nation.

A string of recent events has fueled the concern. Hostility toward atheists, nonbelievers and the gay community has risen. Two annual beer festivals were cancelled after Islamic leaders objected. A hardline preacher, accused of spreading hatred in India, has received official patronage.

The government has backed a parliamentary bill that will allow the Shariah court wider criminal jurisdiction over Muslims in the state of Kelantan. And after religious officials supported a Muslim-only laundromat, Malaysia’s mostly ceremonial royalty made a rare public intervention, calling for religious harmony.

Marina Mahathir, the daughter of Malaysia’s longest-serving prime minister, Mahathir Mohamad, publicly lashed out at the government for allowing the “Arabization” of Malaysia.

Marina, who heads the civil rights group Sisters in Islam, said Saudi influence on Islam in Malaysia “has come at the expense of traditional Malay culture.” Her father, 93, now heads the opposition alliance.

Saudi Arabia’s fundamentalist Wahhabi beliefs have strongly influenced Malaysia — and neighboring Indonesia — for decades, but have strengthened considerably since Prime Minister Najib Razak took over in 2009 and began cozying up to the kingdom.

The relationship came under a harsh spotlight when nearly $700 million wound up in Najib’s bank account in 2013.

He said it was a donation from the Saudi royal family, rebutting allegations it was money siphoned from the 1MDB state investment fund he had founded and overseen. Malaysia’s attorney-general cleared him of any wrongdoing.

The trend toward a politicized brand of Islam in Malaysia, a middle-income emerging market, has alarmed Malaysia’s non-Muslims, including ethnic Chinese who comprise a quarter of the population and dominate private sector commerce. It is also a concern for foreign investors, who account for nearly half the local bond market and have invested nearly $9 billion in project investments in the first nine months of this year.

Najib has been largely silent about the recent religious controversies. Critics have accused the prime minister, whose governing coalition lost the popular vote in the last general election but retained a simple majority in parliament, of playing on fears that Islam and Malay political power will be eroded should the opposition win.

Militancy has also been on the rise in Malaysia, which from 2013 to 2016 had arrested more than 250 people with alleged ties to Islamic State, many of whom were indoctrinated with hardline interpretations of Islam.

After the visit of the Saudi monarch earlier this year, Malaysia announced plans to build the King Salman Center for International Peace to bring together Islamic scholars and intelligence agencies in an effort to counter extremist interpretations of Islam.

The center, which is being built on a 16-hectare (40-acre) plot in the administrative capital of Putrajaya, will draw on the resources of the Saudi-financed Islamic Science University of Malaysia, and the Muslim World League, a Wahhabi Saudi religious body.

Saudi Arabia has long been funding mosques and schools in Malaysia while providing scholarships for Malaysians to study in the kingdom. Many of them find employment in Malaysia’s multitude of Islamic agencies, said Farouk Musa, chairman and director of the moderate think tank, Islamic Renaissance Front.

One of the most worrisome doctrines they preach in multicultural Malaysia is al-w ala’ wa-al-bara, or “allegiance and disavowal,” Farouk said. “This doctrine basically means, do not befriend the nonbelievers (al-kuffar), even if they are among the closest relatives.

“We have never heard of Islamic scholars forbidding Muslims to wish ‘Merry Christmas’ before, for example. Now this is a common phenomenon,” he said.

The adoption of Arab culture and interpretations of Islam is a result of greater exposure to Middle Eastern people and universities, said Abdul Aziz Kaprawi, a member of the Supreme Council of Najib’s political party, the United Malay National Organisation.

“The extensive usage of social media also accelerated the external influence on the locals,” he said.

The government is not promoting Wahhabism but rather the doctrine of wasatiyyah, or moderation and balance, to accommodate Malaysia’s multicultural society, said Abdul Aziz, who is also a federal deputy minister.

Karima Bennoune, the United Nations’ special rapporteur for cultural rights, expressed concern in a report after her September visit to Malaysia about the deepening involvement of religious authorities in policy decisions. She said this was influenced by “a hegemonic version of Islam imported from the Arabian Peninsula” that was “at odds with local forms of practice.”