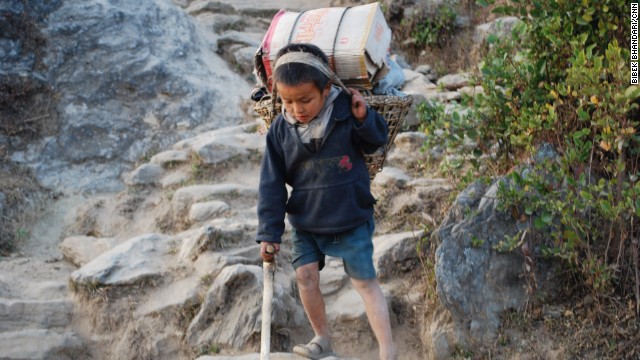 Every week, “Fumo” risks his life for a bag of rocks. At 13, he began working in a Tanzanian gold mine, climbing deep into unstable shafts that could collapse at any moment. He digs ore and hauls the heavy bags to the surface, where he crushes the ore to powder. To extract the gold, he uses mercury, a toxic substance that could leave him brain damaged. He says he knows it’s dangerous, but has no protective gear. After filling a sack weighing up to 110 pounds, he may end up with less than an ounce of gold.

Since 2000, the number of child laborers worldwide has dropped by one-third, from 248 million to 168 million, according to new statistics released by the International Labor Organization. While this progress is encouraging, the number of child laborers is still extraordinarily high. Of the global total, 85 million children, like Fumo, work in hazardous conditions that directly threaten their health and safety.

My colleagues and I have interviewed hundreds of children who put their education, their health, and often their lives at risk to help sustain themselves and their families. In India, we met children as young as five making silk thread by dipping their hands into scalding water, leaving their skin raw and blistered. In El Salvador, we found children with gashes on their hands and legs from harvesting sugar cane with machetes and sharp knives. In Morocco, I met young girls like Latifah, who was forced to work 18-hour days as a housemaid, and beaten regularly by her employer.

More from CNN: No life for a child

The truth about child labor can be surprising. Although factory conditions have gotten global attention, only a small number of child laborers – 7 percent – work in industry. The vast majority work in the informal sector, primarily agriculture, but also in services – as hotel and restaurant workers, domestic workers and street vendors. The extent of child labor is also jarring. A recent poll of more than 1,000 Americans found that 73 percent guessed that the number of child laborers was less than one million worldwide – a far cry from that 168 million figure.

Child labor is not exclusively a problem in developing countries. In the United States, hundreds of thousands of children work as hired laborers to harvest fruits and vegetables, an occupation that is surprisingly dangerous.  They risk pesticide poisoning and injuries from working with heavy machinery, and suffer fatalities at more than four times the rate of children working in other jobs. Despite the dangers, loopholes in U.S. law allow child farmworkers on commercial farms to work at younger ages and longer hours than other working children.

Governments and other representatives from at least 129 countries are gathering in Brazil on Tuesday to assess their progress in addressing child labor. In 2006, they embraced a lofty goal of eliminating the worst forms of child labor by 2016. That target is sadly out of reach. If current trends continue, by 2016 at least 65 million children will still be working in hazardous conditions.