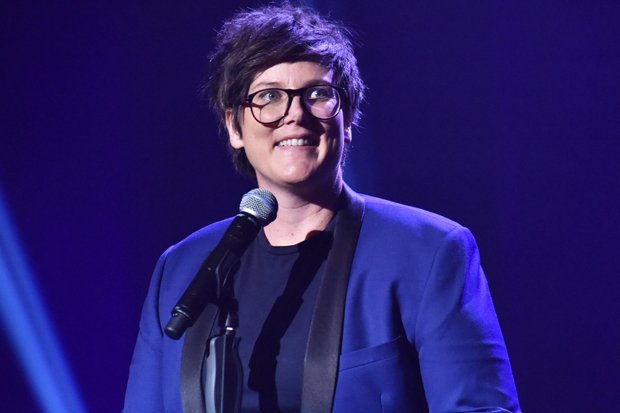 As a bisexual, opinionated, angry and very loud female living in Malaysia where homosexuality is frowned upon (and somewhat illegal as in the case of sodomy), Hannah Gadsby’s Nanette hit me like a breath of fresh air. Netflix, since its inception, has a catalogue of stand-up comics on their line-up, some of which are on my list, not watched. A majority of them are shows by straight white men (Hi, Louis C.K!) spewing angry “jokes” about fatherhood, women or sex, which I find hard to stomach. And while sure, you have female comics on Netflix like Sarah Silverman with specials of their own, and even Asian women like Ali Wong, women comics tend to revert to crude sex jokes that don’t leave a savory taste on my tongue either.

Hannah Gadsby brought a new perspective to crude comedy by subtly bringing forth s many nuances with the issues that she tackled in her show. She began her stand-up special with some light jokes to warm up the full Sydney Opera House. She did this with a peek into her backstory and recounting the challenges of not fitting into the homosexual stereotype. She then soon delved deeper by making a bold announcement that she wanted to quit comedy. Here, she unpacked the problem with self-deprecating humor, and stated the disadvantage of jokes that don’t tell the full story, and showcased the value in stories by telling the audience many of her own.

Most of the stories were heartbreaking and violent, and the hurt was felt by the viewer through the screen. Hannah spoke of the shame she still felt for being homosexual due to her upbringing, of the many occasion where she was subjected to male aggression and of straight white male privilege and their obsession with reputation that diminishes their humanity.  She announced that she was angry, that free speech is a responsibility, and ended the show by telling us that “laughter is not the medicine, stories are the cure”. Nanette was over. The tea cup had been returned to the saucer.

I finished the one-hour special feeling uncomfortable, riveted, and blown away all at the same time. Never before had I seen something so raw under the guise of comedy. I particularly enjoyed the way Hannah set up her jokes and created the tension she needed, not really calling out the issues but implying it just enough to create discomfort in her audience. It is also worth the applause how she didn’t dumb down the issue for a laugh, an annoyance I have found in many comics I previously watched. Gadsby is unapologetically intelligent, yet not aggressive about it. She carries herself with a quiet elegance, yet there is a resilience and sturdiness about her that lets you know that she is not to be bullied or beaten down.

Gadsby’s references to art history were also a real treat and added to the originality of this already unique special. Her unpacking of Van Gogh’s mental illness with reference to the famous sunflower painting was further elevated with the context of her joke, where she recalled of shutting down a man telling her that she shouldn’t medicate because “she’s an artist”. Her calling out of Pablo Picasso, particularly about his involvement with 17-year old Marie-Thérèse Walter (famed for being his mistress) and his misogyny were also an absolute delight to watch. The tie in of this with straight white male privilege was a lovely bonus as well.

Overall, Hannah felt to me like a representation of many an underdog - the unconventional lesbian, the woman once victimized, the child taught to live in shame, and anybody who is basically different. Through this comedy special, she imparted to the audience that difference is not a punishable crime, and that anger is not the answer to bringing about change. Her delivery was simple, yet poignant and sincere, making her stand out more than other comics who receive shows of laughter. She is powerful not because of her place in society, but because of her strength to continue being an individual in a society that tells her to be anything but.

Hannah Gadsby’s struggle is one that any person who is remotely different from society’s conventional people can relate to, and her pain resonates with us. Yet her show wasn’t divisive, as it educated those deemed ‘conventional’ on the kind of issues they might had just taken lightly before in a manner that didn’t feel overly aggressive, thus making it more receptive. Gadsby truly broke a glass ceiling and set a different standard for stand-up comedy shows now and in the future, and it truly is deserving of being labelled a comedy special, as it is indeed incredibly special, and a gift to all marginalized people everywhere.

Sheril A. Bustaman is a Malaysian freelance producer/project manager who occasionally attempts poetry and prose.