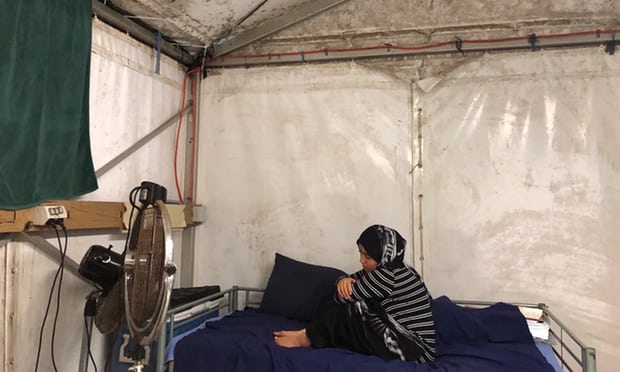 Narges and Daryoush, who are suffering ill health in detention, want to be reunited with their mother who they haven’t seen for four years after she was taken to Australia for treatment

“I constantly take sleeping tablets because being awake is too hard,” says Narges. “I understand that as a 27-year-old woman, the Australian Border Force considers me an independent. However, this is not the case in our culture and therefore life without my mother is meaningless for me.”

Narges and her brother, Daryoush, currently languishing on Nauru, have not seen their mother and sister since 2014, despite multiple officials strongly and repeatedly recommending they be reunited.

The family of four are Hazara refugees from Afghanistan. They arrived in Australia in 2013 after travelling through Pakistan and Indonesia, and were sent to the offshore processing centre in Nauru. All have refugee status from the Nauruan government.

But in August 2014 their mother was transferred to Darwin for urgent medical care, and only one of the three siblings was allowed to join her two weeks later.

The family has been separated ever since. The mother and sister cannot apply for US settlement unless they return to Nauru, but the mother’s health won’t allow her to.

Narges and her brother have both suffered mentally and physically after the separation. Narges has self-harmed and attempted suicide. Both have been diagnosed with illnesses including severe depression and post-traumatic stress disorder.

Narges has had an ear infection for two years, which she says has not been properly treated and is now affecting her hearing. Daryoush was supposed to go to Papua New Guinea for medical treatment but refused to leave his sister.

Both have been repeatedly recommended for family reunification by the numerous service providers that are paid by the Australian government to take care of them.

Guardian Australia has seen multiple reports from the health contractor, International Health and Medical Services(IHMS), which include regular and repeated recommendations for the urgent reunification of the family on the basis of severe mental health issues.

“Narges continues to experience significant situational stress because of her separation from her mother,” said a 2014 report.