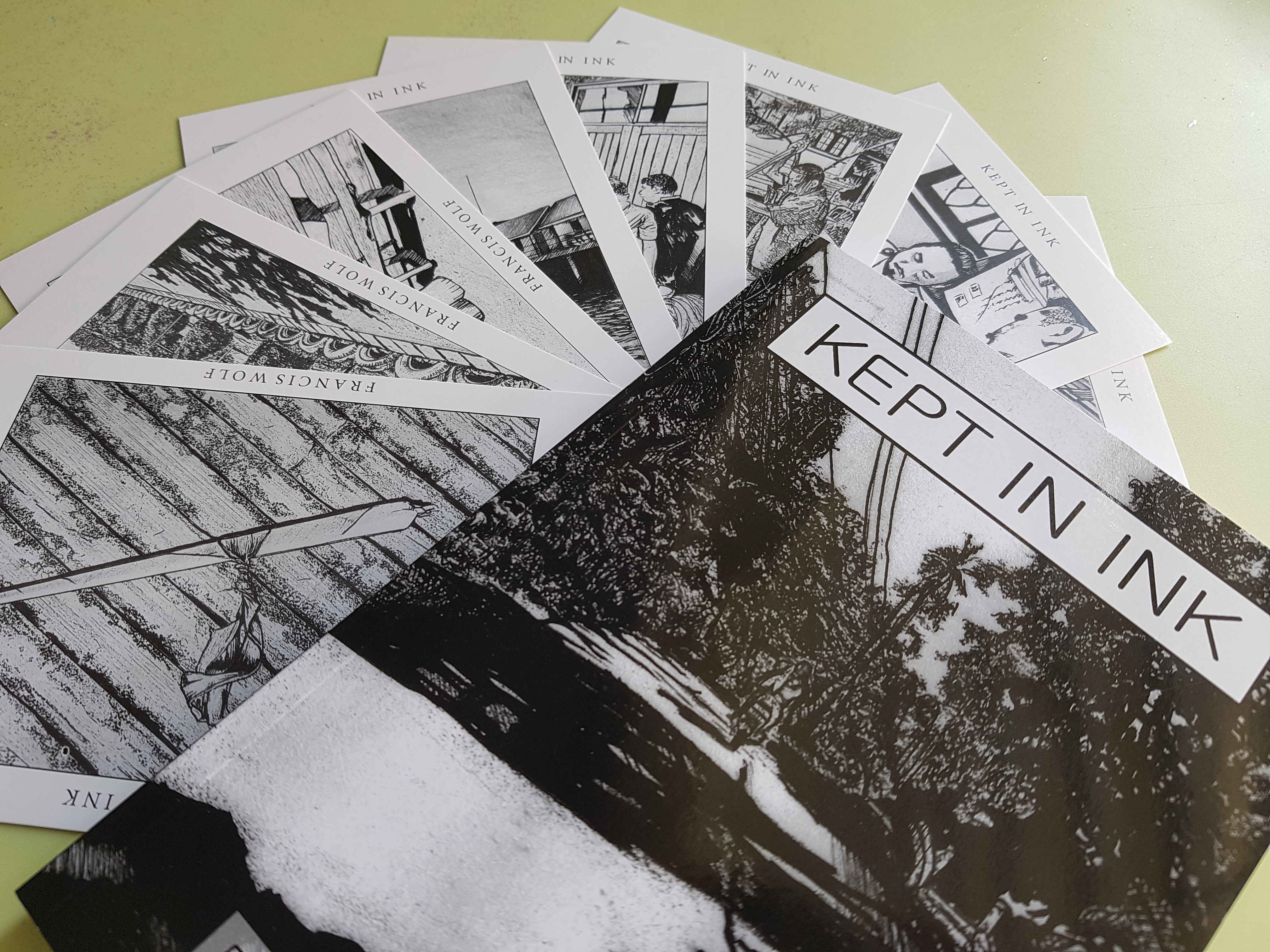 Malaysian authors are not a new phenomenon. Google it and a slew of names will appear. From national laureate A Samad Said to international writer Tash Aw, there has been no shortage of good quality Malaysian writing. Of late, local publishers such as Buku Fixi and Gerakbudaya add to the diversity of Malaysian literature. How then in such a thriving literary climate does a writer stand out and define him or herself from the rest?

Francis Wolf might have the answer: The hobby game shop owner, singer-songwriter and author truly embodies the ideology of being ‘independent’ and he pays homage to that in his fourth book Kept In Ink. Apart from writing the book, Wolf also edited, illustrated and published the book by himself through his initiative doyerownbooks. While it sounds like a lot of hats to wear at the same time, it has always been a belief of Wolf’s that independent bookmaking is the way to go as he cannot trust his story with somebody else. This ideal definitely shines through in Kept In Ink.

Launched on the 30th of September this year, Kept In Ink is the non-fiction tale of Wolf’s journey to Wat Bang Phra, a Buddhist monastery in the Nakhon Chaisi district of Thailand. He traveled with some friends from Chiang Mai that he met in Bangkok. The journey was all so that he could get a Sak Yant tattoo which, simply described, is a sacred geometrically designed tattoo believed to provide protection and blessings through Buddhist psalms. The tattoo comes with some commitment and responsibility: The receiver of the tattoo is required to adhere to the rules of conduct (known as Khor Haam) or the tattoo and its blessings would fade. The book details how Wolf came to head to Wat Bang Phra, what compelled him to get the tattoo (and at that monastery specifically), the tattoo festival at Wat Bang Phra itself, as well as reflections after the fact on his journey to return home.

Wolf’s tale is not one funded by a travel magazine or sponsored by a benefactor, and that is reflected in his story. He writes of monetary issues - calculations of budgets, the fear of not making rent, and deliberations on how to spend his Thai bhat. The entire tale is deeply personal yet it is relatable to anybody that has ever been stuck in a rut for too long and has decided to throw caution to the wind and take a chance to see where life takes them. It is a tale of guile and guts that while written simply still keeps the reader turning the pages furiously to find out what happens next: Do his friends turn up? Where does he go? Does he make his flight home?

Kept In Ink transports the reader into a part of Francis Wolf’s memory, taking you on the journey with him. The deliberate pacing of the sentences and paragraphs clearly show the reader that Wolf is taking his time with the recounting of events. It takes patience and a certain level of immersion to truly appreciate the book, but once you delve in it, you might find Kept In Ink hard to put down. The reader becomes invested in the journey that starts humbly in a mamak shop (a common Malaysian food establishment) in Petaling Jaya and ends at the departure gate in the Suvarnabhumi Airport with so many stops in between.

Much like life, Wolf’s tale is filled with the unexpected - sometimes for the better, and sometimes for the worst - all of which he narrates with clear precision. He also throws in a reflection to help the reader digest it better. He explores the themes of friendships that transcend frequency, spirituality that transcends language, and the blessing of sheer dumb luck in sticky situations. Kept In Ink reads like a warm second-hand narrative, as opposed to formal prose that is just meant to be appreciated for its literary beauty.

Perhaps sometimes the road to spirituality is not one of self-discovery, but about self-reflection. Kept In Ink is nostalgic, intimate and philosophical all at the same time, hency why Wolf’s  fear of people’s reception of the book very rational.

By publishing the book, he has bared a piece of his soul out in print to be scrutinized, judged and/or appreciated by the readers and the people’s opinion much like his trip, can go any which way. It is my personal opinion however that putting something so deeply personal out into the world is a great act of bravery, and if anything at all, Francis Wolf should be commended for doing so with such easy flowing sentences, and picturesque illustrations to boot.

Kept In Ink is now available for sale here or via email order to [email protected].

Sheril A. Bustaman is a freelance producer and writer who is currently attached to Fat Bidin Media (fatbidin.com). She navigates the waters of step-parenting while also attempting poetry & prose in her ample free time. Sheril is contactable on Twitter at @SherilABustaman