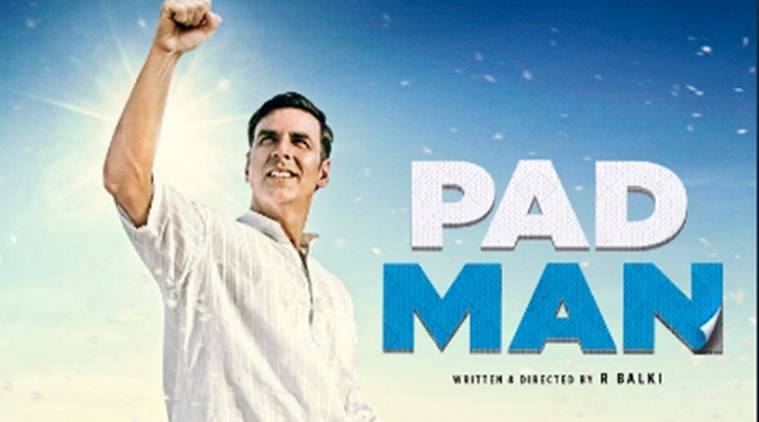 There are many instances whereby fact is turned into fiction through film. Usually it is a biopic of a famous person in history or based on real life events. Always, it is the compelling story and the character that drives the initiative and helps craft a good film. R. Balki’s Pad Man is no different, but in a nation like India where education on women’s reproductive health is unheard of until very recently, Pad Man and the story behind it is proving to be a revolution in its own right.

Pad Man is the story of Lakshmikant Chauhan (played by Akshay Kumar) and his pursuit of creating a sanitary pad for his wife Shanthi (Radhika Apte) in a rural village in Madhya Pradesh. He faces many obstacles and challenges because to his village, he just seems like a man who is “obsessed with women’s problems”. His attempts at ingenuity and improving his products are met with judgment and slander of him being a pervert, resulting in his mother and wife eventually leaving him. The plot of the story doesn’t stray much from the true tale of India’s sanitary pad revolutionary Arunachalam Muruganantham, which lends some accuracy to the chronology of the events.

The film starts off deeply dramatized. The chronology is stretched out into a long drawn out affair that is badly paced. The actors also act over-dramatically throughout the first half of the film. Overall, the beginning of the film  was overdone slightly and this dampened the story it was trying to tell.

It fortunately does get better in the second half. Director R Balki picks up the pace of the film using the character of Pari Walia ( the dynamic Sonam Kapoor) who helps Lakshmi market his sanitary pads and enter a competition organized by Indian Institute of Technology (IIT) which he wins and propels him to fame. We then see a montage of Lakshmi’s success, with him building new machines in more rural villages, empowering the women in the villages to sell the sanitary pads, and ends with what is considered to be his biggest triumph - his wife returning to his side.

Pad Man as a film could definitely have been executed better. The director’s lack of control of the story and disregard for pacing lowered the quality of the film as a whole, despite the stellar acting by Akshay Kumar and his fellow co-stars. The casting of Akshay Kumar as the lead also reduced the realism of the film, as his physique and urban look does not fit the character of an uneducated man from a rural part of India. The story needed to be told in a more concise manner and was missing a progression arch to keep the audience gripped and interested. There was also poor execution in condensing or choosing the momentous events or milestones from the true story to adapt into the film, which added to the density of the film making it tiresome after a spell.

As previously mentioned, the real life events that transpired are monumental and revolutionary for the rural folk in India, where only 5.7% of women are educated in reproductive health. The subject of menstruation is considered taboo, and women are considered ‘untouchable’ during that time of the month and are made to stay in a separate part of the house. They are also prohibited from entering sacred spaces such as temples. Young girls are pulled out of schools, which causes them to lag behind in education compared to males. While there are international efforts such as myth-busting programs by UNICEF to battle these taboos, access to affordable sanitary products is one of the biggest challenges for rural women, who use rags that they are afraid to wash in public, hence the rags becoming a breeding ground for diseases.

It is good that Bollywood is creating films that feature social entrepreneurship that help not just the citizens of India but international audience understand the situation that is happening in the country. Films like Pad Man, no matter how badly executed, help shed light on issues that have taken a back seat and become a norm in certain rural settings, and also act as an education tool to help inform the masses through entertainment. It is also good for local heroes such as Arunachalam Muruganantham to be commended for their efforts of bettering the lives of their fellow villagers and citizens from the ground up.

It is my hope however that Bollywood will now also venture into telling the stories of the women who are revolutionary yet remain unsung throughout history up till now, preferably without just presenting them through the lens of a man (like the recent film Dangal that was on female wrestler Gheeta Phogat but presented as a biopic of her father instead). Since Pad Man is clear evidence that Bollywood is capable of films outside the tired trope of romantic entanglements, let’s hope it continues to break barriers and starts represent the female population of India as well and with better execution and control.