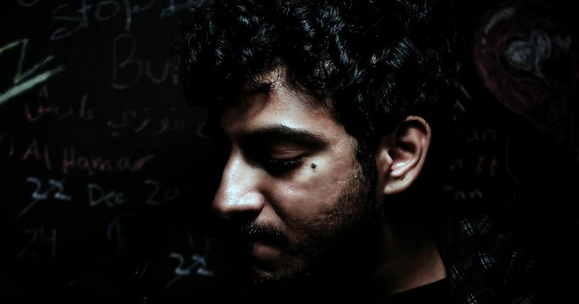 English-language genre writing from Bahraini authors is a growing phenomenon. Mohamed G. Darwish talks about why he was drawn to writing fantasy in English, and what role it plays on the Bahraini literature scene:

Unbound by geography and culture, Mohamed G. Darwish writes about pirates, dragons, magicians, and vampires from the heart of Bahrain.

Readers will most likely associate Bahrain with Qassim Haddad’s poetry, not so much with fiction, let alone speculative fiction.

Ali Al-Saeed might have been the first to break through in this new literary scene, writing fantasy in English, with his Quixotic released in 2004. It took a few more years for other writers to come forward, and Mohamed G. Darwish and Hesham Ali are two Manama-based writers with works of fiction ranging from murder mysteries a la Stephen King to sword-wielding heroes in worlds of magic and sorcery.

Six years since the publication of his first short story in English, A Duck’s Sacrifice, on Wattpad in 2012, Mohamed G. Darwish has managed to publish a few other works of mystery and fantasy including his debut novel Dragon Tooth in 2015.

Despite the need for editorial fine-tuning, Dragon Tooth has it all: magicians, dragons, insurmountable powers of good and evil, camaraderie, and romance. The plot follows the protagonist and his companions in their quest to defeat a dragon and restore balance to the world.

The potential of the story is however derailed by the lack of background information necessary to readers’ engagement, the introduction of a number of two-dimensional characters, and the ambitious, yet under-developed themes. The language is easily accessible to young adult readers who make up most of Darwish’s readership, although, on occasion the reader is met with odd linguistic constructions and confusing grammatical shifts.

Darwish intends to revisit Dragon Tooth with a keener, more critical eye, once he is done with his current projects, as he told me when I put forward these question about writing fantasy fiction in English.