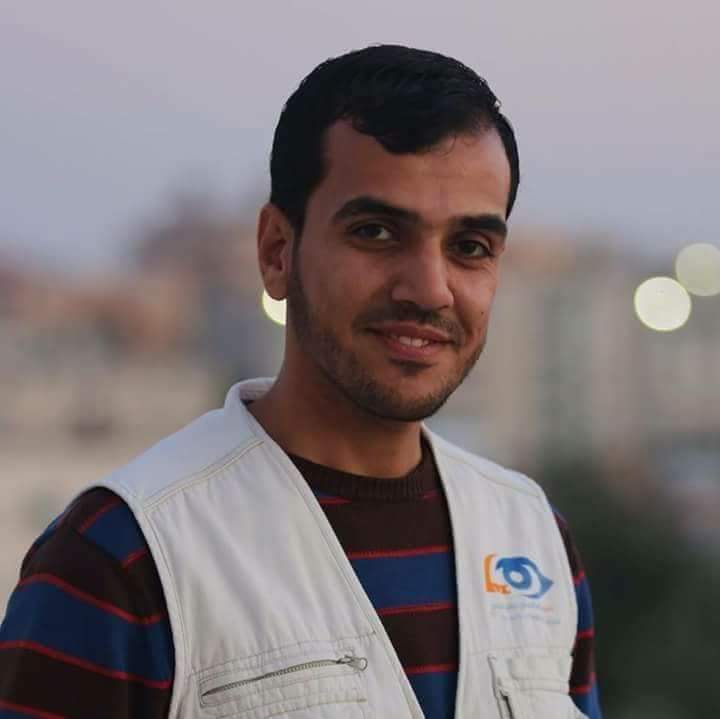 Palestinians killed in conflict with Israeli forces are often wrapped in their national or party flags, but there was something different about Yasser Murtaja's body ahead of his Saturday burial.

Resting on the journalist's chest was a flak jacket marked PRESS, possibly the one he was wearing the day before when he was shot dead at the Gaza border, apparently by an Israeli sniper.

Dozens of journalists, many fighting back tears, followed the body of the 30-year-old father as it was carried from the hospital to his home late Saturday morning.

His serene face exposed and body wrapped in the Palestinian flag, the flak jacket lay on his lifeless chest.

Murtaja was one of nine Palestinians killed as Israeli troops shot at thousands of stone-throwing protesters in five spots along the border Friday, a week after 19 people were killed during similar demonstrations.

His killing will likely increase calls for Israel to investigate the deaths, with photos taken at the scene indicating he was wearing a press vest when he was shot.

Murtaja, who was well known in the local media scene, worked for the relatively small Gaza-based Al-Ain media production company, specialising in documentaries.

His brother Mutasim, also a journalist who was with him on Friday, said Murtaja was photographing a number of protesters burning tyres when he was shot.

"Yasser went forward to take the true pictures to show the world," he told AFP. "Then the bullet hit him in his stomach."

The Israeli army said in a statement it "does not intentionally target journalists".

"The circumstances in which journalists were allegedly hit by Israeli Defence Force (IDF) fire are not familiar to the IDF, and are being looked into."

Murtaja recently worked on a documentary about the 2014 war between Israel and Gaza's Islamist rulers Hamas, which was shown on Al-Jazeera Arabic.

But he also focused on other topics, where frequently used drones, which seem to have been something of an escape from life in Gaza.

The Palestinian enclave has been under an Israeli blockade for a decade, while Egypt has all but sealed its border in recent years as well — leaving the Strip's two million residents effectively locked in.

"My name is Yasser Murtaja, I am 30 years old, live in Gaza City and have never travelled," the journalist said in a March post on Facebook accompanying one of his drone photos from high above Gaza.

Hind Khoudary, a friend and fellow journalist, said he was "a beautiful person both inside and out".

"His reputation with everyone was as someone very kind," she added, tears welling in her eyes.

The journalist's friends and family insisted he was independent of any political party.