This novel about homosexuality, religious intolerance and political conflicts in Afghanistan, is also about the beauty of life amidst ugliness

The Carpet Weaver begins in Afghanistan in 1977, when the narrator and protagonist, Kanishka Nurzada, the son of an affluent carpet seller, falls in love with his male friend, Maihan. In due course, Maihan, who is bisexual, reciprocates, but the two young men have to keep their feelings hidden from everyone.

Afghanistan is a country where, at least in the upper classes, girls and boys mix freely, and alcohol can be consumed. But homosexuality is still, at best, a dirty secret, and both the boys, in their late teens, do not want to disappoint their families. 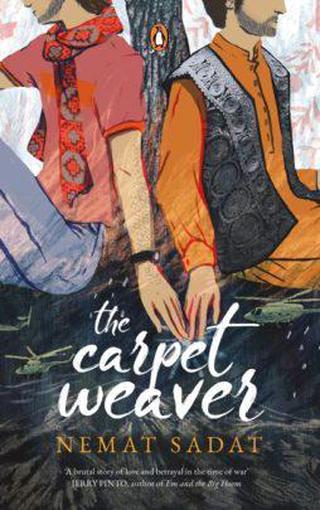 But Kanishka’s father, “Baba” to Kanishka, has his own secret. He is a leader of the underground Maoist movement, which has now been cut adrift by globalising Beijing. It is one of the leftist movements fighting for democracy. The burgeoning Islamists and various other groups, including two mutually hostile Marxist ones supported by the U.S.S.R, not to mention the CIA and others agents, are in the fray too. But the politics of the times stays mostly in the background, and that makes its echoes more powerful. Even as the weak-kneed royalist government tries to appease Islamists and stay modern at the same time, the space around the two boys tightens: there is news of girls wearing Western clothes being attacked with acid, mullahs barge in to hector Baba for naming his shop after Marco Polo, the two boys receive threats from unknown people.

The times worsen. Even as the boys are beaten and sexually abused by schoolmates who discover them together, an army coup takes place, and the regime changes after the usual bloodshed. Baba is arrested for complicity in an attempted coup, and he disappears into the prisons, never to emerge again. The Soviet-led change of regime makes matters worse.

Finally, Kanishka, his mother and his little sister get themselves smuggled — a horrific journey — into Pakistan. Kanishka hopes to make it to the U.S. and eventually be united with Maihan there, but life never turns out exactly as one hopes.

For me, the strongest part of the novel is that which takes place in Afghanistan. Sadat is a highly competent writer: he writes lucid lines, but he is no poet, at least in English. And yet, there are passages about Afghan food or streets or family traditions or folklore full of such precision and subdued poignancy that a kind of poetry emerges. When the narrative moves out of Afghanistan, in the last third of the novel, it remains just as gripping as before, but loses the impact of the deeply felt details of the earlier part. Nevertheless, this is an accomplished and highly readable novel.

What strikes me as the strongest element of this novel, and Sadat’s greatest achievement, is not the bravery and necessity of its narration of homosexuality, or of religious intolerance and the political conflicts that have devastated Afghanistan. These are the obvious skids on which the rollers of this captivating narrative run. But more remarkable is the backdrop that Sadat etches, the gaps and rents that he displays, fleetingly, in his narrative of the nightmare of history.

There is the family function in which the Quran and the Rig Veda are venerated. There are girls and boys meeting freely in private groups, but avoiding any public contact. There is Baba, who has defied his Sunni family to marry a Shia, Kanishka’s mother, but nevertheless bears a grudge against Shias for ‘splitting’ Islam. There are secular Maoists who believe in the existence of flying carpets and flying horses mentioned in religious texts. There is Kanishka’s mother who accepts so much, but cannot really accept his homosexuality. There are the religious boys who detest and persecute gays, but are happy to sodomise others as ‘punishment.’ And there is Kanishka himself, whose sexuality is natural to him, and who tries to force himself into heterosexual relations without success.