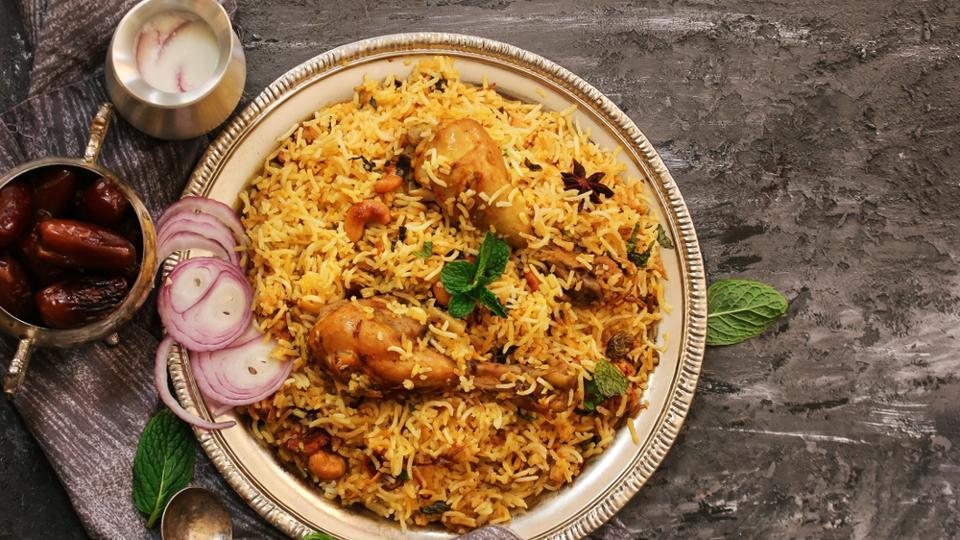 Is Islam the name we give to people, to a religion, to a culture, or to a tradition? Or is it just a faith embraced by different people with different traditions and cultures?

It is an important question around which many debates have been conducted. In the 1980s, for instance, VS Naipaul, in his influential Among the Believers said that though Islam was meant to be a religion followed by different people all over the world, there was a determined push, fuelled by Arab money, to turn it into a mono-cultural global faith based on the tenets of Arab Islam.

Though Naipaul’s book was widely condemned at the time as being borderline-prejudiced, some of his predictions have come to pass. The glorious joyous traditions of Islam all over the world have come under the shadow of fundamentalists who would impose a particularly severe form of Arab conservatism on all Muslims.

Shahi Paneer’s origins can be traced back to the Islamic world.

If you believe, as I do, that Islam is a religion that does not require people to sacrifice their own cultural identities for an Arab make-over, then you must wonder if there is such a thing as Islamic cuisine. Even in the Indian subcontinent, the food of Bengali Muslims differs vastly from, say, the cuisine of Punjabi Muslims (despite Jinnah’s dreams, the two parts of Pakistan never united under a single, one-nation biryani), let alone the food of the Muslims of the Kerala coast.

In fact, there is good reason to argue that religion and food do not necessarily go together. Is there a distinctive Christian cuisine? Clearly not. Or a Jewish cuisine? Most ‘Jewish’ restaurants and delis in the West focus on the food of Eastern European Jews. But the Jews of Israel prefer a cuisine that is not dissimilar to the food of the rest of the Middle East.

And yet there are some dishes that do unite Islamic communities. I had not realised how many there were till I read Anissa Helou’s masterly Feast: Food of the Islamic World. Helou, who was born to Christian parents and has lived all over the world (Beirut, London, Sicily, etc.) is one of the world’s foremost authorities on Middle Eastern food.

She decided to do this book, she told The New York Times, because she was fed up of seeing Islam portrayed as the religion of those who would spread terror or wreak havoc. She grew tired of the Western media caricatures of Syria and Iraq, both countries she knows well, and wanted to convey some sense of the joy and pride Muslims took in their often very complex and inventive cuisines.

She travelled outside the Middle East, to Bangladesh, Indonesia, Pakistan, India (which is where I met her and therefore rate a brief mention in the book) and collected the best recipes for dishes that were associated with Islamic communities. Because cuisine is not only about religion, this was not always easy to do. For instance, Feast has a recipe for Paneer Makhni. Is that an Islamic dish? A Hindu invention? Who knows?

But as I read through her book, I realised you could take it at two levels: as a compendium of the 300 best dishes from the Islamic world (which, I think, is what Helou intends it to be) or as a journey through the lives of dishes as they travelled around the globe.

Certainly, there are more similarities between the various dishes featured here than we realise. Take the idea of cooking meat on skewers (brochettes if you want to get fancy) which the Turks called kababs. We suspect that the Middle Eastern version of the dish came from Turkey because Turkish eleventh century texts make reference to skewered meat.

But, there is some kind of skewered kabab in every country where there is a Muslim population: the Middle East, of course but also South Asia. I hadn’t realised, till I read Feast, that the Indonesian satay is also, at the end of the day, a classic kabab—pieces of meat cooked on a skewer. (Indonesia is, of course, the world’s largest Muslim country.)

Or take the Islamic bread tradition. We know that there were pit ovens all over Asia even before the birth of Christ (let alone the Prophet). Ancient Sumerian texts talk about a cylindrical oven called tinuru and clay ovens have been found in Indus Valley sites. The origin of the tandoor is probably pre-Islamic though similar ovens survive in today’s Middle East under such names as tannur (Syria), tonur (Central Asia) or tandir (Turkey).

Our own tandoors have cousins all over the world and I have heard it suggested that given the contacts between the Indus Valley and Sumerians, who is to say where the original tandoor came from? Did we send it to them? Or did they send it to us?

What is not in dispute, however, is that India had no maida or refined flour tradition till Muslim traders, visitors and invaders introduced us to their breads. The naan is clearly of West Asian origin and you find some version nearly everywhere in the Islamic world. But even when you move away from maida breads, there are still Islamic influences in our food that we do not fully recognise.

Helou gives the recipe for Chila, a Zanzibar Ramadan speciality. It is a roti-type bread made on the tawa from a chick pea flour batter. Once you realise that we call chick pea flour ‘besan’; then the penny is certain to drop. This is the besan ka chila that we eat all over India, without being aware that it is a Ramadan delicacy in Zanzibar. Did it get there from here? Or, given that chick peas are a Middle Eastern specialty, did it originate there and then travel around the world?

Then, of course, there is the Middle Eastern rice tradition. We know that the Turks and the Iranians had their pulao but the general consensus is that biryani was created in a court kitchen in Delhi. Helou does not challenge this view. Instead, she respects the sub-continent’s biryani tradition and recognises that biryani is not a single dish but a whole school of cooking. Feast includes terrific recipes for several biryanis: a classic Avadh biryani; a kacchi biryani from Hyderabad (where the meat and rice are cooked together), a dum pukht biryani, a Calcutta biryani (made with potatoes) and a moplah biryani from Malabar.

But she notes that others also have dishes that they call biryani. There is a recipe for an Emirati biryani which is meatless and an Indonesian kebuli biryani, so called perhaps, because it originated from Kabul but thoroughly Indonesianised with makroot, lemon grass, coconut cream etc.

I read the book with fascination because Helou captures the joy with which most Islamic communities regard food. In every Indian city, every non-vegetarian Hindu will know that the cuisines of the local Muslim communities will be special. Whether it is the by-lanes of old Delhi or Mohammed Ali Road in Mumbai, the Muslim areas will always have extraordinary food.