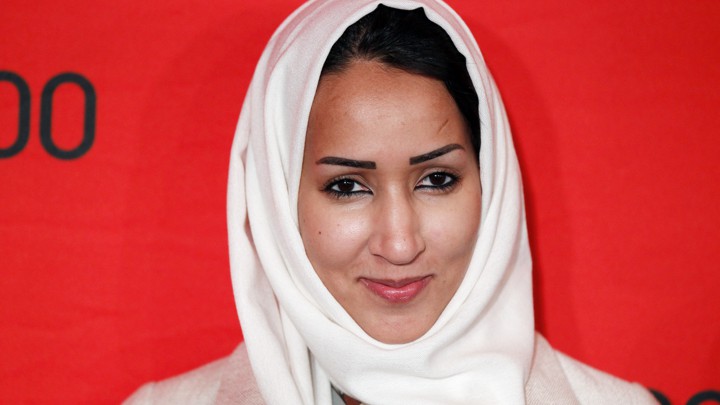 I never set out to be an activist. I was a religious girl, born and raised in Mecca. I started covering myself with abayas and niqabs before it was even required, simply because I wanted to emulate and please my religious teachers. And I believed in a highly fundamentalist version of Islam. For years, I melted my brother’s pop music cassette tapes in the oven because in fundamentalist Islam such music is considered haram, forbidden.

The only somewhat rebellious thing I did at a young age was to get a job as an information security specialist. I got married at age 24, had a son, and then got divorced. But once I turned 30, I started to do daring things on my birthdays. On my 30th birthday, I went skydiving in the U.S. The next year, I bought a ticket to Puerto Rico and spent time traveling alone. And back in Saudi Arabia in 2011, when I turned 32, I decided that I would start driving.

I went to meet my brother at his house. He handed me the keys to his car, a Hyundai Azera sedan, and told me, “I will be with you until the end.” He, my sister-in-law, their baby, and my five-year-old son Aboudi got in the car. I got in as well, but unlike every other time that we had ridden together like this, I was behind the wheel. I was excited but terrified. I hoped having my family with me would offer some protection if I was harassed. As I drove, I asked my sister-in-law to take out her cell phone and make a video. I was already thinking about how I could post it on YouTube.

I’d learned the proper rules of driving when I was living in the U.S.—I got a New Hampshire and then a Massachusetts driver’s license. But in Saudi Arabia, I never got behind the wheel. Saudi women rely on drivers to ferry them from place to place. We are at their mercy. Almost every woman I know has been harassed by a driver. They make comments about our appearance; they demand more money; they touch us inappropriately. Some women have been attacked. I’ve had drivers make all sorts of inappropriate comments and tape my calls when I’ve used my cell phone, thinking maybe they could blackmail or extort me.

I kept on driving, watching the faces of the other drivers on the opposite side of the road. All of them stared, even swiveling their necks around as we passed. Some glanced down or looked away and then looked back, as if they could not believe what they were seeing: a woman driving. I looked them straight in the eye and smiled, as if to say, Yes, you are seeing a woman behind the wheel. Time finally to get used to it.

I continued until I reached an intersection. There, directly facing me, was another traffic cop. I came to the horrible realization that perhaps the first traffic cop had not reacted simply because he had not seen me. As the second traffic cop looked at my vehicle, our eyes locked. When the light changed, I made a left turn, directly in front of him. I was barely through the lanes for oncoming traffic when I heard the command blaring over the police address system: “The Azera, pull over.”