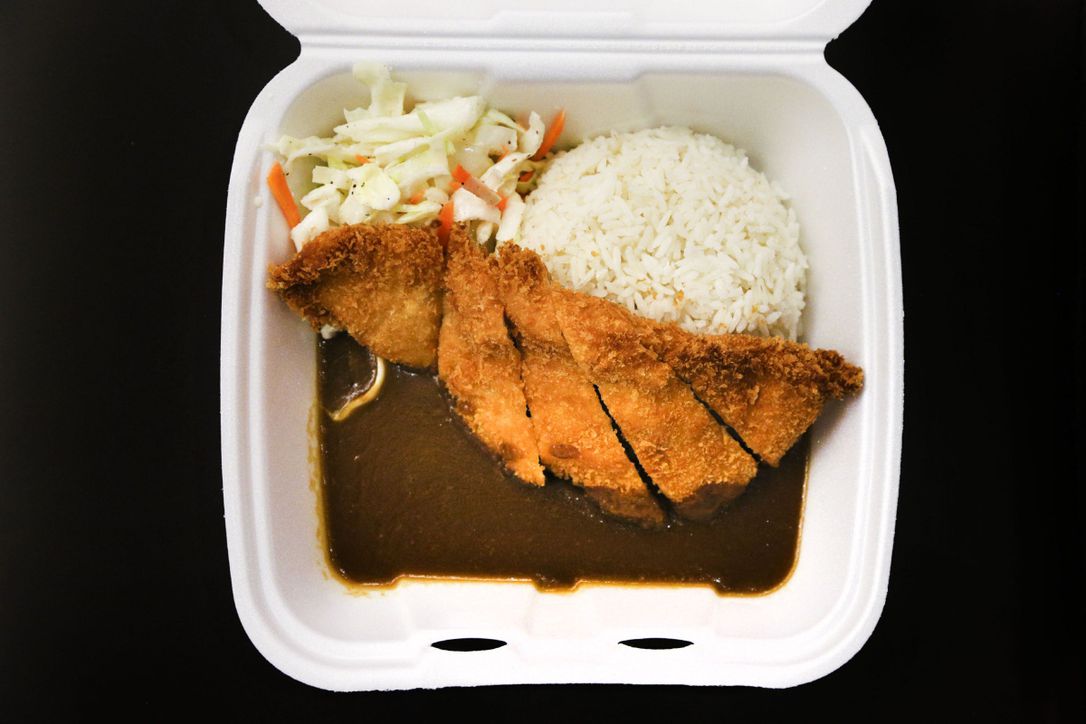 “Curry is as popular as ramen is in Japan,” says Yudai Kanayama, owner of the New York City restaurant Izakaya and creative director of Izakaya/Samurice at Canal Street Market. The same can’t yet be said of the Japanese take on the classic Indian subcontinent dish here in the United States. But Kanayama is hoping to change that.

According to Japanese food writer Morieda Takashi, as of 2000, the average person in Japan ate curry more frequently than sushi or tempura. In a survey of almost 10,000 Japanese participants—which called curry “a national food of Japan”—most people reported eating curry and rice several times per month.

Japanese curry tends to be mild, thick, and sweet. Though different regions have their own variations, it’s typically served with rice and katsu, flattened cutlets of either chicken or pork.

Growing up in the northern Japanese island of Hokkaido, Kanayama recalls eating his mom’s curry at home. Now, at his restaurants, he dishes up curry with rice alongside tonkatsu that’s made from pork that’s cooked for eight hours before being breaded and deep fried. To date, he says, curry has been the most popular menu item at both of his restaurants.

With his take on the dish, Kanayama largely recreates what he ate growing up, leaning on the typical mix of curry spice blend, soy sauce, and honey. There are some restaurant-worthy additions like deeply-roasted onions, oyster sauce, and white wine, but he says, “We don’t want to go too far from classic mom’s style.”

Part of that traditional flavor comes from the prepackaged curry pastes. “It’s almost impossible to make [the right taste] without using that paste,” he says. The most popular mixes come from House Foods, which has been making JAVA curry and Vermont Curry—the latter named for its inclusion of apples and honey—since 1926.

Japanese curry dates back even further than that, to the late 1800s when, legend has it, curry was introduced to Japan by way of a shipwrecked British sailor picked up by a fishing boat. At least, that’s the mythologized version that Dr. Merry White, a Boston University anthropology professor whose work explores Japanese food culture, told MUNCHIES over email.

The lone sailor carrying curry is likely a apocryphal stand-in for the way the British Navy spread the spice mix to Japan. By the late 19th century, the Royal Navy had been feeding its sailors curry tailored to British tastes for years. White speculates that was because adapting English food for the high seas would have likely caused offense to British sailors, so “using a ‘foreign’ food made sense.” For that matter, it was likely also later adopted by the Japanese Imperial Navy for similar reasons: curry and rice favored no specific region of Japan, making it less likely to alienate any particular battalion.

As a result, the Brits served their sailors a curry that was “gloppy, saucy, mid-brown-orange, slightly sweet,” says White. “It was a British, not Indian, curry that came to Japan, and stayed.”

While curries could be found in Japanese restaurants as early as 1877, writes Lizzie Collingham in the book Curry: A Tale of Cooks and Conquerors, it was army mess halls where curry fully found its footing. Easily scalable for large groups, curries were a good way to incorporate meat into troops’ diets. For the same reasons, curries soon became popular in school cafeterias as well. Then, when curry mixes took premade form, home cooks readily adopted the dish for its convenience.