Beatrix Basu’s blog ‘Cooking for Elephants’ is a melting pot of flavours and culinary influences. 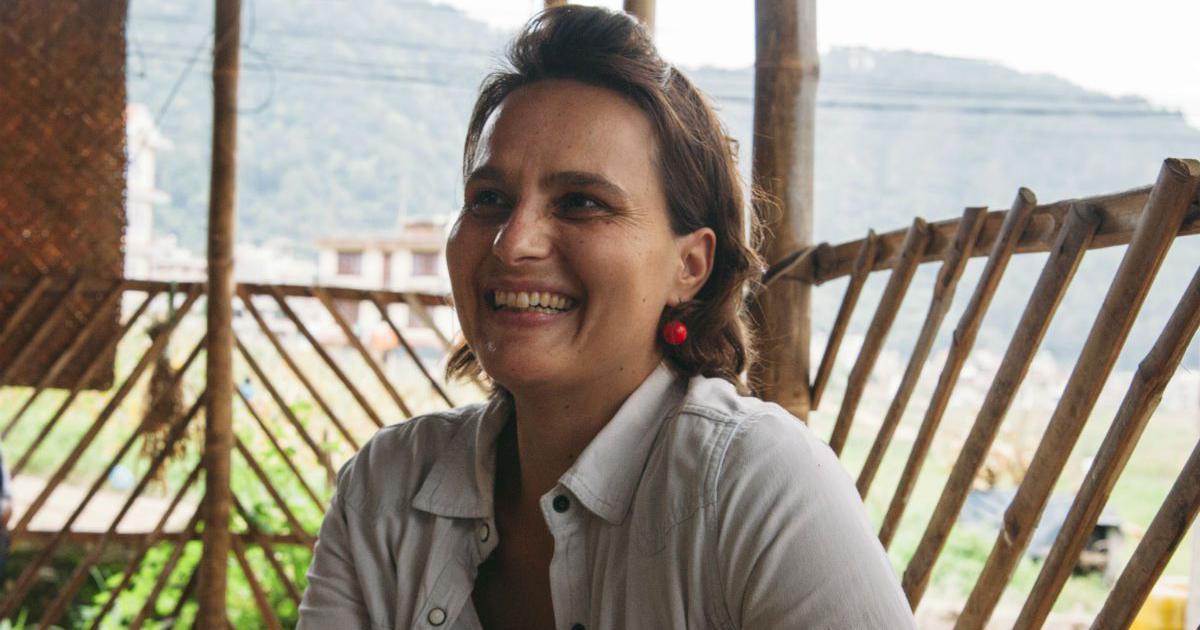 f you can whip up a mean Chingrir Malaikari or prawn curry, appreciate the nuances of a good chochchori, passionately extol the virtues of a fish head and swear by the fragrance of Gondhoraj Lebu, you are likely to be Bengali. Or Beatrix Basu. A German with a Bohemian streak, excellent culinary skills and a Bengali husband, Basu’s charming food blog Cooking for Elephants recently won the Reader’s Choice Award for Best New Voice at the prestigious Saveur Food Blog Awards.

Basu, nee Hartmann, grew up in Stephanskirchen, a tranquil Bavarian village on Lake Simssee in the Alpine foothills. She travelled the world extensively, before settling in India a decade ago and going on to marry a Bengali from suburban Kolkata. She currently lives with her husband and three-year-old son in a cozy home in a verdant part of Chandigarh, “where peacocks and monkeys roam freely”.

Her blog, endearing in its simplicity, is an honest reflection of her multicultural life steeped in contrasts – a melting pot of flavours, culinary influences and kitchen cultures. “For a long time I pondered on the kind of food I wanted to write about – Indian? German? Traditional recipes or personal ones?” said Basu. Finally she settled on the food cooked in her cross-cultural kitchen, and the food she experienced in her immediate surroundings.

So, on her blog, a galette is stuffed with Bengali-style bandhakopir torkari (a cabbage dish) and Tyrolean spinach dumplings rub shoulders with deep-fried pumpkin pakoras drummed up by Basu’s Bengali cook, Budhan da. The Bengali-style tomato chutney evolves into a jam that Basu likes to slather on toasts, while a raw pumpkin salad gets a chaat-like makeover, finished with a drizzle of sweetened yogurt and sweet and spicy imli chutney. A saffron-infused Makke ki Halwa shares space with vermicelli kheer, unusually flavoured with lemon zest and orange blossom water.

Basu’s penchant for the unconventional reflects in the name of the blog too. “Last year my grandmother passed away at 96,” said Basu. “With her death, a whole generation of my family came to an end. At the time I would always tell myself how the last big elephant is gone.” Naming her blog Cooking for Elephants was her way of dedicating it to her grandmother.

Her blog is peppered with fond reminiscences of the exquisite food cooked in her grandmother’s kitchen. “My grandmother was not only seriously passionate about cooking, she was also an unyielding perfectionist,” said Basu. But it was not just her grandmother’s culinary skills that inspired Basu – her life held important lessons too.

Born in 1922 to a Czech mother and German father, Basu’s grandmother grew up in erstwhile Czechoslovakia, between the two World Wars. “For my grandmother, eating was more about managing scarce resources and seeing her family through the hard times,” said Basu. “She often talked about how foraging in the forest helped them survive those hard times.” These stories influenced Basu’s understanding of, and approach to, food. The 40-year-old would someday like to address issues like sustainability and the future of food on her blog.

For now, she consults her mother-in-law on the finer points of Bengali cuisine. “She always surprises me with her knowledge,” said Basu. “Although I had visited Kolkata during my initial time in India, it was only after marrying into a Bengali family that I discovered the intricacies of Bengali food.” Basu is now proficient in drumming up everything from aloo posto and kancha aam diye daal (daal cooked with raw mangoes) to soft patishapta (crepes of sorts stuffed with sweet coconut stuffing) – food that’s a world away from the comforting flavours of her grandmother’s kitchen.

Basu grew up on a hearty diet of Butterbrezen, or Bavarian pretzels, generously slathered with cold butter, garden fresh salads, Dampfnudeln (steamed yeast buns) and sweet apricot dumplings and picturesque views of the Alps. Summers meant daily swims in the lakes (her favourite thing to do), picking red currants and gooseberries from the bushes, delicious Steckerlfisch (whole fish on sticks, grilled on an open fire) and Apfelschorle, a refreshing mix of apple juice and sparkling water.

“But India opened up a whole new world of flavours, introduced me to new ingredients and cooking techniques,” said Basu. Some of her fondest food memories are from the time she spent in Rajasthan during her early visits to the country. They include eating daal and baati cooked on the hot ashes of the hearth, smoky mutton liver with fresh grapes and the delicious Kumaoni black bean dal or Bhatt ki daal loaded with coriander greens. She also has a soft spot for Kashmiri cuisine, and loves her spices as much as she loves her cheese.

Basu is always on the lookout for rare spices that are “unique to the place”. “For instance, I was introduced to a fantastic pine needle or vanilla kombucha when we spent last summer in California.” One of her favourites is the Black Stone flower, or dagad phool, which she discovered in a pack of the legendary East Indian Bottle Masala. Luckily for her, the spice seller at her local market in Chandigarh stocks up on this edible lichen, allowing her to use it liberally in her cooking.