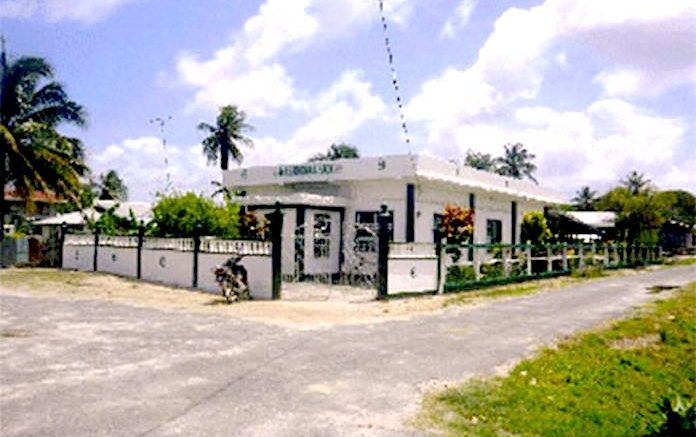 The Queenstown Masjid (on the Essequibo Coast) was built in 1780 by several Fulani tribes of African descent who came from Senegambia. The Fulani families on arrival on a slave ship at Queenstown built a small masjid with thatched roof and walls made of wattle and mud.

The floor was the earth. In those days, the Muslims and Christian slaves were prevented from practicing their religions.
Quite a few slaves were Muslims, while many others had their own tribal beliefs. Later, the Imaams were permitted in the masjid and were allowed to preach to the slaves on Fridays (Jummah namaaz [congregational prayer]). The Muslim slaves were brought by the British and Dutch to labour on the coffee, cotton and sugar plantations.

Among them were the Fulani-Hausa tribe, traditionally the pastoral and nomadic cattle herders from West Africa, many of whom had settled on the three cotton and coffee plantations at Dageraad, West Tuid and Mocha.

They were called “fullah man” because of their religion and their common language which they brought from West Africa and particularly those who came from the fula-speaking areas of Senegambia.

By the time slavery was abolished in 1834,  any presence of Islam among the slaves had long diminished. Nonetheless, up until the 21st century, a number of Africans from Queenstown Village still bore their Islamic names and have reverted to their original religion, Islam.

No doubt, they would have developed Islam as their religion, much coming to terms with the fate from West Africa and from their forefathers and overcome by a sense of frustration and futility from continuously testing the chains of slavery.

They would have known of the life of responsibility for wife and children; knowing when it was time to pray five times a day, time to sow and time to reap and when and how to hunt and fish and needing no master to so direct them.

This masjid, which was built by the Fulani tribe is the oldest among four others which is Lima, Aurora, Maria’s Delight and Jacklow.