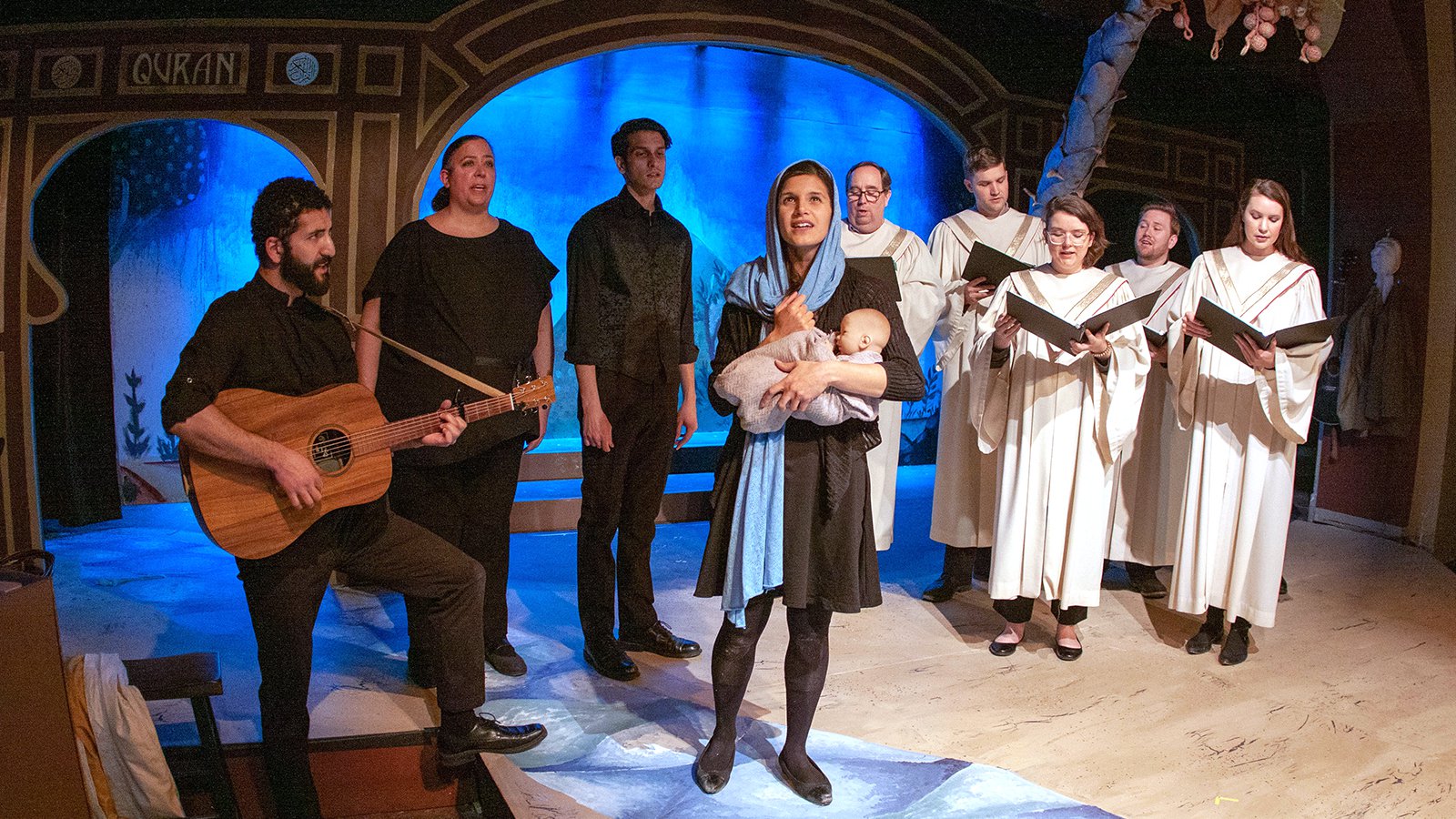 CHICAGO (RNS) — The scene is familiar from many Nativity scenes arranged at this time of year: the Virgin Mary, cradling the newborn Jesus.

Then, the baby speaks, defending his mother’s innocence and declaring he has been appointed as a prophet.

That might come as a surprise to Christians in the audience of the new play “Christmas Mubarak.”

The play, an original production from the Chicago theater company Silk Road Rising, sets the story of the births and lives of both Mary and Jesus from the Quran and Muslim traditions alongside the Christmas music of Christian traditions, in hopes it will illustrate how much the two religions have in common.

With an ensemble cast of four playing all the characters and adding scholarly asides where Muslim traditions interpret stories differently, the show is — in its own words — the story of “a love affair” between Islam and Jesus, who is viewed as a prophet by Muslims.

The songs in the show, which range from a Byzantine Christian hymn to Christmas carols like “Oh Holy Night” to contemporary Christian songs like “Mary Did You Know,” are performed by several members of First United Methodist’s choir.

“This is a love letter to the Muslims we know and who come, that they’re going to feel like they’re incorporated in the Christmas holiday,” said Corey Pond, a Silk Road member who directed and adapted the play, working with a consultant on Islam to make sure it wouldn’t offend.

Pond, who was raised United Methodist, began working on the play over the summer. He said he wanted to tell the Muslim stories of Jesus’ life chronologically, from the promise of his birth to the promise of his return, and chose stories that, if they weren’t the same in both Islam and Christianity, were similar enough to feel familiar to Christians in the audience.

There’s the story of the angel Gabriel announcing to Mary she miraculously will give birth to Jesus, similar to the account in the Christian Gospel of Luke. In Islam, this fulfills a prophecy that was given to her father. Mary then hides away during her pregnancy, revealing it to Joseph, who in Islam is not her fiance, but her cousin.