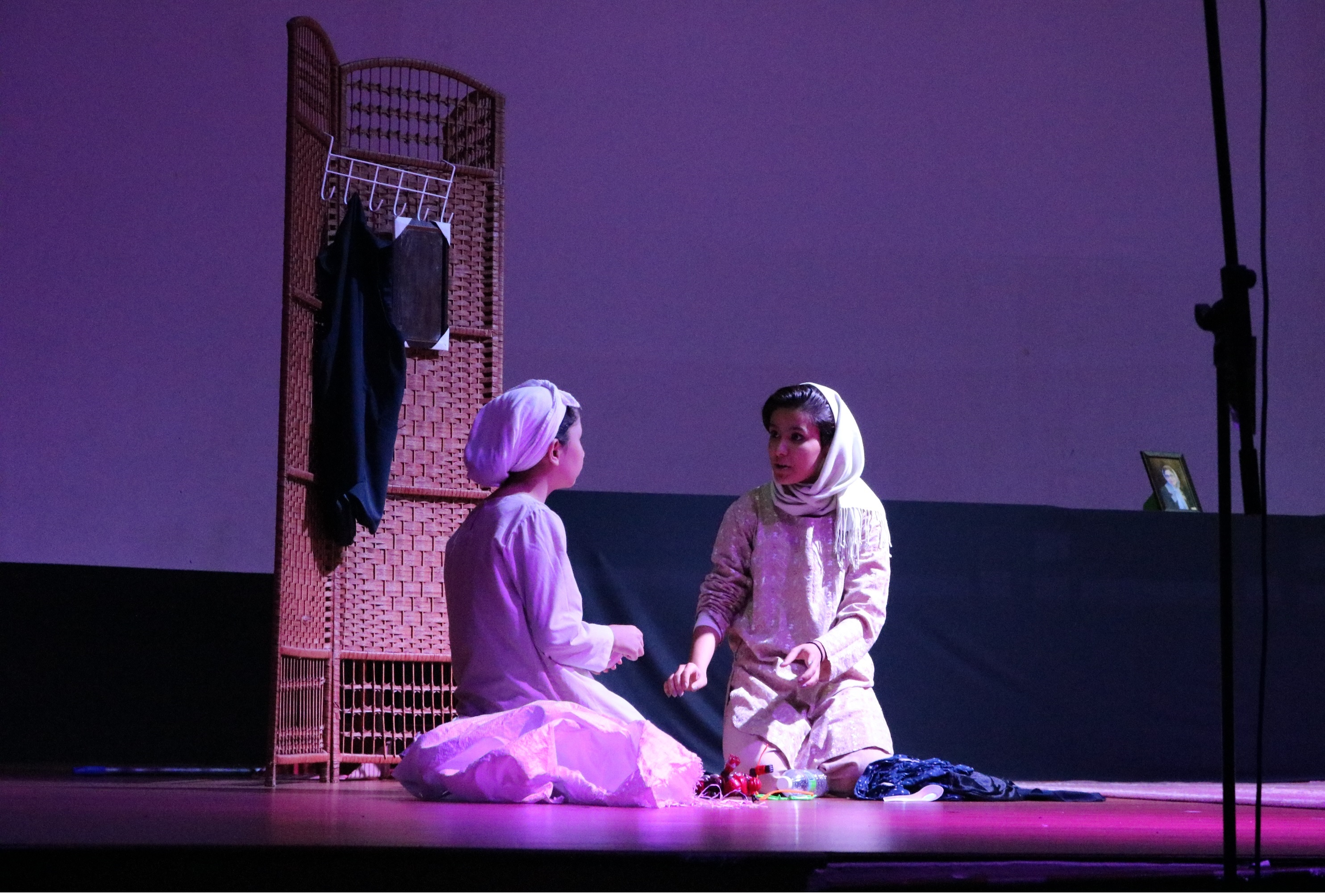 Parastoo is the Persian name for the beautiful bird called Swallow. The bird is always moving and has a nomad-like quality as it doesn’t really have a home – a befitting name for the theatre assemble which is made up of refugees from Afghanistan.

The play is straightforward enough: It is set in Afghanistan and tells the story of Nazanin, 12, who is forced to marry an older man when her father loses to him at gambling. She tries to fight for her freedom, but ultimately finds that her fate is bleak and she is caught for trying to flee.

Nazanin’s fate reflects the bitter reality of a lot of Afghan women. Afghan law rules that girls and women in the country who suffer from violence have the right to flee their home. However, they are often arrested by law enforcement officers who do not know the law. According to statistics, 70 per cent of female prisoners in Afghanistan are imprisoned for escaping their home.

“By performing “Screaming in Silence” I wanted the Malaysian community to be more familiar with the situation of women and girls in Afghanistan. The oppressed women do not have any power and the effective tool to escape from their oppression and the primitive life in Afghanistan. They look forward for freedom and assistance,” the play’s writer and director Saleh Sepas said. 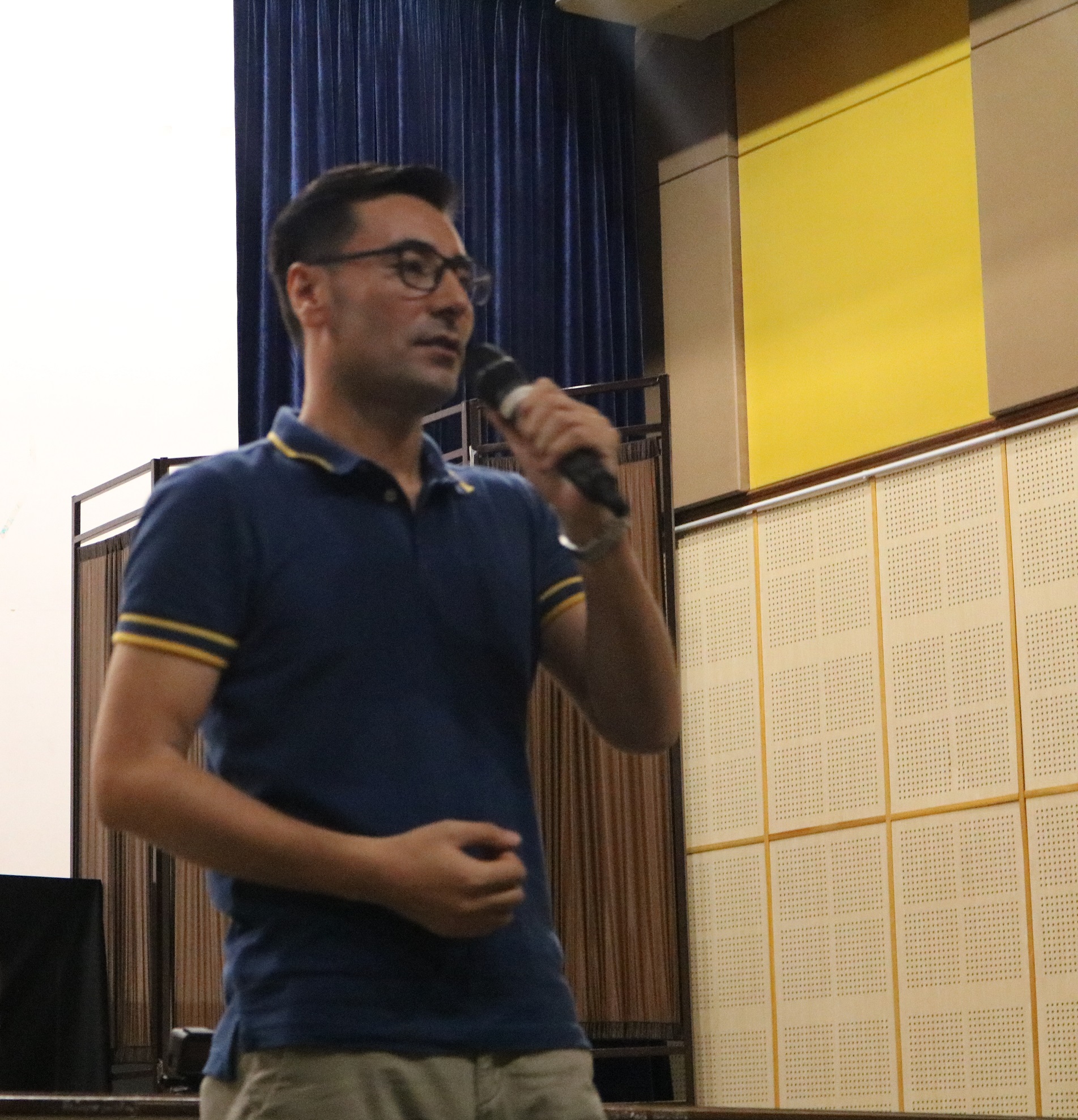 Sepas created the Parastoo Theatre group in 2017. Sepas is a theatre graduate from Kabul University. He has written scripts for theatre, radio and television. Perhaps one of his most impressive works was writing and directing the BBC radio drama called ‘New Home for New Life’. It was aired to millions of households and has won a string of international awards for promoting human rights.

Building a theatre assemble was hard for Sepas at first: None of the actors had prior acting experience. When he announced a call-to-action, twenty people came, but ultimately, he chose six, based on a few criteria, such as their ability to make to for rehearsals and meetings, having interest and belief in acting, as well as having the talent and skills for acting.

Theatre of the oppressed

The play utilized a tool called ‘Theatre of the oppressed’ (T.O). T.O was created by the late Nobel Peace Prize nominee Augusto Boal and has been popularized across the world as a tool for social change. Boal started T.O during his work with peasant and worker populations in Latin America and since then, the tool has been used for community building, peace efforts, activism and government legislation. T.O uses audience participation: After a performance ends, people from the audience are called up to the stage to ‘play out’ an alternative version of a scene that they like in order to change the plot - and ultimately the ending - of the story.

It is a tool to show that ordinary men and women have the power to shape their own destiny.

‘Screaming in Silence’ played to a pack audience of students. After the performance ended, a few students eagerly came up on stage to enact alternative plots to the story. The question posed was simple: What could have been done to prevent Nazanin from being married off to her father’s gambling friend?

The students’ ‘intervention’ drew hilarity from the crowd who cheered enthusiastically.

Amanda Soo Wei Xuan, 16, was among those who volunteered to come on stage. “I learned from the performance that we must always respect people and their decisions,” she said.

“It is important for our students to think about those who are less fortunate,” Allen Yong Kuan Hon, Head Teacher of Stella Maris International School, said. “Watching this performance, students are challenged to understand the struggles of others and be encouraged to think from a global perspective point of view.”

Sepas said: ‘Theatre of the oppressed helped the students to become aware about the situation of women and girls in Afghanistan. They were not just a viewers, they were part of the theatre who played their own ideas and solutions on the stage. Using this tool, the audience are not just a viewers but also an important part of the theatre, which provides a solution with their participation. It helps to make their worldview become better, and they are encouraged to think and provide solutions with responsibility. In fact, the students encountered a challenge and they were struggling to deal with this problem and try to find a solution.”

Sepas also emphasized on the cultural exchange that the play brought between Afghanistan and Malaysia.

“Refugees have voices, and this theatre is one way to bring the voices of refugees closer to Malaysians,” he said.

“Previously, I felt that there was a space between the refugees and the locals, but today I feel that the space has been removed,” Sepas said at the conclusion of the two-hour event.