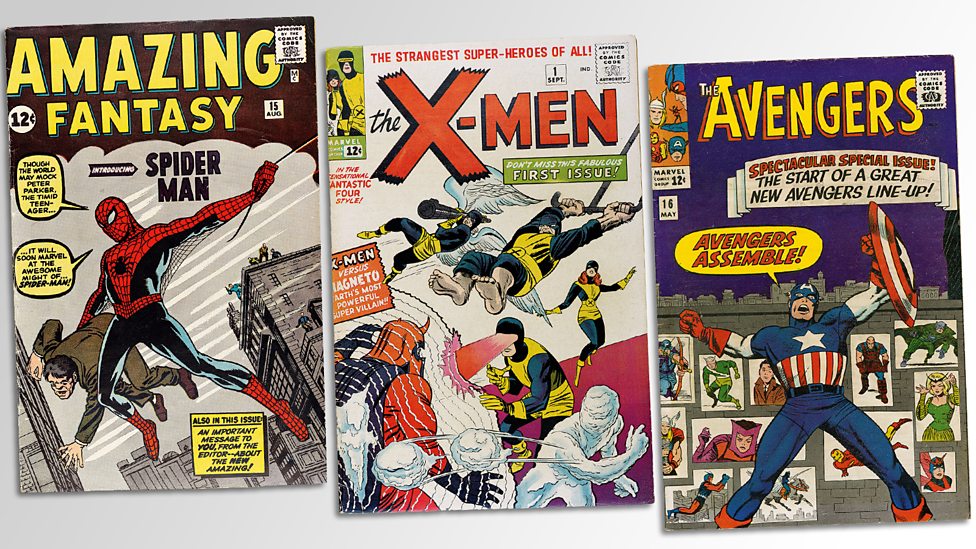 In The Stan Lee Story, Roy Thomas offers his readers Stan Lee's own account of the turning point of his comic book career in the early 1960s.

Lee said: "Well, I had been in the business for a million years and I was ready to quit because I didn’t like the stuff we were publishing.

"I didn’t like the stories I was writing because my boss, the publisher, said to me, 'Stan, just give me a lot of action and a lot of fight scenes, that’s all the readers want.'

"And I said, 'How about concentrating on story?' 'Forget the story, put a lot of fight scenes on every page.'

"Well, I wanted to get paid, so I did it, but after a while, I got sick of it and I said to my wife, 'I’m going to quit.' And she said to me the wisest words since the Ten Commandments. She said, 'Why don’t you write one the way you want to write it? You’re going to quit anyway, so if he fires you, who cares? But get it out of your system.' And that’s when we did... The Fantastic Four."

While the various Fantastic Four film adaptations have generally been seen as flops, it was a revolutionary comic book.

Moore created titles like Watchmen and The League of Extraordinary Gentlemen as well as writing Batman and Superman stories. He reports being captivated as a child by how different the Fantastic Four characters were in comparison to the clean-living, square-jawed heroes of DC Comics.

He wrote: "The most immediately noticeable thing was the sheer strangeness of Jack Kirby’s art...

"The writing, however, was stranger... What was special was the characterisation... the way the characters talked, thought and behaved... On more than one occasion the Thing came dangerously close to actually murdering the Human Torch while in a bad mood and in general you had the impression that he was always on the verge of turning into a fully fledged villain and quitting the Fantastic Four for good.

"To someone who had cut his teeth upon the sanitised niceness of the Justice League of America, this was heady stuff indeed. I mean, in DC comics, if Superman ever said anything remotely nasty to Batman or Wonder Woman you knew that he was either suffering from the unpredictable effects of Red Kryptonite or was having his mind controlled by Lex Luthor’s latest 'Brain-Ray'."

The creation of the Fantastic Four was just the beginning of an incredibly fertile creative period for Stan Lee and his most regular collaborator, Jack Kirby.

Due to the impressive sales figures for Fantastic Four, Lee and Kirby's publisher Martin Goodman wanted them to create another superhero team. But they had other ideas.

Roy Thomas says that instead they chose to focus on another aspect of the Fantastic Four's appeal.

He writes: "Since clearly the breakout star of Fantastic Four was the Thing, the new superhero wasn’t really another superhero — but rather another sympathetic monster. The Incredible Hulk.

"[But] readers turned out to be less excited by a monster hero who lacked superheroes to interact with. In fact, after a mere half dozen issues, The Incredible Hulk would actually be cancelled."

This initially muted reaction to the Hulk didn't slow them down, though. Thomas writes: "There’s no way to be sure which new hero series was created third, after Fantastic Four and Hulk, since three new characters would debut that summer [1962] over a period of just a couple of weeks: Thor, Ant-Man, and Spider-Man. But there’s a very good chance it was the wall-crawler.

"In his youth, Stanley Martin Lieber [Lee's real name] had loved the masked hero of a pulp magazine called The Spider. There hadn’t really been anything spiderlike about him besides his name, but Stanley had loved that name. But when Stan Lee told his boss his Spider-Man idea, Goodman loathed everything about it!

"The name? 'You can’t call a hero Spider-Man, Stan. People hate spiders!' The concept? 'He’s a teenager? Teenagers can only be sidekicks!' The 'personal problems' Stan wanted him to have? 'Heroes are too busy fighting evil to slow down the stories with personal stuff.'"

Despite all of Goodman's reservations, Lee got to publish a Spider-Man story in an edition of Amazing Adult Fantasy. The character was designed by Steve Ditko rather than Jack Kirby.

Ditko said of his design: "One of the first things I did was to work up a costume. A vital, visual part of the character. I had to know how he looked before I did any breakdowns. For example: A clinging power so he wouldn’t have hard shoes or boots, a hidden wrist-shooter versus a web gun and holster, etc... I wasn’t sure Stan would like the idea of covering the character’s face but I did it because it hid an obviously boyish face. It would also add mystery to the character."

When sales reports for Spider-Man's debut in Amazing Fantasy No 15, publisher Martin Goodman declared it a "smash success" and suggested to Lee that the character be given his own series.

The initial appearance of Iron Man, in Tales of Suspense, in which he fought against North Vietnamese forces was, in some ways, standard comic book fare according to Roy Thomas.

He writes: "That tale was a natural successor to the superhero-versus-Axis yarns that he and other Timely writers had scribed during World War II, only with Communists replacing the Nazis and Japanese."

But the man inside the suit, Tony Stark, was a deviation from the norm. According to Lee, the character was a deliberate challenge he set himself.

Lee said: "It was the height of the Cold War. The readers, the young readers, if there was one thing they hated, it was war, it was the military. So I got a hero who represented that to the hundredth degree.

"He was a weapons manufacturer, he was providing weapons for the Army, he was rich, he was an industrialist. I thought it would be fun to take the kind of character that nobody would like, none of our readers would like, and shove him down their throats and make them like him."

X-Men and The Avengers

Martin Goodman, publisher of Marvel comics, continually pushed Lee to copy successful formats. Thomas writes: "With both Fantastic Four and Spider-Man selling, Martin Goodman wanted a virtual clone of each. That’s right — two additional superhero titles, to debut in the summer of ’63 — one featuring a group of heroes, the other, a solo stalwart. And Stan, way past all thoughts of leaving either the company or the comicbook industry by this point, was happy to oblige.

"The group title came easiest. Rather than having its heroes acquire superpowers via cosmic rays, gamma rays, a radioactive spider, whatever — what if they were born with them?"

Lee again collaborated with Jack Kirby to create the original X-Men crew – Cyclops, Marvel Girl, the Beast, Iceman, and the Angel, led by Professor X – who were pitted against the evil mutant Magneto.

But when the production of the single superhero story, Daredevil, was delayed (the illustrator struggled to fit it in around his day job at Hallmark Cards) Lee brought together some of his existing characters – Thor, Iron Man, the Hulk, Ant-Man and the Wasp – in a team he called The Avengers.

Thomas writes: "Stan would make major changes to The Avengers, from issue to issue, as befitted a series cobbled together to meet an 11th-hour emergency... by Avengers No 3, Iron Man would sport new, streamlined, red-and-yellow armour... and in the landmark fourth issue, at the turn of ’64, he brought back the third of Timely’s Golden Age Big Three heroes.

"Captain America, it was discovered, had been frozen in suspended animation inside an iceberg since near the end of the Second World War. Sensing that 'Cap' was a natural leader, Stan made him a linchpin of the group almost at once."