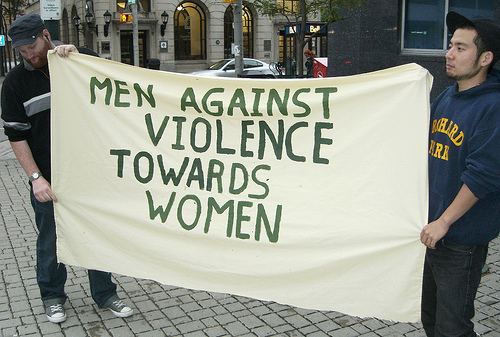 Rizal Rozhan, 26, is the advocacy and capacity-building officer for the Malaysian human rights non-governmental organization EMPOWER. His scope of work includes matters regarding state accountability, specifically on the Universal Periodic Review (UPR) and the Sustainable Development Goals (SDG). He believes that good governance and an end to patriarchy in Malaysia are the keys to ensuring women’s political participation. In his free time, he may be found in jungles, nearby waterfalls, on top of a random hill - or at least he wishes to be.

I recently spoke to Rizal via email. His responses have been edited for clarity.

1. How long have you worked as an activist, particularly in the women’s rights movement? Mind elaborating a bit on your work history?

EMPOWER is my first official full-time 'job'. As of February 2018, I have been their staff for over 2 years. I have been working in a lot of part-time jobs since I was in my secondary school. I was in the F&B industry and the hospitality industry. I was brought up in a low-middle income family, so I have always rolled my sleeves and worked tirelessly to survive. All this would not be possible without my mom's encouragement and support for me to earn independently.

My first 'professional' employment experience was during my internship. I was a Perdana Fellow to the Minister of Foreign Affairs, Malaysia, Dato' Seri Anifah Aman. For those who are not familiar, Perdana Fellow is an internship programme coordinated by the Ministry of Youth and Sports, Malaysia which attaches 'fellows' to their respective cabinet ministers. That experience inspired me on how it was like working within the establishment's structure. Nevertheless, I failed to be attracted to the idea of working within a rigid structure with a hierarchy and a somewhat prevalent feudal mindset. As I resumed my studies after the internship period, I stumbled upon a job vacancy in EMPOWER and decided to try it out.

2.  What do the words ‘feminist’ and ‘feminism’ mean to you?

A feminist is someone who identifies gendered power structures, whether at a systemic, structural, or individual level and works uncompromisingly to shift these power structures to one that benefits everyone as a whole.

Examples of these power structures are the differences of power within a family, where often, the male/masculine figure dominates decision-making processes and have arbitrary access to it. To look at these power structures, a feminist would put on a 'gender lens' in their analysis of all things and this makes up their worldview. Feminism is therefore the embodiment of the above critical analysis to everyday issues, to change mindsets and spark paradigm shifts. It is a movement, campaign, belief, and a value altogether which is not owned by anyone, except participated in.

Feminism has deconstructed, reshaped, and added valuable perspectives in me. As a cisgendered male, I am learning and still learning. I participate in feminism with a good slap to the forehead as it makes me more reflective of my actions and surroundings.

3. Do you identify yourself as a feminist or feminist ally? Why or why not? Can you tell me more about it?

I think this process has been quite difficult for me. I have been quite inconsistent in labelling myself as either a feminist or a feminist ally because I have always been reminded of the power structures which I contribute to and norms I perpetuate.

Although, this does not mean that being a feminist is 'exclusive' or 'elusive' for that matter. It just speaks to the amount of reflection and critical analysis it takes to hold oneself to the highest standard of thinking as possible. The reward of being a part of whether a feminist ally or feminist, is not the label - in fact, it is the amount of learning and motivation to contribute to a higher cause as part of the journey to attain such identifiers that is more profitable.

4. Some people say that men cannot be feminists. What do you say to that?

I won't lie, it takes a lot of time, concerted effort and openness to break one's initial worldview/ego and agree with the values and ideas shared by feminists. Men cannot be feminists, not because it is exclusive, rather, it takes a 'real' man to embark on such challenge.

5.What are people’s reactions when you tell them you work in a women’s rights NGO and how do you react?

6. Have you encountered any Men’s Rights Activists (MRAs). If so, how have you dealt with them?

I've never really met Men's Rights Activists in person per se. But, I see more and more men are identifying themselves as 'meninists', I suppose that is the complete antonym to the label 'Feminist'.

Most of these professions are done online. Usually, it is very draining to discuss issues with meninists as their worldview, whether justified or not, are on the end of the other spectrum from myself. So, online, I have always practiced a "know when to stop" policy. If topics discussed gets personal and toxic, I would leave try my best to not resort to personal and toxic attacks. Of course, this took time for me to learn.

7. What are some of the biggest misconceptions about feminism that you have encountered and how did you correct them/aim to correct them?

“Feminists hate men!” To this, I usually point out that first, this is not true. I then proceeded to enlighten them as to what exactly feminists are actually against, i.e.  among other things, patriarchy and misogyny. Most of the critics are men. I have to say, I am very interested in confronting people through dialogues.

8. How active are you in the feminist cyberspace? Can you tell me a bit about your experience there?

To be honest, I am not really that active in the feminist cyberspace. However, I have tried to the best of my capacity to support women's freedom of expression online and this includes gender non-conforming individuals who often get attacked in cyberspace just for being who they are. I find helping out and promoting women's freedom of expression online can be quite an ordeal in Malaysia because the dominant narrative online is quite toxic: body shaming, sexual abuse, gender-based violence as well as personal attacks against feminists. These are the contents shared, spread and propagated every day.

Once, I defended a fellow women's rights activist freedom to express her opinion online and I was endlessly accused of being "a pretentious man just trying to get into women's pants" by a certain Twitter user. That experience may have taken place a long time ago, but it shook me as to how low some people are willing to go just to defend their action of silencing women and their allies.

9. Most Muslim believe that feminism is not needed as women are already granted rights under Islam. They believe a push for more rights go against the spirit of the religion which says that men and women are different. What do you say to that?

Most Muslims who argue on that basis don't actually follow through with their claims. It is because they fail to see the endemic patriarchy in the structure that passes down what we see as the spirit of Islam today. They fail to see that what actually shapes Islam as they believe it- some call it the Malay-version of Islam - is actually a product of hundreds of years of interpretation and re-interpretation of religious texts through the perspectives of men. This creates a lot of confusion with regards to the 'high status' of women in Islam and what they actually can or cannot do in Malaysia itself.

10. You are a practicing Muslim and also a women’s rights advocate. Can you describe how your faith and spirituality influence your human rights work?

I believe in the saying which is: Islam itu Syumul (Islam is perfect). I believe, there should be a fresh perspective as to how we view religious texts and hold honest discussions to breaks stigmas and dogmas to tend to the reality we face as Muslims in this world.

11. Can you trace back how you got into women's right work?

Since I was in my primary school, I have always believed that something is not right in the way people treat men and women, girls, boys and as well as people who do not fall into any of these binary boxes. I was not convinced that the class leader/class representatives in my primary school should have always been awarded to boys while the deputy class representatives were girls. I felt even more unfair seeing the deputy class leaders doing the menial work such as calling teachers to the class, doing the housekeeping, etc. while the boy class leader always takes credit for all those efforts.

It was not until I was in my university years when I took Gender Studies that I saw a whole lot more disparities between male and female, and how things are even worse to gender non-conforming people However, the journey that led me to this movement was not possible without my own reflections of what I can do to help change mindsets with regards to gender equality within myself and my surroundings.