By Jason Lemon for stepfeed.com

Lebanon’s Manal Issa never planned on becoming an actress, she wanted to be an engineer – a robotics engineer to be exact – and then life happened and she suddenly became one of the hottest rising stars in France. 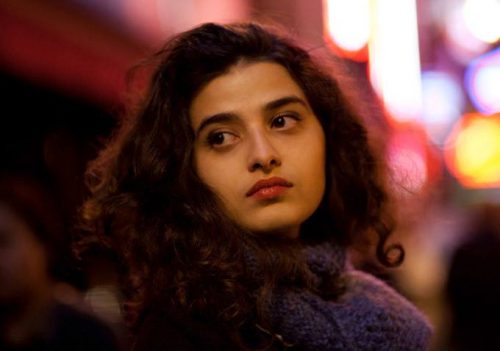 While studying engineering in France, Issa received an unusual message through social media, asking her if she’d be interested to come in for casting call with Lebanese director Danielle Arbid (“Hotel Beirut,” “A Lost Man”). Completely uninterested in becoming an actress and focused on her dream of becoming a robotics engineer, Issa ignored the message, not even taking it seriously.

“I didn’t reply, they sent me again, so I replied and said, ‘OK,'” Issa told me as we enjoyed coffee together at Cafe Younes in Beirut’s Hamra neighborhood. “I went and did the casting.”

Arbid had decided to cast the main role of her new film “Parisienne” (“Peur de Rien” for its French release) in a unique way. She simply turned to Facebook to find Lebanese girls living in France that appeared to fit the image she had in her mind of the film’s main character. Issa fit the profile she was looking for and now, the rest is history.

“I hadn’t done anything related to acting before, I didn’t even watch movies,” Issa told me, giggling. 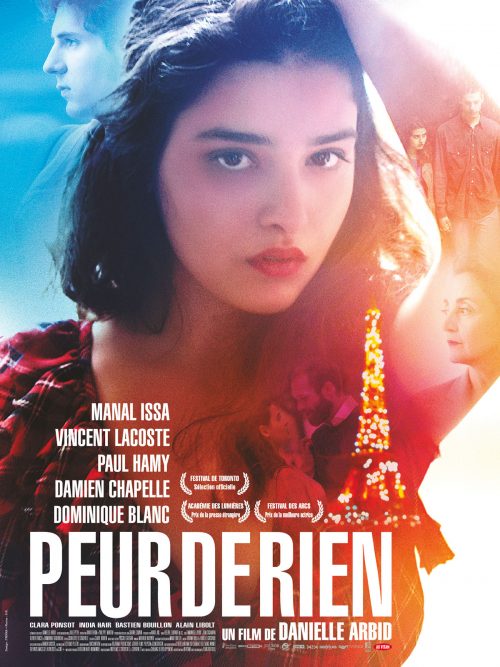 The poster for Issa’s debut film released in 2015.

Issa had simply been pursuing a future as a robotics engineer before stardom found her. In fact, she even has her own patent for an eco-friendly product that helps users regulate the water they use in the shower. Just before filming “Parisienne,” Issa completed her internship for her engineering degree and also went on to work for an engineering company during the post-production phase of the film.

And why robotics? She explained to me that her passion for robotics engineering comes from an absolute obsession with video games, telling me she currently spends some seven hours a day playing.

If there is a stereotype about actors and actresses, Issa definitely doesn’t fit the mold. It’s hard to reconcile that this friendly, unassuming and nonchalant woman was hailed as a rising star in France following the release of her film last year, which received wide acclaim during the film festival circuit.

“I met people from the Hollywood industry,” Issa said. “It was interesting because they also loved me. They were like ‘You can come anytime, you can try.’ They told me, ‘You should come and try.’ Americans loved the movie.”

While Issa isn’t ruling out Hollywood, she already receives numerous requests from French and Lebanese directors to audition for parts. Just since “Parisienne,” Issa had the opportunity to act in a couple other films but currently, one major thing is holding her up from taking on new roles; she’s pregnant!

Recently married to her Syrian husband, who works as a bartender in Beirut and who she connected with through their mutual passion for video games, Issa couldn’t be happier with the direction her life is going.

As a burgeoning actress, an engineer, an avid video gamer, a newlywed and an expecting mother is there anything that could possibly make her life more interesting and exciting? Well, she’s also an amateur musician and has been trying her hand at writing her own scripts, but she modestly implies that those two ambitions aren’t very serious, at least right now.

“I can’t be an engineer fully because I love acting. I can’t be an actor all my life because I don’t like spending time waiting for a role, I have to do stuff. It’s a complicated life but I’ll figure it out,” she said with a wide smile. “The solution of this is that I’m going to have a baby. I will know exactly what’s important. I feel so happy.”

And happy is exactly the word that I would use to describe Issa. She’s young, full of life and the world is opening up for her. However, the most interesting thing about her is her nonchalance about it all. Meeting her gives you the impression that she would be just as comfortable enjoying a simple life away from the limelight as she would be walking the red carpet at French or Hollywood premieres.

To her, all of it, all of her many talents and ambitions are just life, and she seems to be loving every single minute.