Beauty Is a Wound serves as a crash course in contemporary Indonesian history since most of us know little about the country beyond Bali. 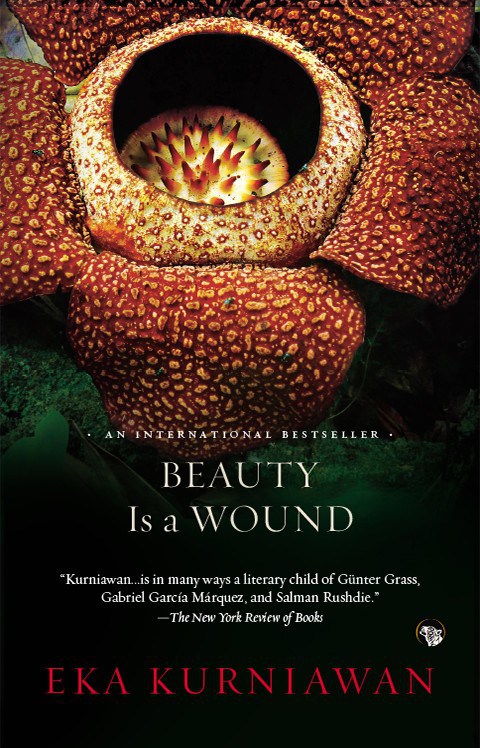 In Peter Weir’s film The Year of Living Dangerously, Australian journalist Guy Hamilton is on his first assignment abroad and posted to Jakarta, Indonesia. Hamilton, out on a stroll on the first evening, is accompanied by Kwan, a dwarfish half-Chinese stringer, and faces the teeming life in Asia for the first time. Cows, beggars, children, lady boys and cycle rickshaws crowd around Hamilton; Kwan, quoting the Bible asks, “What shall we do then?” He follows up by citing Tolstoy, who on discovering the poverty of Moscow exclaimed, “What then must we do?” Instead of answering, Hamilton turns the question back to his companion. Kwan, in effect answering his own queries, says that one should not think about major issues but do whatever you can about the misery in front of you, “add your light to the sum of light”.

The movie is set in 1965, when an abortive coup attempt, allegedly by the Communist Party of Indonesia (PKI), resulted in a military takeover by Suharto. Purges followed against anyone considered to be associated with communism. Between 500,000 and a million people were killed and the PKI as a political force was crushed. In 2012, The Act of Killing, an Oscar nominated documentary was released, in which the director interviewed the perpetrators of the massacre. The film makes for an exceptional insight into the men and the times of that massacre.

Indonesian author Eka Kurniawan takes the raw material of this brutal history and, like a puppet master, transforms it into a thousand delightful tales, “adding light to the sum of light,” in his first novel, Beauty Is a Wound. The novel is the exhilarating story of Dewi Ayu, a half-Dutch, half-Indonesian girl and her daughters, set in the fictional town of Halimunda. It opens with, “One afternoon on a weekend in March, Dewi Ayu rose from her grave after being dead for twenty-one years … She had passed away at fifty-two, rose again after being dead for twenty-one years, and from that point forward nobody knew exactly how to calculate her age.”

The novel begins with the Japanese occupation of the then Dutch colony of Indonesia and draws from the period of pre-independence as well as post-independence Indonesian history, including the communist purges. Kurniawan is a consummate storyteller. His wording is blunt to the point of offensive, but there is a sneaking charm that captures much of the truth. As when he writes that after the birth of her fourth daughter, “Dewi Ayu in a tone of complete annoyance” remarks, “Four daughters, all of them beautiful, I should open my own whorehouse.” 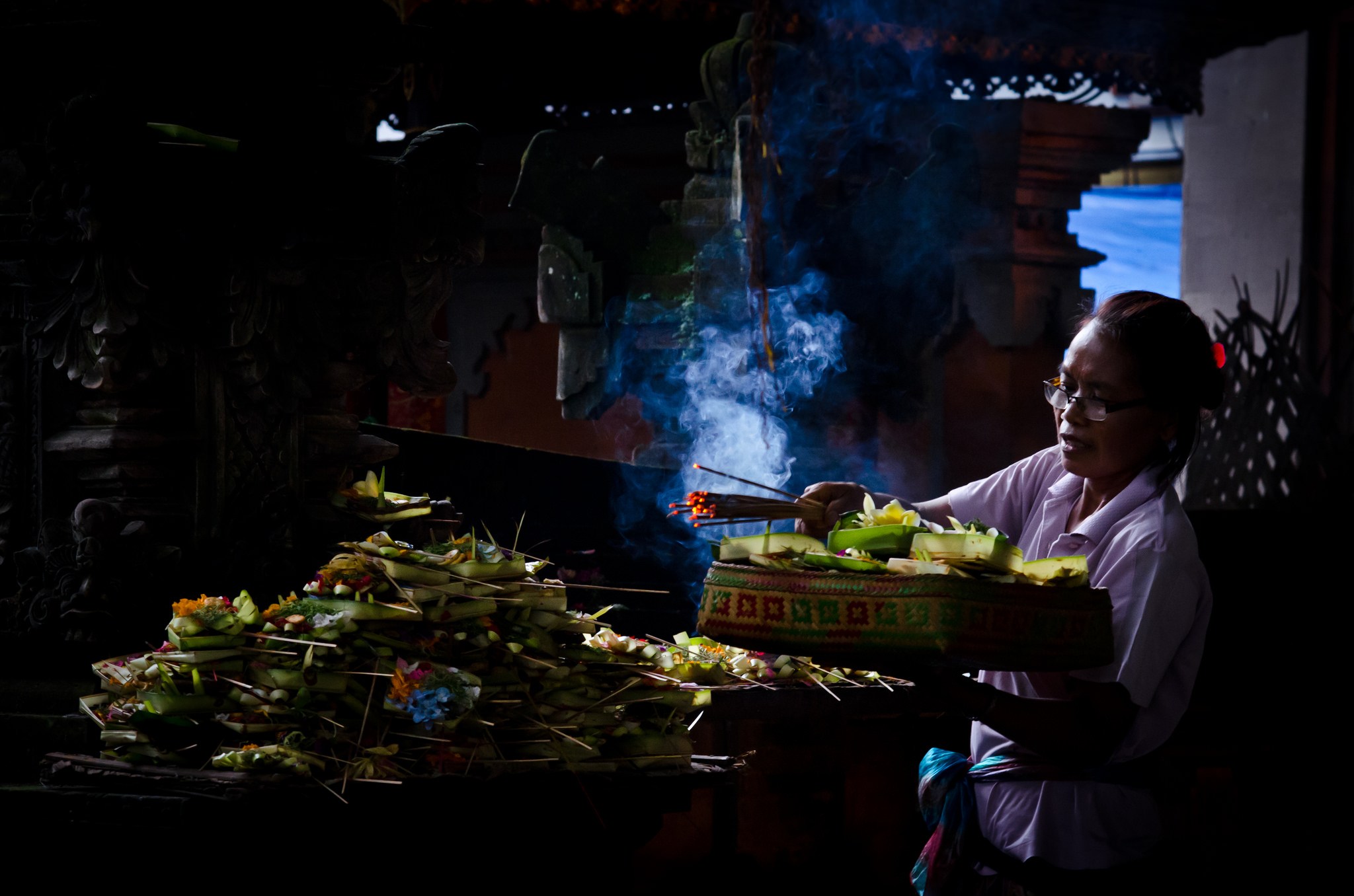 The narrative takes off from reality and into the supernatural, then comes back, chronologically undisciplined, and continues in its grotesque hyperbole to offer an irreverent and scathing critique of the past. The three sons-in-law of Dewi Ayu include the gangster Maman Gendeng, the military man Shodancho, and Comrade Kliwon. It is between them that the post-Sukarno events play out. While reading Beauty Is a Wound one can draw a clear linkage between the fiction of the novel and the real stories of the people documented in The Act of Killing. Anwar Congo, the gangster from the documentary, who describes and enacts his rationale and methods for killing communists, and the violence of the post-Sukarno era, is a perfect match for the fictional Gendeng. Both Gendeng and Congo are fascinating, the first for his supernatural invincibility and violence who then transforms into a gentle and caring husband, and the latter for his wistful regret of the violence of his youthful years. Congo, in the documentary is proud to be a gangster and articulates himself in faux sophisticated language and defines gangsters as an English word that means “free men, enjoy life in their style, relax and Rolex.” Similarly the fictional Gendeng or Crazy Maman, at five years old, is the strongest little kid on the face of the earth, who comes to Halimunda searching for a Princess Rengganis, who died a few centuries ago. The author narrates, “Then one day…got the idea in his head that he had to have the princess all to himself – he even wanted to marry her. No one dared cross him, because it was said he was invincible…And so the happiness of the men in Halimunda came to an end, and wide smiles spread across the faces of their wives and sweethearts.” He is the strongest man in Halimunda and slowly his power equals that of the military man Shodancho. Switch the fictional Halimandu with the real Jakarta and there is little difference.

Beauty Is a Wound serves as a crash course in contemporary Indonesian history since most of us know little about the country beyond Bali. And it is an oral history lesson well told; with all the folk ribaldry and dry humour that one associates with the rootedness of the vernacular. Indonesia offers a number of things familiar to Indians. Garuda, which we know as Vishnu’s ride, is the national symbol and the name of the official Indonesian airlines. There are, of course, the Ramayana and the Mahabharata and the different narrative forms they have taken in Indonesia. Kurniawan constructs a vivid and a rich canvas for a wayang, a traditional theatrical performance. His novel draws from the maxims of illusion, of continuous balance between light and darkness, of characters that are human, fickle and selfish. In Weir’s film, Kwan quotes from the Bhagwad Gita, of Krishna telling Arjuna, “All is clouded by desire, Arjuna, as a fire by smoke, as a mirror by dust. Through these, it blinds the soul.”

The plot lines of the novel play out from the perspective of the characters’ human desires and frailties, serving as set pieces in Indonesian history. Annie Tucker, who translated the book into English, suggests in an interview that Kurniawan’s writing draws from a distinctive West Javanese voice, evoking multiple local influences among them – theatre, folk tales and interestingly, the Indonesian horror and martial arts genre of fiction.

Kurniawan has been hailed as a worthy successor to Pramoedya Ananta Toer, Indonesia’s national poet, whose The Buru Quartet was described as Tolstoyian and Nobel worthy. In turn Kurniawan’s first novel is a lucid page turner. A very readable work of towering depth that has as its pulsating core, a national narrative of Indonesia. His canvas is such that, despite the absurdity of calling someone a representative writer of their culture or country, he will be categorised as just that, such is his success with this book. The novel will be a strong contender for being the fictional must-read for those interested in Indonesia. In that respect Beauty Is a Wound is the new Midnight’s Children and Kurniawan is the new Salman Rushdie.

Nor has Kurniawan stopped there. Man Tiger, his second novel, explores new ground, while still retaining his personal mix of reality, absurdity and fascination with the weird. The novel is set in a village where a man is possessed by the spirit of a tiger, though deeply evocative of the village where it is set, takes off with its supernatural elements which have been categorised as magical realism, reflecting the influence of both Gabriel Garcia Marquez and Salman Rushdie. This use of magic realism is not accidental. The book begins with the words: “On the evening Margio killed Anwar Sadat, Kyai Jahro was blissfully busy with this fishpond,” reflecting the opening of Marquez’s A Chronicle of a Death Foretold, which starts with, “On the day they were going to kill him, Santiago Nasar got up at five-thirty in the morning to wait for the boat the bishop was coming on.” The acknowledgment to Marquez is frank and it goes beyond the opening lines. Man Tiger is as lean as Chronicle and also reads like reportage meeting fiction. But were we to think about Colombia, Indonesia and our own world in South Asia, they are all perhaps similar in the squalor and the violence that characterises human and national existence, and with these stories, they are slowly being illuminated, as these writers “add light to the sum of light”.