After decades of war, military occupation and terrorism, Afghanistan have a relatively stable government. However, despite the political developments, culturally, the country still has much to overcome.

The Taliban’s ban on cultural activities such as music, television, cinema or art, has left a mark on the country and its citizens, and thrown Afghanistan into a cultural recession. 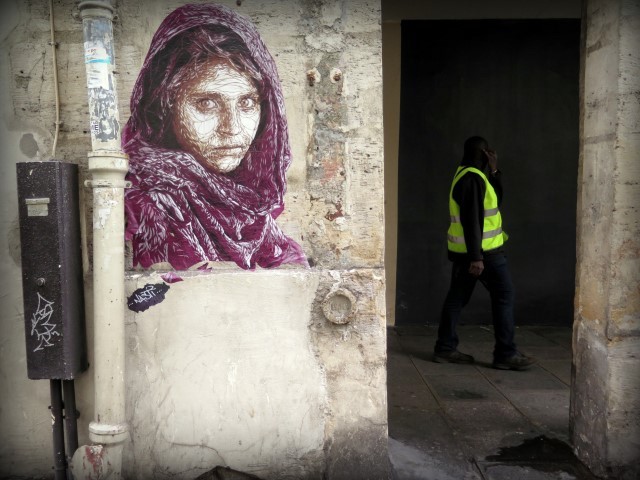 Yet, the art scene, in particular, has seen greater promise over the past decade. Afghanistan’s art community has gradually rekindled, and today many young Afghan artists have emerged to reflect on their memories and experiences of war via art.

Afghanistan has always had a broad spectrum of a traditional culture comprising unique crafts, music, textiles, or performance arts. However, under the Taliban’s rule of terror, from 1996 to 2001, traditional Afghan cultural activities such as kite-flying, dog fighting, or “Buzkashi” – a game played on horseback with an animal carcass – were banned because of their alleged “un-Islamic” characteristics.

Accordingly, the Afghan people had to recourse to Western sports such as cricket, volleyball, or boxing – that were not outlawed by the Taliban – and which quickly became some of the few leisure activity options.

But over the last 10 years, the country’s cultural activities regained momentum and Afghanistan’s art community especially has enjoyed a gradual revival.

In 2013, the Kabul Art Project (KAP), an association for contemporary art in the Afghan capital, began its mission with 11 young artists. It has grown into a 24-artist project since then, allowing insights into the new Afghan generations through contemporary art.

Under the KAP, Hamed, Shamsia, and many other artists have processed their memories, experiences, and their country’s wartime struggles in the form of art. Their goal: To shed light on the dark sides of Afghan war history, but also to address current taboo topics such as women’s rights, gender equality, or freedom of speech – which remain limited in Afghanistan.

Shamsia Hassani does precisely that. She is a well-known artist and lecturer at the University of Kabul, and she is the first female graffiti artist of the country. Her artworks portray ambitious, proud, and strong Afghan women who live in a dominant male society. With her art, she shades positive light on to people’s lives and inspires thousands of women across the world.

Shamsia has been boosting women’s rights and female participation in the economy, and she has inspired thousands of women globally. So far, she brought her creativity to graffiti festivals, art classes, and international art exhibitions in nine countries and three continents. For instance, in 2014, she invited women to spray paint images at the launch of the US Agency for International Development’s (USAID) ‘Promote’ program which supports women to gain business and management skills.

However, the Afghan art scene still faces obstacles. There are not many spaces dedicated for contemporary art galleries in the country and the capacity for local people to show their work is limited.

Christina Hallmann, an illustrator and graphic designer who founded the Kabul Art Project, said: “Public exhibitions of critical artworks are mostly restricted to foreign institutions such as the Institut Francais or the Goethe Institut.”

That is one reason why an artist like Shamisa, who does graffiti works, has used walls, rubble, or collapsed houses which were destroyed during the war to display her art publicly.

Also, institutions showing forms of art or other cultural activities in Afghanistan have been the target of terror-related attacks. For instance, the Institut Francais d’Afghanistan in Kabul was targeted by a suicide attack on December 11, 2014, during a theatrical performance.

While the Institut Français has slowly recovered and resumed activities since then, the attack conveyed the message that some people in Afghanistan are not happy with their presence and their progressive stance towards Afghan cultures. Though, there is hope outside of Afghanistan.