By Wazhma Frogh for Sister-hood 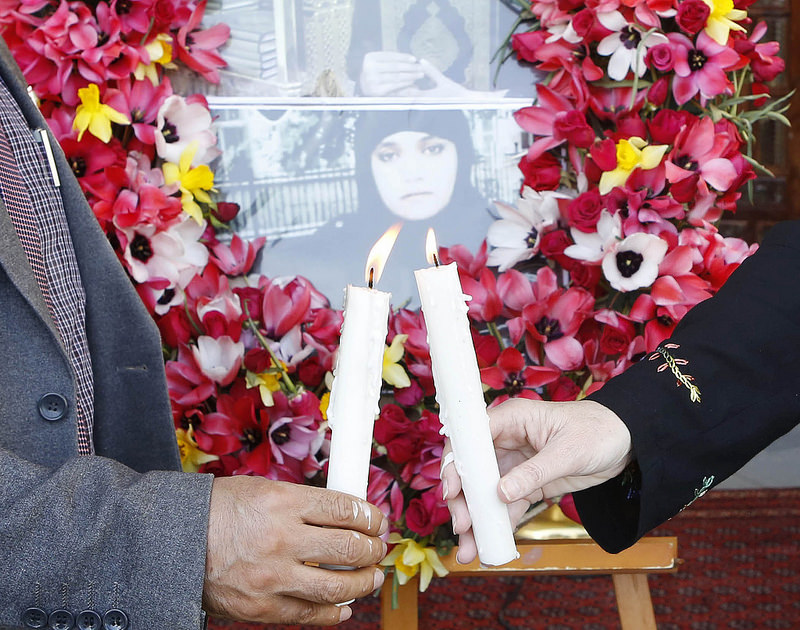 Last week we were shocked by the reports of an angry mob that attacked the police station in Nuristan and shot a couple that had eloped to marry without the consent of their families and communities. The family and community that killed the couple claimed they were restoring their ‘honour’ by shooting them with rifles and scores of bullets. I was once again reminded of Farkhunda, who was lynched and murdered on the streets of Kabul.

In Afghanistan, when a man takes the life of a woman and claims that he did so because she was guilty of immorality, adultery or ‘dishonoring religion and culture’, he is rarely punished for his act. In return, that man is in fact praised for having acted to ‘protect’ the religion, culture and the family’s ‘honour’. The same men, with the same mentality, brutally attacked, tortured, killed, threw her body into the river and burned it. This was meant to set an example for the rest of the women. The men, whose numbers reached several thousand, were busy ‘protecting’ their religion. They lynched Farkhunda on the busy streets of down town Kabul and no one attempted (or maybe dared) save her from the angry mob of men. She was accused of having burned a copy of, or pages of the Islamic holy book, the Quran. However, investigations by the commission ordered by the president after the attack, as well as police investigations clearly proved that she was entirely innocent. By then, Farkhunda had already been lynched. Her soul is still waiting for justice.

The videos that were released following the murder & lynching of Farkhunda indicated many appalling present day realities in Afghan society. It became clear that a woman is considered a dangerous threat to culture and religion in the mind of male-dominated Afghan society, that she should be punished, and that her punishment should set an example to other women. Many activists believe that if Farkhunda had been a man, she would not have faced the same fate. A review of adultery cases indicates that most stoning victims are women, while the men accused of adultery are not punished at all.

This mentality that holds women to be a bigger threat to religion and culture, and should therefore be punished, is now an entrenched reality in Afghan society. It is considered a fact that any woman who is a determined human being, who has a voice, and who even works outside the home is an ‘unacceptable, immoral, foreign spy’ and therefore she should be killed before she indoctrinates other women. Moreover, it’s the duty of the her male relatives to erase shame and restore their ‘honour’ by exterminating the woman. When the news emerged that Farkhunda was lynched by a mob because she had supposedly burned the holy Quran, the Chief of Police instructed the family to announce to the media that she had been mentally ill for the past 16 years to save themselves from being challenged for not ‘controlling’ their daughter.

We often complain that the public and the law enforcement agencies don’t implement the law of the land. Maybe this is because the public do not feel a connection with the state law . People, particularly in rural areas prefer customary laws and tribal dispute resolution mechanisms through jirgas for quick and pertinent solutions to their problems. This has strengthened tribal patriarchy, exacerbating the already rigid social norms around women and girls. Thus, when Farkhunda was publicly accused of blasphemy, none of the mob ever thought that she could have been handed over to the police and prosecuted under Afghan state law. Instead the mob became the police, prosecutor, judge – and executioner. Even so, the police standing and watching the brutality unfolding in front of their eyes couldn’t even think that Farkhunda could be prosecuted by the state and not be lynched by the mob. Because men – especially powerful men – may well believe that mob violence can be justified. After the incident, many religious leaders praised the mob for its defence of religion. One Imam warned the government that if it intervened against this act, then it would face a social backlash that would threaten state control.

The notion of ‘control’ is central to the debate of women’s rights in any Muslim society, and Afghanistan is not only a Muslim society, but one in which patriarchy and tribal feudalism have embedded themselves into an apparently democratic system. Therefore, the state lacks the power to intervene in family relationships. Men hold a monopoly on power and rule within families, tribes and ultimately, in public spaces. While men are expected to rule in the society’s public space, women are required to restrict themselves to the private spheres of home and family life. If women dare to trangress the boundaries of private life and step into the public, or men’s spaces, then they must preserve against public rules and norms created and maintained by men. If a woman crosses those boundaries, she faces consequences like Farkhunda and thousands of others like her. Men in public spaces feel authorised to punish women who they think threaten their cultural totalitarianism. Their interpretation of religion justifies their use of physical power. In their minds, they are protecting their religion and culture at any cost. In reality they are strengthening their grip on public and private spaces against potential challenges by women.

Farkhunda was publicly punished for her alleged blasphemy because people believe that women are the ‘property’ of families and communities, and therefore that matters related to women should not go to the police or the court. Afghanistan has seen this treatment of women in many other similar cases of so called ‘honour killing’ in many parts of the country. Jirgas, or the local tribal leaders become judges and decide whether the woman who is accused should be killed, or be given in exchange to be married or any other treatment that the Jirga decides. People don’t take their family matters to the court and women and family are considered interchangeable terms.

Sadly, the truth is that the national and international outcry that followed the barbaric killing and burning of Farkhunda didn’t change anything in Afghan society. Women continue to be slain in the name of culture and religion and family honour. In just one week last month, there were around nine reported murders of women under different labels and guises. A far greater deal of legal protection for women by state institutions is required to deal with the continued grassroots violence and the shrinking of public and private space for women. Women’s vulnerability in public and social life has created the need for a country-wide legal literacy programme for women, leadership training and legal and social empowerment programs for women and young girls.

Farkhunda’s broken soul is asking for justice. She’s still waiting two years after she was murdered on the streets of Kabul by men and boys with iphones and jeans. 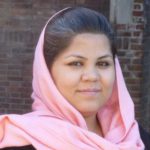 Wazhma Frogh is an Afghan woman activist who started her activism for refugees women & children from Peshawar camps when she was 16 years of age. A graduate of Law & Human Rights from The University of Warwick, Wazhma has been a key campaigner & voice in Afghanistan for change & reforms. Formerly working in Afghanistan's Ministry of Defense, she now run a Women & Peace Studies Organization for women's inclusion in peace & security agendas.