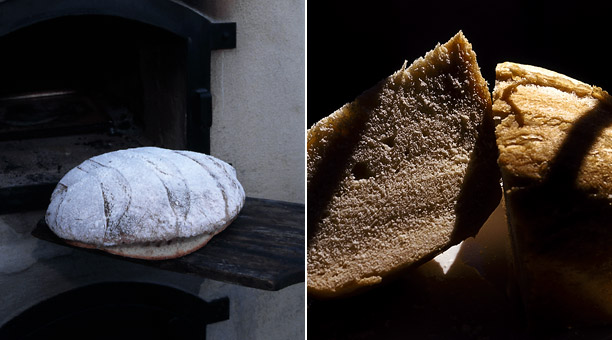 The award-winning chef has a unique global perspective on both culture and cooking. Born in Ethiopia and adopted by a Swedish family at the age of three, he made his name at the New York City haute Swedish restaurant Aquavit, garnering three stars from The New York Times at the tender age of 25. As his career progressed, however, Samuelsson began to travel extensively throughout Africa, discovering the continent's flavors and incorporating ingredients from the land of his birth into his cooking.

Samuelsson's 2006 cookbook, The Soul of a New Cuisine, chronicles his discoveries in the form of African and African-inspired dishes. New American Table, published in 2009, focuses on immigrant cooking in the United States. With the Muslim holy month approaching, Samuelsson shared Ramadan recipes from both books and spoke with Epicurious about how the holiday is observed throughout Africa.

"When I was researching The Soul of a New Cuisine, I was in Senegal during Ramadan," he explained. "There's a wonderful communal quality to how the holiday is observed. People will wake up very early—around 4:30 a.m.—and have a heavy breakfast before sunrise. Then, after sundown, everyone sits down together to a big dinner.

"Across Africa, one of the things you notice is that there isn't the distinction between breakfast and dinner foods that we have in Europe and America. Often, breakfast will simply be leftovers from the night before—for instance, a stew made from the previous meal's meat, served over a starch and mopped up with pieces of bread. This is particularly true during Ramadan, when both meals need to be hearty enough to get you through the day. There will also be a lot of liquids to keep people hydrated during the long fast—juices, teas, and fruits such as mango and pineapple."