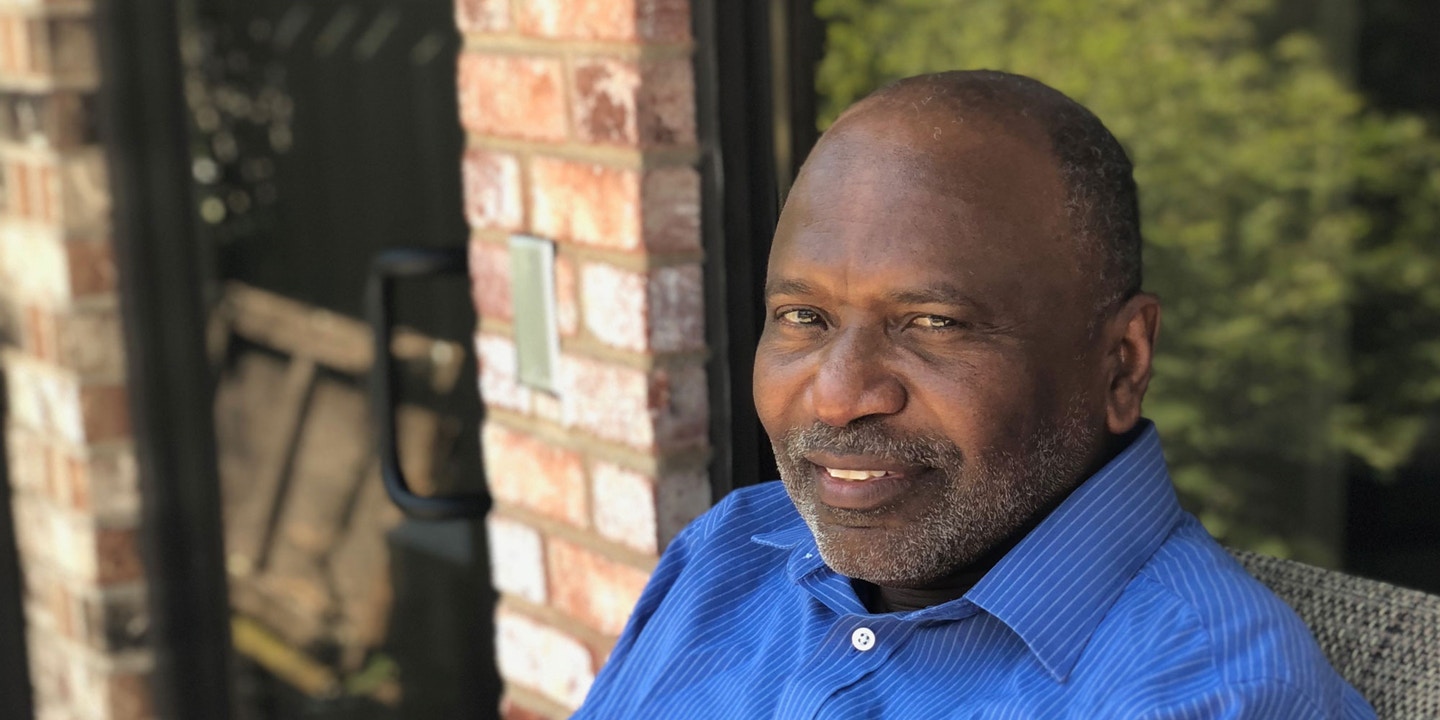 THE VOICE OF the man on Abdel Azim El-Siddig’s answering machine was calm and measured. The message he left, though, was chilling. “We are going to kill you, and we are going to cut your neck,” the voice said. “We have people in Chicago and we have people everywhere – in your place.” The voice said it spoke on behalf of the “dawla” — the Arabic word for “state,” commonly claimed as a shorthand moniker by the terrorist group, the Islamic State of Iraq and al-Sham, better known in the West as ISIS.

As he listened to the message, El-Siddig’s body froze. His mind began racing, trying to identify the strange voice. The man on the voicemail went on, “Everyone in the FBI, in the CIA, in the MI5 … spy organizations that fight Islam, we are going to find them and we will kill them.” Before he hung up, the man said, “If you won’t do tawba” — make repentance — “your fate is death.”

“They didn’t offer any help or support. They just told me to move.”

That threat had come to El-Siddig’s cellphone on December 26, 2015. It heralded an ordeal of fear and displacement that has continued to this day. El-Siddig began by contacting his local FBI office. But where he had expected help from an agency that was notionally committed to fighting terrorism, he got none. The FBI merely recommended that he move out of his home, where he had lived for the past 22 years, and keep a low profile. “They told me, ‘You should be discreet,’” El-Siddig recalls. “They didn’t offer any help or support. They just told me to move and that I should check in with them once in a while to let them know what I’m doing.” Since then, El-Siddig, 61, and his wife have existed in a state of limbo, moving between the homes of their children living across the United States.

The FBI’s dismissive response was not El-Siddig’s first run-in with the bureau. It was only the latest episode in a decadeslong experience of harassment and contemptuous treatment from the U.S. government that upended El-Siddig’s life. Once a prominent member of the Muslim-American community involved in education, interfaith work, and charity organizing, in the years following the attacks of September 11, El-Siddig found himself targeted by law enforcement as a would-be criminal. The legal ordeal destroyed his life’s work and has continued to haunt him and his family to this day.

In many ways, El-Siddig’s life story has been a microcosm of the post-9/11 experience of first-generation American Muslims involved in community organizing. Part of an educated and politically confident class of Muslim immigrants who arrived in the United States during the 1980s, El-Siddig is among a generation of American Muslim leaders who came into the crosshairs of the Bush administration’s domestic war on terror following the attacks. Their communal lives have been suppressed under the cloud of relentless surveillance and even harassment. 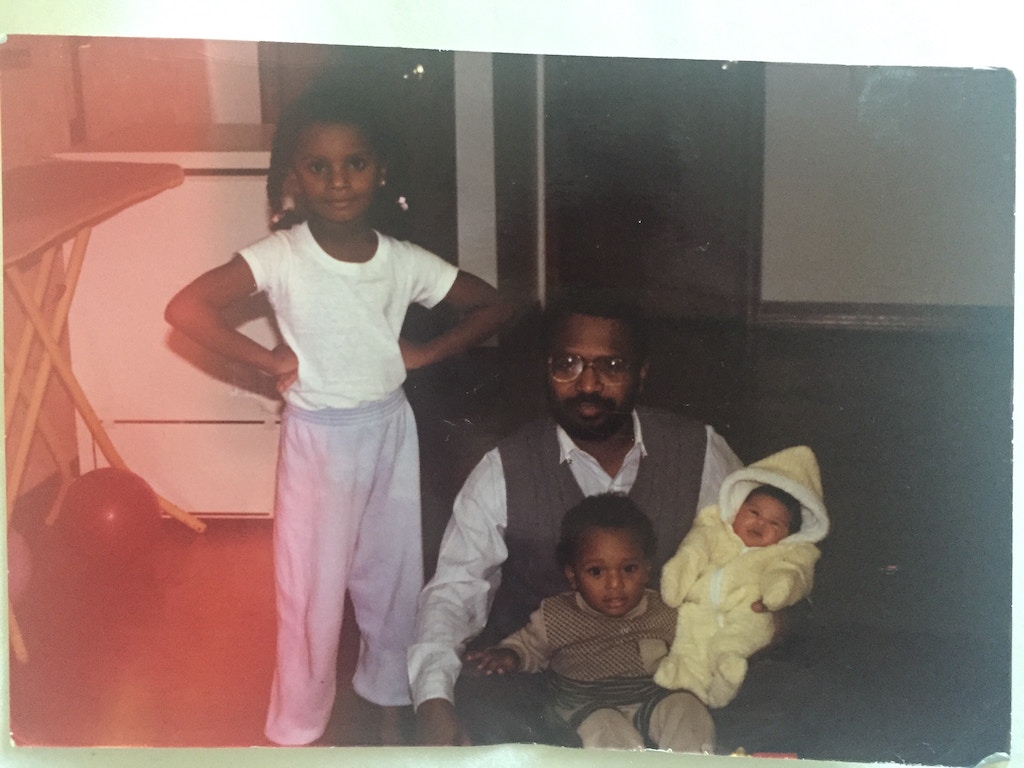 A NATURALIZED IMMIGRANT from Sudan, Abdel Azim El-Siddig moved to the United States in the 1980s as a college student. After graduating and completing a post-doctoral degree, he rose to become a leader in the local Muslim community, first in Philadelphia and then in Chicago. He helped run charities, gave lectures, and conducted interfaith work with local Christian and Jewish leaders. A short, amiable man with a ruddy complexion and close-cropped beard, El-Siddig’s warm demeanor endeared him to many in the immigrant Muslim community, who saw him as a source of potential guidance, particularly for young people.

“My mother knew of him because he had a reputation as someone in the community who had helped advise many families who were having issues with raising their teen kids. I attended some of his lectures, and the first time we spoke personally, I really liked his mentality and how supportive he was of women’s rights. He didn’t have a patriarchal mentality,” said Safa Salameh, who first met El-Siddig following a lecture he gave at an American Muslim convention over a decade ago. “Over the years, whenever I’ve needed advice with my education or my family, he’s always been available. He’s definitely been the go-to person for a lot of people in our community.”

His growing reputation in the Muslim community put him on the radar of law enforcement, which, even before 9/11, had a longstanding interest in monitoring Muslim Americans. El-Siddig’s first encounter with the FBI came in the mid-1990s, when he was working as an imam at a Philadelphia mosque. He had little reason to suspect that the agents who said they simply wanted to chat were conducting surveillance or gathering intelligence on him and his congregation.

“The moment that you are within the system, that’s it.”

“They came in several times to ask questions and acted very casually. They told me that I’m a leader in my community and they wanted my advice,” he recalled. “If I had known at that time that they document every single meeting and every single word that is said as part of their ‘intelligence-gathering,’ I never would’ve met with them. The moment that you are within the system, that’s it.”

In the years following the September 11 attacks, El-Siddig’s work came under heavier scrutiny. Of particular interest to the authorities was a charity doing humanitarian work in Africa, where El-Siddig worked. In 2004, the charity, the Islamic American Relief Agency, was raided and shut down as part of a yearslong crackdown by the Bush administrationon Muslim-American philanthropic organizations. Bush administration officials had accused many of the groups of maintaining ties to Palestinian militant groups or global terrorist organizations.

For El-Siddig, the raid on the Islamic American Relief Agency triggered years of FBI visits, harassment at airports, and surveillance. The federal investigation culminated in a litany of criminal charges against El-Siddig and several others in 2007, related to their work with the charity. Among the allegations, the government alleged that the now-defunct charity had ties to terrorist groups and had sent money to Iraq during the 1990s in violation of sanctions.

A soft-spoken academic who ran several small businesses and had built a successful family life in the United States, El-Siddig was stunned to find himself handcuffed and behind prison bars. Given the political environment in the country during that period, however, when the heads of many Muslim-American charities were under a cloud of suspicion, he was not altogether unprepared. “There were many people from the Muslim community indicted before me, so in a way, I was mentally prepared for what the government was going to do to us and our organization,” he said. “The shock or disappointment I felt were nothing compared to what most Muslim leaders in America were going through at that time.”

In 2010, after years of living under house arrest and wearing an ankle bracelet, El-Siddig took a plea deal to the charge of conspiring to lobby without registering — related to an effort to have the Islamic American Relief Agency removed from a Senate Finance Committee terrorism listing – in the hopes of finally being allowed to return to a normal life. In 2012, he was sentenced to two years of probation.

Thinking that his travails with American law enforcement had finally come to an end, El-Siddig returned to civil society work and took up teaching, helping to run a Chicago-area community education and interfaith dialogue group called “Bridges.” He was encouraged that the prodding from the FBI had stopped. After the 2016 phone call from the purported ISIS member, which specifically threatened him for his involvement with that interfaith program, the FBI once more took an interest in El-Siddig and his family.

Amel, El-Siddig’s daughter, said that in the months after the threatening phone call, FBI agents began making aggressive and harassing home visits to her brother, a medical student in Chicago, as well as family friends. During these visits, agents would ask about El-Siddig’s whereabouts, though they had his contact information, as well as that of his lawyers. During one particularly aggressive visit to El-Siddig’s son, agents allegedly shouted obscenities at him, screaming, “Where the fuck is your dad?” after rousing him from his apartment.

“Since he is not on their own payroll, the government sees him as independent and thus, somehow a threat.”

Michael Deutsch, a Chicago civil rights attorney retained by El-Siddig in the years after his arrest, said that the government’s decadeslong campaign of apparent harassment can only be explained in the context of El-Siddig’s organizing work on behalf of Muslim and African communities in the United States. The FBI’s failure to properly investigate the recent threat against him, as well as their subsequent decision to resume targeting his family, were an affront. Not only had the government scrutiny taken a toll on El-Siddig’s life, but it failed to turn up any evidence that he is a national security threat.

“The way that the FBI operates is that they keep lists of people who they regularly look at and visit and try to get information out of,” Deutsch said of his client. “As a result, they’ve continued to spend all this time and all these resources over decades looking at him, even though they have nothing significant to show for it.”

Deutsch added, “There is nothing radical or anti-American about him or in any statements that he’s ever made. But he’s a Muslim in America who is active in organizing other Muslims, as well as a person of African descent who is active in organizing and doing charity in Africa — all of which is viewed as suspicious. Since he is not on their own payroll, the government sees him as independent and thus, somehow a threat.”

IN THE YEARS after 9/11, major Muslim charities and civil society organizations came under concerted assault by the U.S. government. Many of these organizations and their leaders were tarnished by unfounded accusations of terrorism that were then used as pretexts for surveillance, seizure of assets, arrests, and the shuttering of many institutions.

A 2014 American Civil Liberties Union report noted, “Despite the often weak nature of the evidence, when it designated Muslim charities, indicted them criminally, or raided them, the Bush administration publicly trumpeted its actions as successes and made inflammatory and unfounded or exaggerated allegations about the charitable sector’s connections to terrorism financing.” The report added that these policies were ongoing. “The effect of these government actions,” the ACLU said, “is to create a general climate in which law-abiding American Muslims fear making charitable donations in accordance with their religious beliefs.”