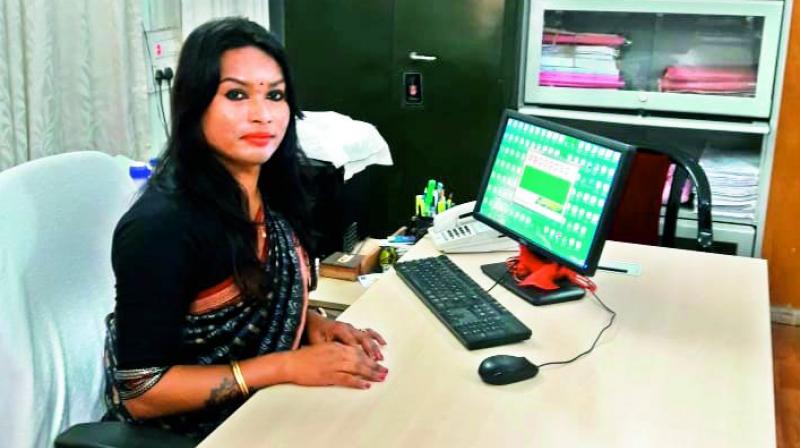 Aishwarya Rituparna Pradhan, 34, presently deputy commissioner(in-charge) of GST in Paradip circle of Odisha commercial tax department, said she will soon marry her boyfriend with whom she has been in live-in relationship for last 2 years.

“Though my boyfriend wanted me to get married to him for over a year, I put off the decision only due to Section 377. Now that the Supreme Court has decriminalised it, I have decided to marry him. The marriage would happen next year,” said Pradhan, who in 2015 made her identity as a transgender public, a year after the SC recognised the fundamental and civil rights of transgender persons.

Born as Ratikanta Pradhan in Kanabagiri village of Kandhamal district, Aishwarya entered into Odisha Financial Services in 2010 with her gender identified as Male. But she was uncomfortable with the identity and always wanted to declare her transgender identity till the SC judgement came in 2014. She underwent sex reassignment surgery in 2015 following which she officially declared her new identity and assumed the new name Aishwarya Rutuparna Pradhan.

Pradhan said when her boyfriend, an entrepreneur, first proposed him 3 years ago, she had laughed him off thinking to be a case of infatuation. “I have never encountered such things in my life as all that I have faced is humiliation. I told him that he was very younger to me. I had forgotten all about it till we met in Bhubaneswar some months later. Then he asked me my phone number and I readily gave. I also had feelings about him. We have been in a live-in relationship for 2 years,” said Pradhan, who plans to get married in court under Special Marriages Act.