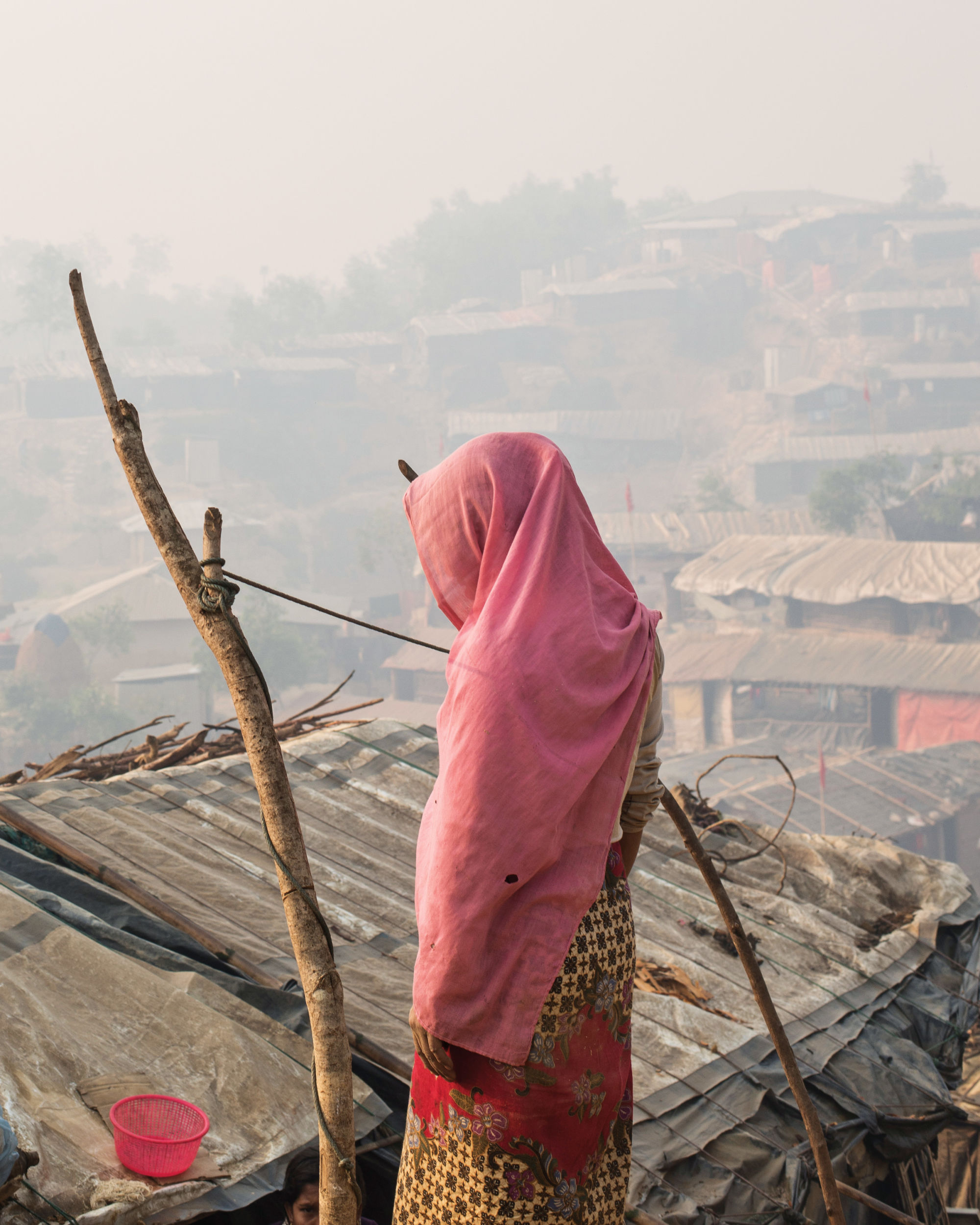 For decades, the Rohingya people, a predominantly Muslim ethnic group in Myanmar, have been stateless. Denied citizenship in their homeland, where they’ve been persecuted by the military, hundreds of thousands — the majority of the population — now live in refugee camps in Bangladesh. The women in these camps are expected to marry. For those who marry Bangladeshi men, the unions offer the hope of security — food, income, citizenship for their children. Some find love. But more often, marriage turns out to be complicated, even dangerous. 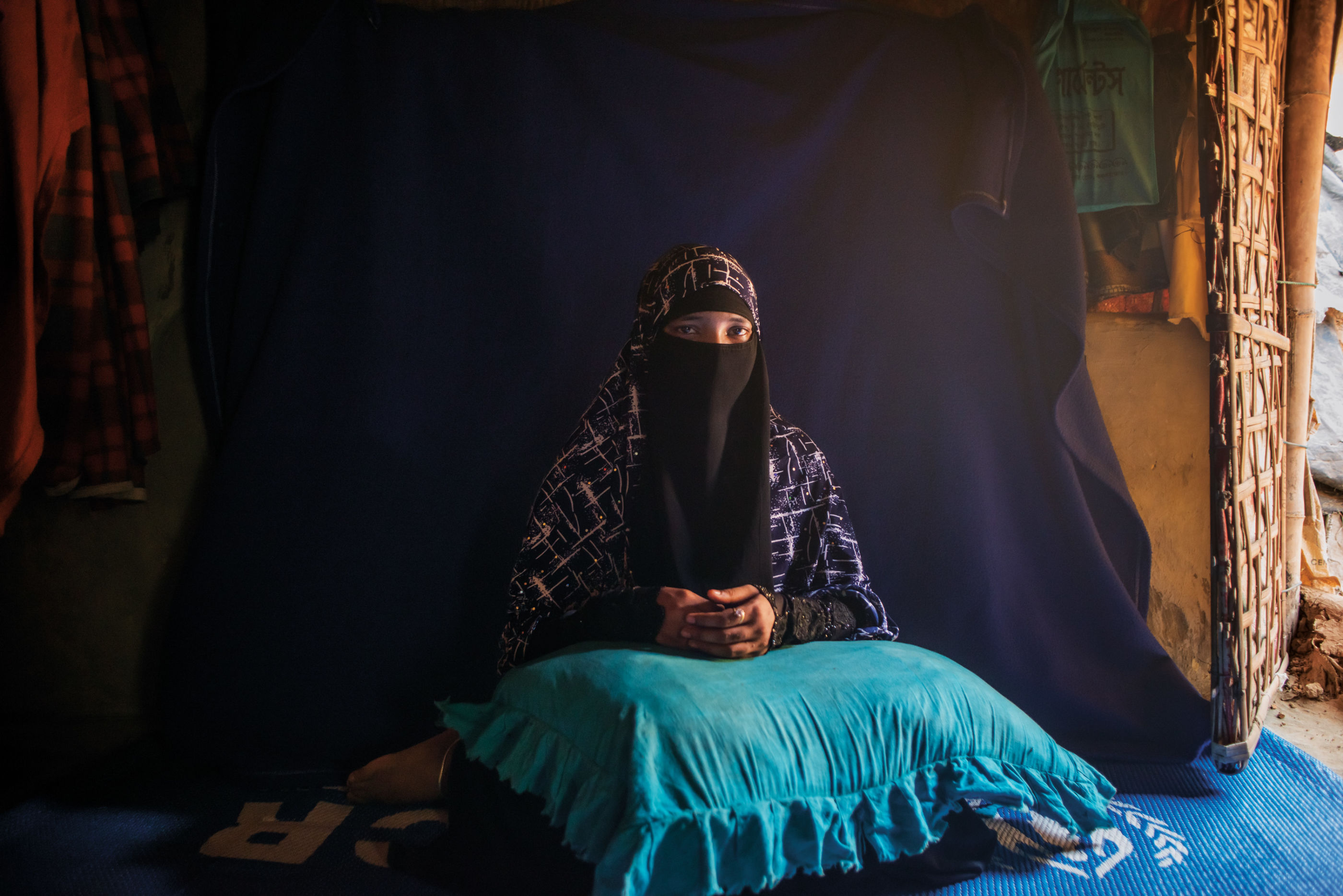 My brother-in-law and my now-husband prayed at the same madrassa. My brother-in-law must have mentioned me because one day, my husband called and asked, “How are you?” And then later, “Do you like me?” I said yes. We talked on the phone every day. After two months, we decided to meet at a restaurant. I took a rickshaw. Our meeting was just for seven minutes because I was going to another village and didn’t want to run into traffic. I left thinking that I’d ask my sister-in-law to convince my parents to let him marry me. If I married him, I could have a better chance for education and health care — everything.

We thought we would live together, but my in-laws did not accept my family. So my husband visits twice a week. He works as a shopkeeper and brings everything: rice, fish, meat, and vegetables. Everything is perfect. My only hope is that someday my in-laws will accept me. It depends on Allah. 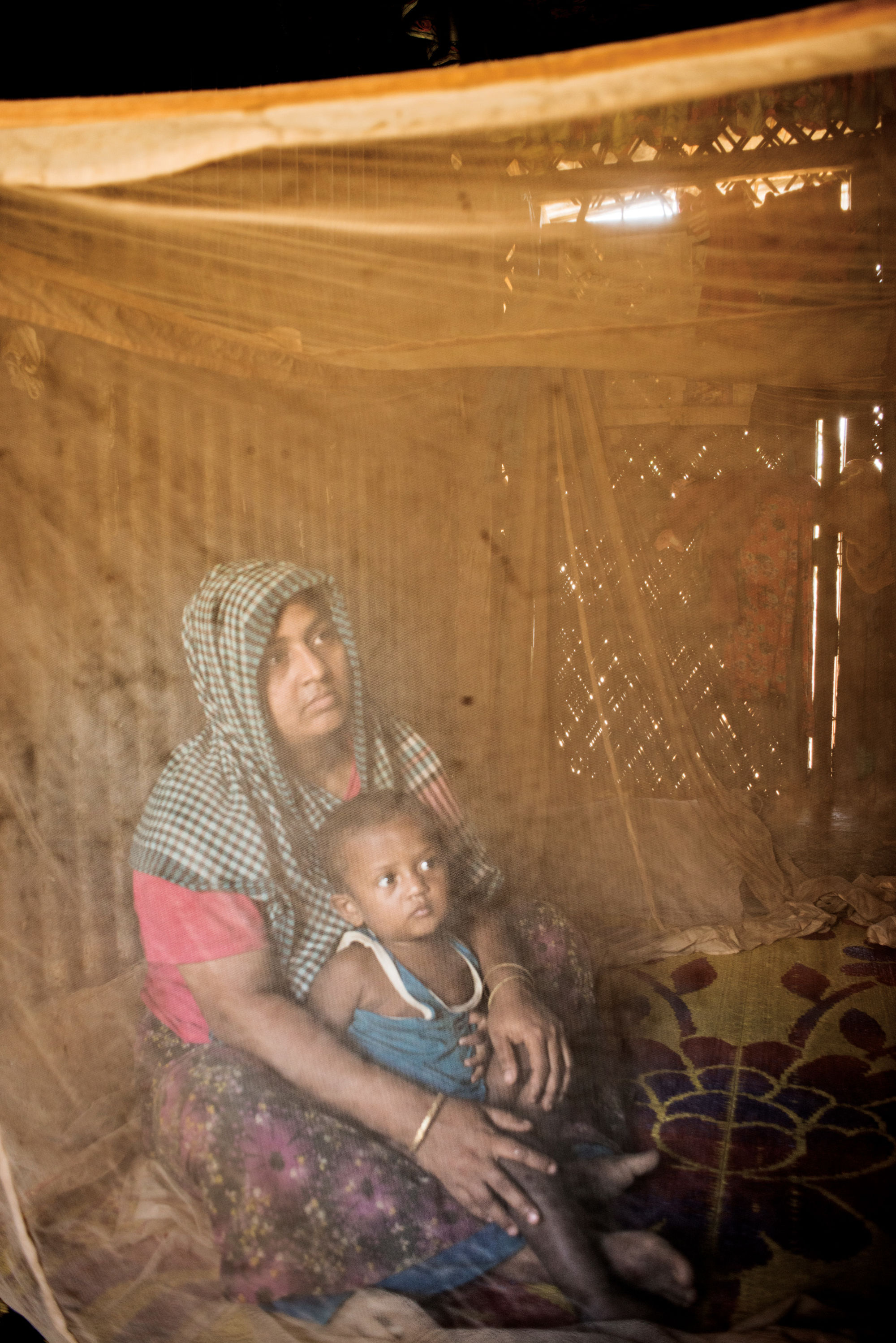 When I first saw my husband, he was wearing new clothes and seemed smart. He became friends with a man named Amin, who lived near me. He sent Amin to my house as a middleman to convince my mother to let me marry him. For nine months, he protected us from harassment and brought vegetables, meals, and household items. Finally, my mother agreed.

After we married, I would ask him, “Will you abandon me?” I knew he had another wife. He would say, “I married you not to abandon you. I married you to live with you forever.” For 12 years, he sometimes stayed here, and he sometimes stayed with his first wife. When he was living with me, I was happy. But after I had three children, he told me to go with him to live with his first wife, which was also closer to his family. I had visited my in-laws before, and they hated me because I’m Rohingya. I knew the move wouldn’t be good, so when I told him I could not go live with his first wife, he divorced me. I felt like I had lost my eyesight. I was not able to see the way. I had three children — what would I do with them?

I had a Rohingya friend who lived across the border. One time when I called him, his sister picked up. After talking to each other a few times, we fell in love. She had a nice way of talking.

At around 4 in the afternoon on August 25, 2017, I got a call. It was from A., my friend’s sister. She said she was escaping to Bangladesh. She arrived here around 8 p.m. My sister and I went to meet her. She was with about 50 other people. She looked pale. I brought her home, and after four months, we got married. It didn’t happen earlier because she was traumatized. I wanted to be considerate. When she was ready, she told me.

There was no wedding ceremony. Our marriage was not registered. My hope is to eventually get her citizenship. 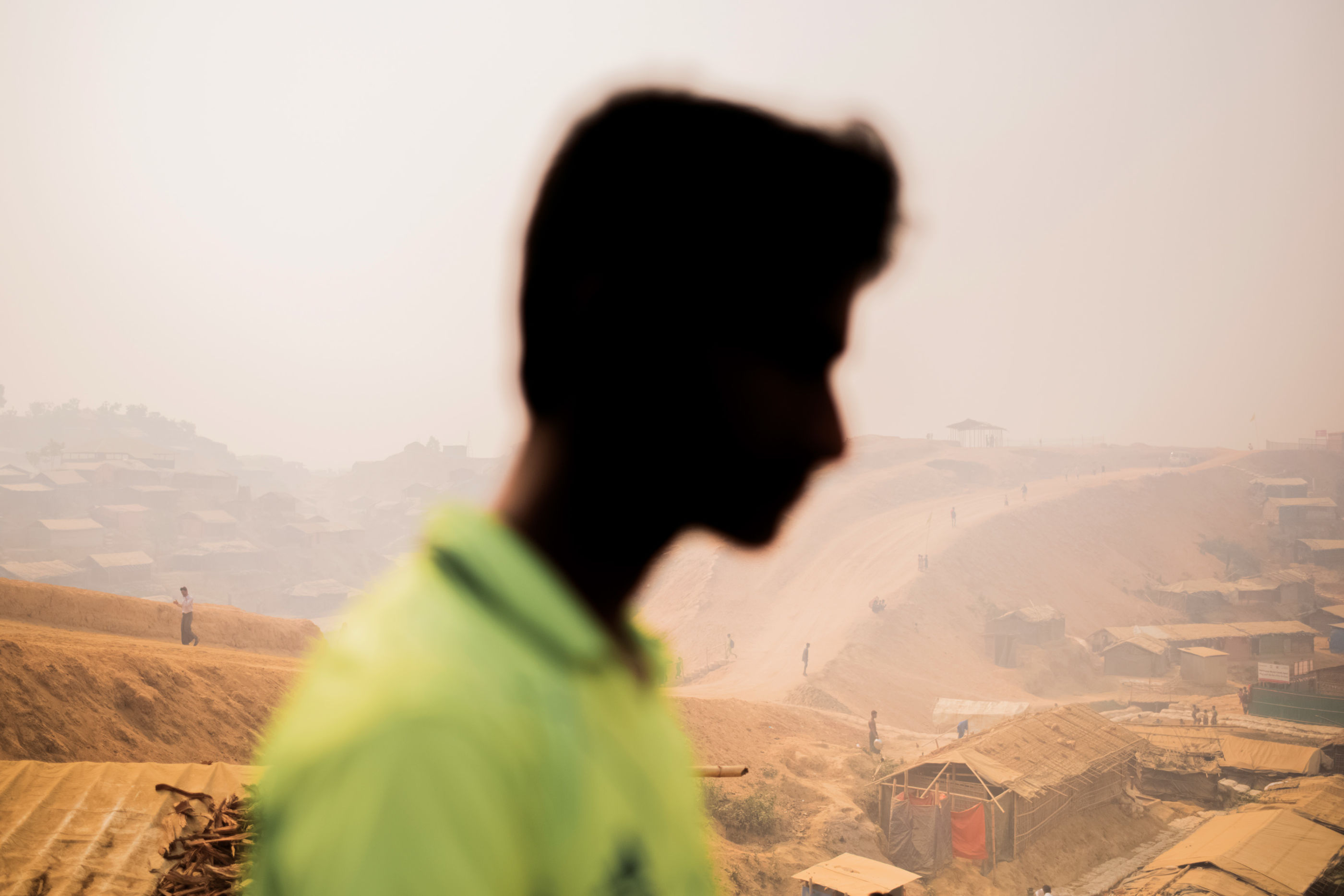 At around 10 in the morning on August 25, I had finished my morning prayer and I was cooking soup with dried fish. My house was set on fire. Suddenly, people were running everywhere. The military was shooting at people. There were eight of us in my family, myself included. We all ran. I didn’t know where my parents or brothers or sisters went. I later heard they were killed. I’m the only one in my family who survived.

I couldn’t bring anything when I ran from my home, but I had my brother’s mobile phone. I called M. — we had just talked a few days before — and told him, “I lost everything here, including my parents and brother. Please save me.” We hadn’t talked a lot. I felt like I didn’t know anything about him, just that he and my brother were friends.

When I first arrived in Bangladesh, I was like a sick person. I couldn’t walk well. I didn’t have any injuries, but the journey was hard — especially the part in a canoe. I appreciated that M. and his family protected me. That’s why I decided to marry him. Originally, I was hoping for an arranged marriage, like my parents had planned, but by marrying my husband, I found peace. 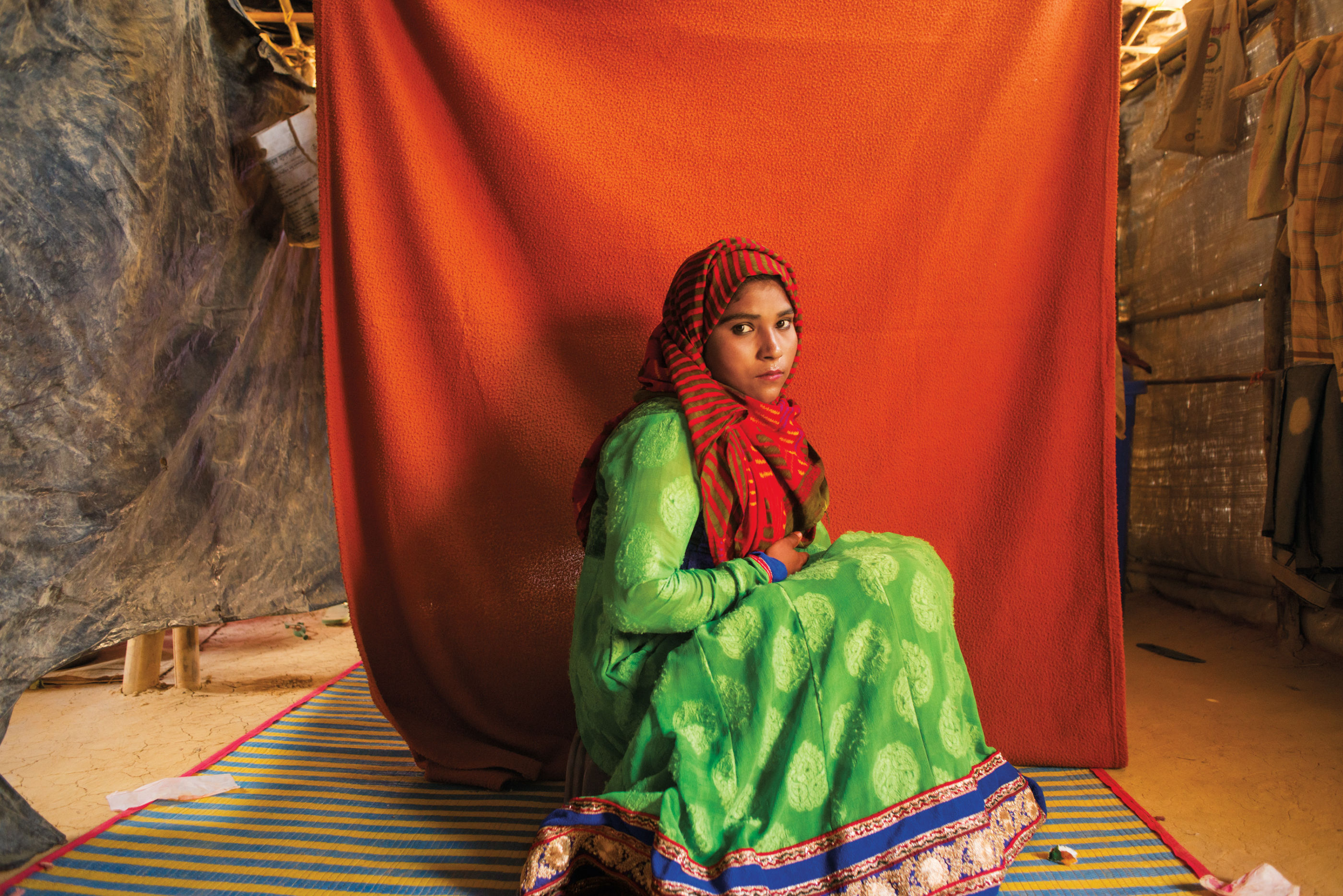