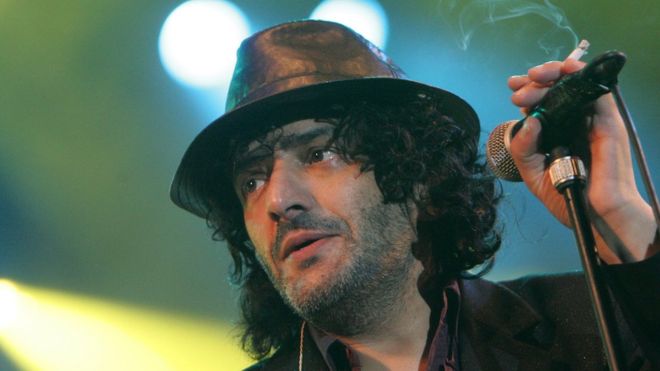 Algerian-born singer Rachid Taha has died of a heart attack at home in Paris aged 59, his family said.

Taha was born on Algeria's north-west coast in 1958 and moved with his family to Lyon aged 10.

He rose to prominence as the lead singer of Arabic-language group Carte de Séjour, which blended Western punk rock with Algerian Maghrebi music.

Taha then went solo, and in 2004 covered The Clash's song Rock the Casbah.

His other famous songs include a version of Douce France with Carte de Séjour, as well as his cover of song Ya Rayah as a solo artist.

In a 2001 music festival review, the BBC described his work as a "seductive mixture of traditional North African, rock, techno and dance music".

The singer first entered the music world when he opened a club in Lyon called Les Refoulés (The Rejects) in the late 1970s.

Working as a DJ there, he reportedly mixed Arabic pop music with backing beats from bands like Led Zeppelin and Kraftwerk.