Algiers finally has its own opera house, but it is a long road ahead before its creative resurgence takes off 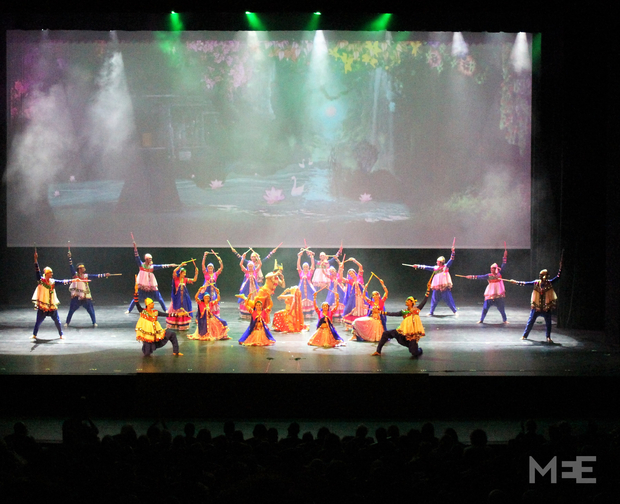 ALGIERS - Fatiha, like many Algerians, is terrified of going out at night. Ever since the dark years of the so-called Black Decade, she has been reluctant to venture out after sunset. But the 67-year-old housewife from Algiers did not want to miss the opportunity to attend the opening of her country's first opera house.

While the sun set over surrounding farmlands, Fatiha, accompanied by her husband and grandchildren, arrived at the new venue. She was delighted, instantly enamoured of the building; with its sculpted white marble columns and striking crystal chandeliers in the brightly-lit foyer. 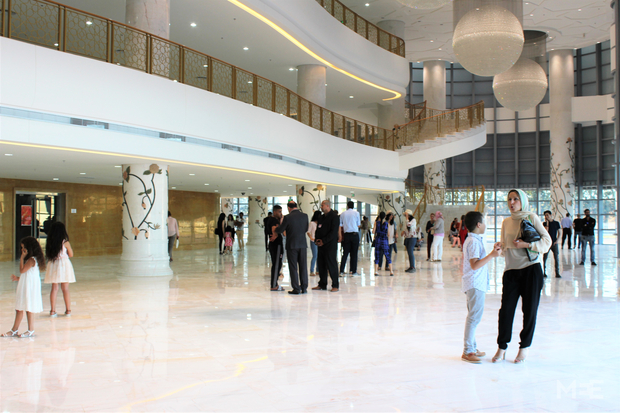 Since the beginning of the month, thousands of people, the majority of them women, have been flocking to the Ouled Fayet suburb, an emerging new hub of the North African capital. They were visiting the opera house – only the third among the Arab countries and the sixth in Africa.

After four years of building work, the 1,400-seat venue was finally ready in late July and was formally inaugurated with a performance by the National Symphony Orchestra of Algiers. Prime Minister Abdelmalek Sellal and high-ranking members of the government were in attendance.

“It has been a long time coming, but Algiers has finally got its opera house. It has surpassed all expectations, and the design is pretty amazing,” screenwriter Nabila Bouacha, sitting in the front row, told MEE.

The opera house is an impressive cube-like edifice of 35,000 square metres, featuring a protruding and curving roof sitting above a transparent all-glass wall and a water basin. Inside, the design embraces some of Algeria's rich heritage, including traditional forms and details. “It is a great combination of our traditional style and contemporary architecture,” Bouacha observed. 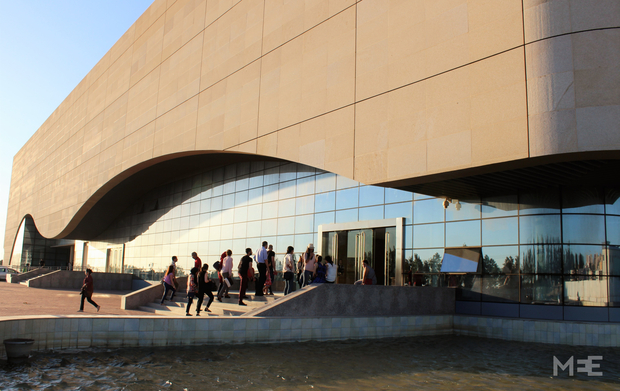 The Algiers Opera House, which cost approximately $40 million, is a gift from the Chinese, serving as a powerful symbol of Beijing's growing economic influence in Algeria. Over the past decade, the bilateral trade between the two countries has significantly increased and since 2013, China has even been crowned Algeria's number one importer, far outstripping France and other European partners. According to China's embassy in Algiers, nearly 40,000 Chinese workers live in Algeria.

The Chinese government is an old friend of Algeria. Back in the 1950s, China was the first non-Arab country to recognise Algeria's nascent nationalist movement. “Now, the friendship between Algeria and China is literally set in stone,” Amar, a 53-year-old surgeon who visited the opera house with his wife and two daughters, said with a smile.

“In the 1970s, I used to go to cine-club events at night. We watched classic movies such as Elia Kazan's productions. But now life is pretty boring in the capital and the situation is worse in the rest of the country. There is almost no entertaining space where I can bring my wife and daughters,” Amar told MEE. “Let's hope that the inauguration of an opera house will play a key role in the country's creative resurgence.” 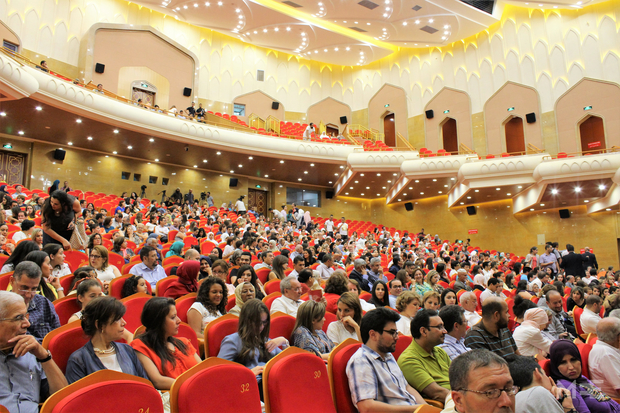 When a city such as Algiers, with no experience of Western opera classics, and lacking a vibrant cultural life, builds an opera house, it is major news. Many hope that it signifies the start of something big. “Algeria is definitely taking a step in the right direction,” Lydia, a 19-year-old student who lives in Paris and landed in Algiers the day before, told MEE.

On the bill that night was Beyond Bollywood, the creation of two of the Bollywood industry's most renowned talents - director Rajeev Goswami and lyricist Irfan Siddiqui. The Indian musical production, which made its UK premiere at the London Palladium months ago, was invited to be a part of the opera house's inaugural season.

The diverse audience was transported right into the universe of Bollywood. Set between Paris and India, the story follows Shailey, an Indian-born dancer who decides to travel to India in order to save her deceased mother's legacy, a theatre in France's capital. In Mumbai, Shailey meets Raghav, a choreographer who tries to fuse Eastern and Western dancing styles.

The lavish, two-hour show is a celebration of different folk traditions and dances, including the Garba dance of Gujarat and the Punjabi bhangra. “The show gives a real flavour of the colours and the dance styles of India,” Ana Ilmi, who portrays the character of Shaily, told MEE backstage.

The Indian actors drew warm applause from the audience throughout their performance, with the female performers receiving an especially rapturous reaction when they began to move like oriental belly-dancers to the hit song "Didi" by famous local singer Cheb Khaled. Some spectators could not help getting up and joining in with the gyrating.

Lydia was entranced by the swirling movements of the 45 dancers on the stage. “We have spent an enchanting evening. Now, we are waiting for opera classics,” she said.

Beyond Bollywood was the first world-class performance put on at the Algiers Opera house and the Peking Opera is set to appear here in the near future. "We will continue to bring the very best of world music to Algiers, presenting several opera classics coming from France, Italy and Germany as well,” the house’s director Noureddine Saoudi told MEE.

Until then, Algerian work will be strongly represented. Though the venue was presented as the first theatre in Algeria dedicated to opera performances, it will not exclusively feature classical music. “The venue will offer an eclectic programme of cultural events, including musicals, Algerian and world music concerts, theatre performances," explained Saoudi, "until Algeria begins to produce its own opera music and European bands visit us.”

A former songwriter of Arabo-Andalusian classical music, Saoudi hopes to turn the opera house into a “radiant centre of culture and arts”. “We want the house to become the new hotspot of aspiring artists so as to promote Algeria’s creativity. That is why it will offer free creative master classes.”

But Algerian opera lovers will have to be patient. Once the Indian troupe has gone, the building will remain as empty as the director’s office. “We are not expecting to host any concert in the following weeks. Algiers opera house’s programme is not scheduled yet,” said Saoudi, sitting in front of an empty bookcase.

“The truth is that we are facing a staff shortage. We are two full-time employed technicians only, this is definitely not enough to run such a structure,” said a production coordinator, directing a rehearsal backstage.

The Algiers Opera House has opened at the worst possible moment. The oil-producing country finds itself in the throes of a budget crisis amid a global slump in energy prices. As a consequence, the government has been paring back subsidies since the beginning of the year.

Algerian arts organisations have felt the pinch of the authorities’ economic difficulties. Only a few days after inaugurating the opera house, the Minister of Culture Azzedine Mihoubi announced new austerity measures in an effort to control public-sector debt. These followed a reduction in the number of art festivals in Algeria in 2015.

“The new austerity policy does not bode well for us," one technician at the opera house told MEE. "It also jeopardises the emergence of a culture of opera in the country.”

Algiers’ first opera house may have been warmly welcomed, but it faces a long road ahead.