By Noah Rothman for Commentary 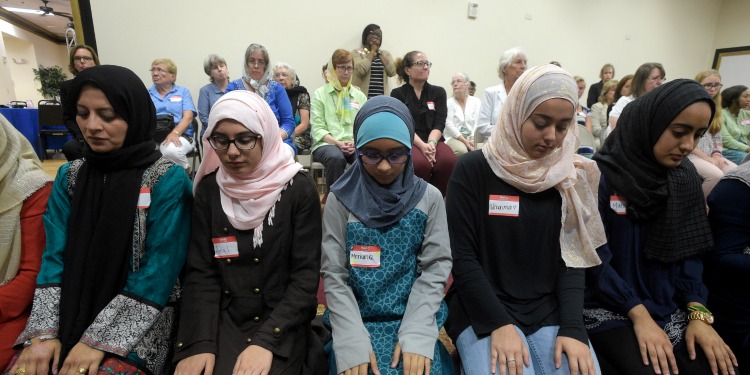 According to Donald Trump, American Muslims have a problem assimilating into American culture. Is he right? “Assimilation has been very hard,” Trump told Sean Hannity this week. “It’s almost, I won’t say nonexistent, but it gets to be pretty close. I’m talking about second and third generation. They come, they don’t— for some reason there’s no real assimilation.”

Does the United States, a famously effective cultural melting pot, have an assimilation problem when it comes to American Muslims? Well, the polling firm Pew Research Center conducts a quadrennial study of Muslim attitudes, including Muslim-Americans. The answer is no.

As of 2007, Pew found that America’s Muslim population was a predominantly first-generation immigrant demographic. It was also a wildly diverse population, with origins ranging from North Africa to Southeast Asia. What’s more, it found the population was largely assimilated. Most Muslim-Americans lived in well-off communities, which they rated as “good” or “excellent” places to live. They found a majority described themselves as middle class, and that over seven in ten Muslims believed in the “American dream,”defined as “people who want to get ahead in the United States can make it if they are willing to work hard.” What’s more, this population was far more likely to reject extremism and violence than were Muslim immigrant communities in Europe.

By 2011, Pew found that this population’s views had not changed, even as it had diversified ethnically, geographically, and economically. “U.S. Muslims are about as likely as other Americans to report household incomes of $100,000 or more (14 percent of Muslims, compared with 16 percent of all adults), and they express similar levels of satisfaction with their personal financial situation,” Pew reported. Muslim Americans were just as likely as the average American to have graduated from a four-year institution. Because this is a younger population, Muslim-Americans are overrepresented in colleges compared to average Americans.

When it came to radical Islamism, a plurality believed that “U.S. Muslim leaders” had not “done as much as they should” to “speak out against extremists.” Pew found that around half of Muslims in America said that “all” or “most” of their friends are also Muslim. 56 percent of respondents confessed that they believed “most Muslims who come to the U.S. today want to adopt American customs and ways of life.” 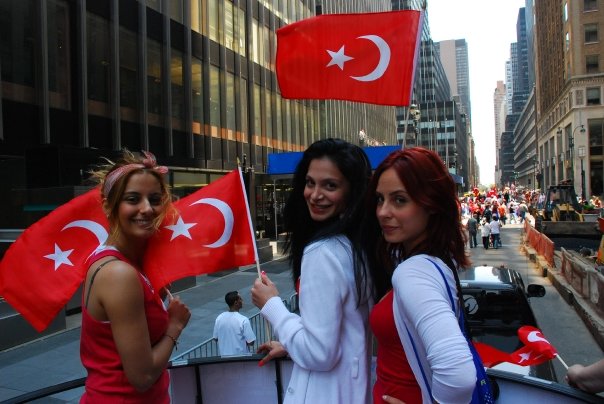 What about today? Surely, amid the rise of ISIS, a new wave of Islamist terrorism, and a spiraling refugee crisis in Europe, the situation has changed for the worse.

The last Pew survey, which was completed and released in December 2015, found that less than one percent of the overall U.S. population describe themselves as Muslim. “Only about half (48 percent) of U.S. Muslims say all or most of their close friends are also Muslims, compared with a global median of 95 percent in the 39 countries we surveyed,” Pew reported. What’s more,”Muslims in the U.S. are roughly as religious as U.S. Christians, although they are less religious than Muslims in many other nations,” the report stated.

There are clearly exceptions. The Orlando shooter Omar Mateen was one such, and one is too many. The United States is not remotely comparable to Western Europe, which is absent a culture of assimilation and actively fosters the creation of illiberal ghettos in which Muslims sequester themselves in order to avoid integration. Like Hispanics, who are assimilating into American culture as quickly as have the last century’s alien immigrant groups (i.e. the Irish, Germans, Italians, and diaspora Jews), Muslim-American immigrants are quickly adapting to their new environment.

What isn’t keeping pace are American attitudes. The threat posed by radical Islamic terrorism is real, and the crises in the Middle East and North Africa, which thrust millions of Muslims into populations in which they have no intention of conforming, represent a threat to the Western way of life. But there is no refugee crisis in the United States. Indeed, Washington has trouble approving the importation of the Muslims who aided American troops in Iraq and Afghanistan and, thus, face the prospect of persecution in their home countries, let alone a tide of displaced Syrians. If the wars and political crises abroad continue to spiral out of control, America could conceivably face its own refugee crisis and an influx of unassimilated Muslim migrants who resent their new home. That is simply not the case today.

So the idea that American Muslims have an assimilation problem isn’t well supported, to put it mildly, no matter what Trump chooses to say.