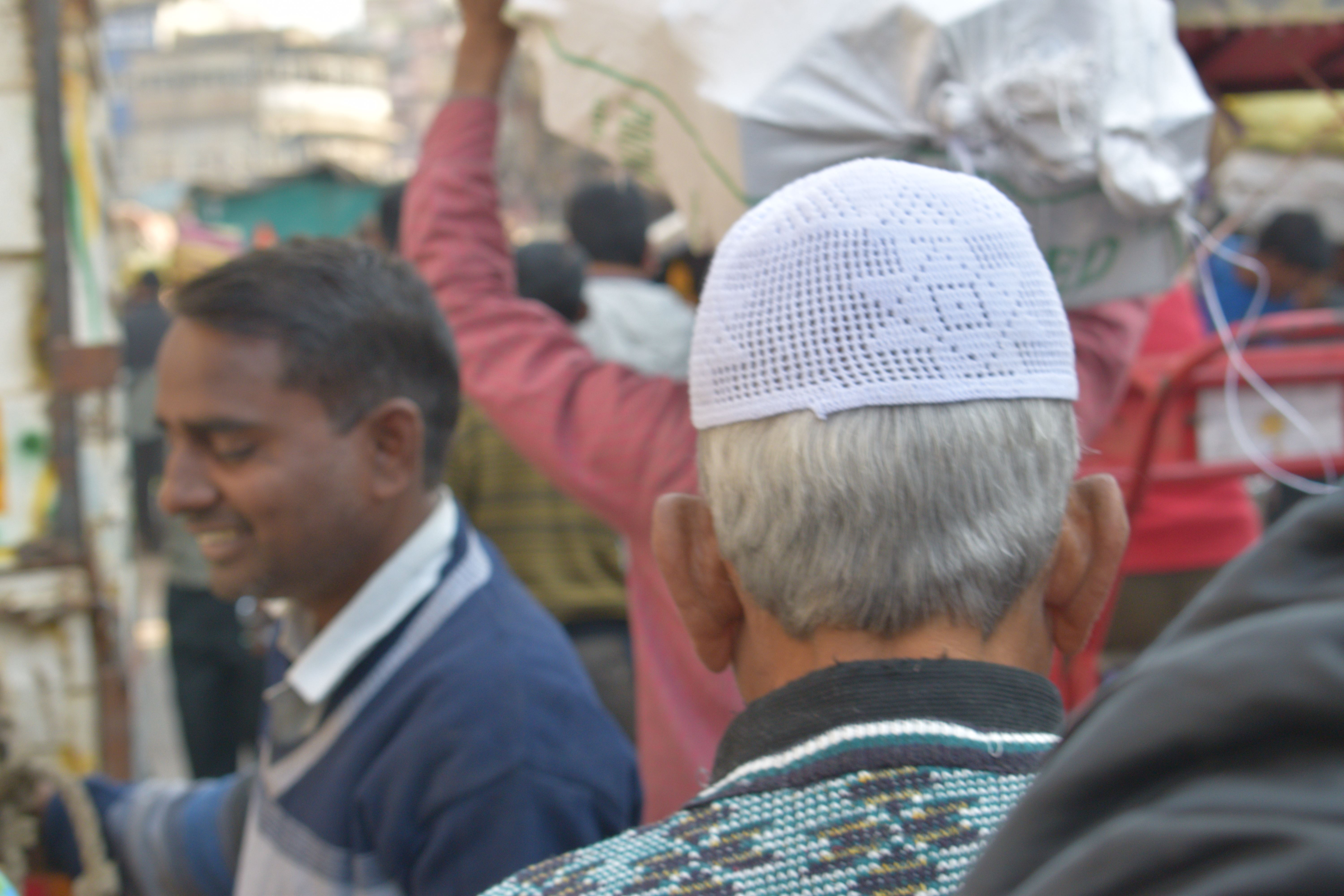 I see a lot of places here in Delhi and like most people, I forget to realise that they're all different places. They seem like an extension of each other, like a grass patch flickering into sand and reigniting as grass and then flickering again, forming a pattern of some sort. They don’t look at all different to the naked eye and they absorb all that comes between like an abandoned old rubber tire or packets of Kuber pan masala, a solitary deformed chappal, an ice cream stick, broken pieces of beer bottles, forming an abstract art. It all seems the same and monotonous and is hardly ever recognized for the individuality of it.

I brush through the narrow lanes, which is a boulevard of dungeons here in the North Campus. I hire a rickshaw until I reach the metro station. I feel like I am sitting on all the rickshaws around me, as if it doesn't matter that I am on this particular rickshaw. I could be on any one of these and the story would still be entirely the same, like the concept of infinite possibilities is a lie, like all the rickshaws pullers are all the same people, with the same faces, same clothes and same lives. As if you decide to follow them throughout the day in an invisible cloak, you'd find no stories, as if it's all an abstract pattern, as if it's all just a painting, as if no one is alive, as if no one is a story. The monotony of life here is ever consuming, that everyone has found a place to settle in this large painting as an Abstract yet everyone will live by the few colors of the life that they know in this painting. So settled in their sadness and monotony, they don't realise it's not just people who see them as art, they can see the Art too.

My rickshaw takes a turn at Hudson lane, where now the two opposite sides of the road are like two different worlds, like two different paintings, one of the side is a bedlam of fancy cafes, coffee shops, restaurants, bars and very few shops and stores. You never really realize if any of these restaurants here close down and a new one comes up, even if seventeen of them close down and new ones come up, the abstract symmetry is such that the changing colors or mistakes or the vanity of the painting can be ignored at convenience. As I look on the other side I see another rather old, rusty and settled rebellion of stores who have not once tried to change their demeanor with changing time to adjust to it. Their rebellion is a testament to whatever of the old times is left here. You can see the unobtrusive signboards standing chest out and proud over the old Saree stores and Garment stores almost gasping scornfully at the plethora of Neon Boards across the road, I see Hudson lane as a perfect trope for the generation dynamics in this part of world.

The generation I call the "Jammed Generation" are the people born right after or in the early independence era who are still finding it hard to accept the aspirations or vastness of freedom in the 21st century. They are the people who often enjoy taking fall in the shallow rain puddle, preaching the old times to justify the current times, often hurting themselves in the process. Being torn in the hustle of having to build a life for themselves and their children out of ruins, out of nowhere and surviving the early years of democracy of having never witnessed the madness of azaadi, of having only heard constant bickering and stories about the same unwillingly, stories of a different kind of greatness, the Jammed Generation never got to realise their dreams, or achieve greatness of the kind the generation before them did. And so they taught themselves into hating the dreams into taking refuge in the vain institutions of culture, religion and reasonable restrictions, of never having to justify the lack of colors in the corner of painting they've taught themselves is the world.

I get down at the metro station, looking at the faces around, wondering how many of them were a result of the largest refugee camp here in the Dilli Darbar of 1911 whose glory like the glory 'Parwana' was torn by 'Mir' was torn by Rasina Hill. I wonder how many of the people know where they stand. I wonder if they have any idea that this painting was once a bank of Yamuna. "In the painting" I take a better look around and I agree with the voice in my head. I glide through the metro, and pick a spot which offers me maximum diversity looking at the random colors of turbans and pullovers and jackets and the beautiful girl standing in a corner just by the gate, reading 'Hafeez Jalandhari' In awe of her choice of poetry, I break out of my bubble rolling around the painting and I color myself in the same colors, so I appear a part of the painting she is. It doesn't work, because it's an abstract painting. Modern art. I walk the lanes of Faiz bazaar wondering what if she was in the bubble like I am most of the time and I unnecessarily spoilt my clothes with all the random dirty colors.

I walk through the narrow lanes clicking pictures, trying to spot a difference in the different pictures at different places. They all seem the same at first, till I close my eyes for a second and actually try to look at them. I have realised in the last few years that is how you have to look at the world around you. See, close your eyes, see again. You'll always see two different things.

I take a turn into the thinnest of the lanes where I enter for the first time ever Aalam Dehlvi Sahab, compensated by saying "Bache Khazaanon aur kitaabon wale kamron ko jaane wale raaste hamesha jitne tang hote hain utne beshumar hote hain" (Kid, the more narrower the road leading to rooms of treasure and books the more beautiful and uncountable the treasure and books are). I walk through the commotion to see how the 2-room apartment of Dehlvi saab looks now that he has left the world. Even amid all the hustle, smell of food, I only see the two whole walls filled with books, I remember the first and the last time I had lunch here and how he couldn't stop complaining about the keema not being as good as usual and his love for food and Mir, about how Bollywood was what it was because of Dehlvis and his regret that, Hindustan had let go of Urdu just because of the Persian script. Which was ironical because he despised the fact that I wrote Urdu in roman.

I pick the oldest copy of Mir with some message written on the first page of it in Urdu, I try to arrange letters to form sentences of what is written, but all I can arrange is "Ke tum dilli me ho toh, Aalam jaanta hai mai jahannum me hun...."

My inability to read Urdu makes me feel crippled as usual. I put the book in my bag carefully so no one saw me steal it, have some water, meet his son and leave.

I walk through the lanes of Faiz bazaar trying to remember Dehlvi Saabs last words to me.

I don't know if these were his last words, but these were definitely his words.

(It is but, a matter of few moments, what is the whole fight about? There is but just this evening to write anything at all, evening-of-no-end it may be )

I look at the hustle the shops, the various colors, clothes hanging, samosas being taken out of hot oil, vegetable vendors and burkhas around me. I close my eyes to see some darkness and clear my mind of all the various emotions creeping in to look at everything again. I wake up from my own funeral.

It's all still an abstract painting.

Aseem Sundan is a writer/poet and a photographer based in New Delhi, India.