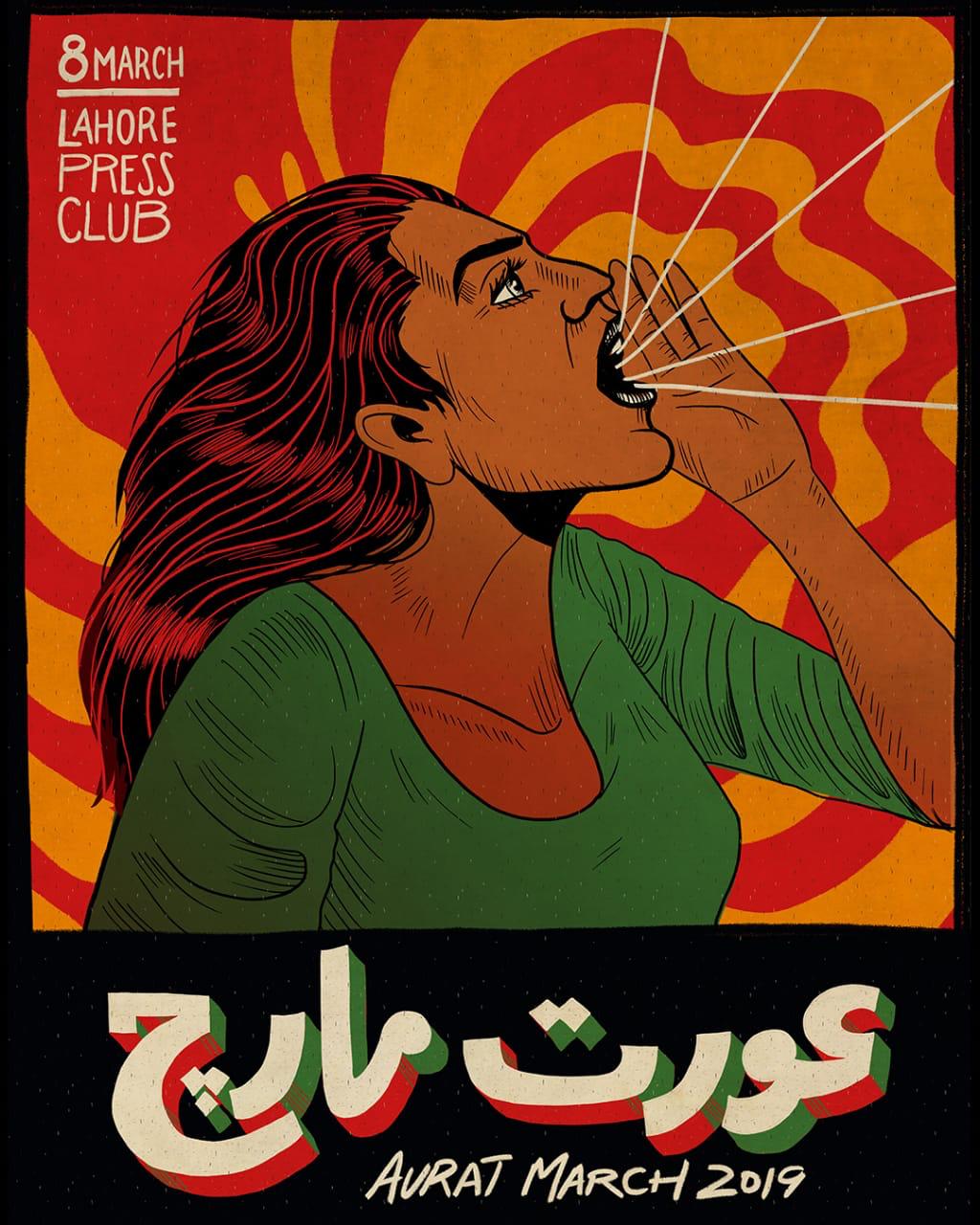 Pakistan has long been perceived as a country that provides shelter to terrorist organizations and is home to violence and turmoil. Pakistani women, being third-world inhabitants, have always been synonymous to victims of cultural oppression and patriarchal tyranny. But, now is the time for the power of women to dismantle this ideology and shatter stereotypes. Women of Pakistan have joined hands and strength to call for a revolution against toxic masculinity on Women’s International Day (8th of March).

This march is intended to serve two purposes. First, to demand equality at all levels in Pakistan, and second, show the world that the Pakistani aurat is not the woman you know from narratives by writers who portray her as a victim for the pleasure of the western world. Contrary to popular opinion, she is courageous enough to march for her rights.

Hum Aurtien: It is an umbrella term that represents a collective feminist movement that includes women, transgenders, non-conformists and gender/sexual minorities who step-in to confront the patriarchal structures by the names of religion, politics, society and family. This is a shared struggle to raise voice against the sexual, economic, social and religious exploitation.

Naming the March: The name of the March is well thought out and sums up the concept well. The choice of an Urdu word “Aurat” instead of Woman is deliberate because this March is about the struggle, experience and demands of the women living in Pakistan. It also draws a border for the propaganda of Western feminists who try to appropriate the life of a Pakistani Woman. The choice of name is also to avoid the use of the word “woman”, which itself is derived from the root word “man”.  The use of “Aurat” does not exclude the transgender community, but the idea of this march is based on class conscious inclusiveness of transgenders.

What is Aurat March? Aurat March is peaceful protest for the rights of women. This is the second year that such a walk is organized to mainstream the issues women are facing at the hands of religion, government, society and family. The core principles for this March are that it will not be supported by Any NGO or corporate funding or by any political party alliance. 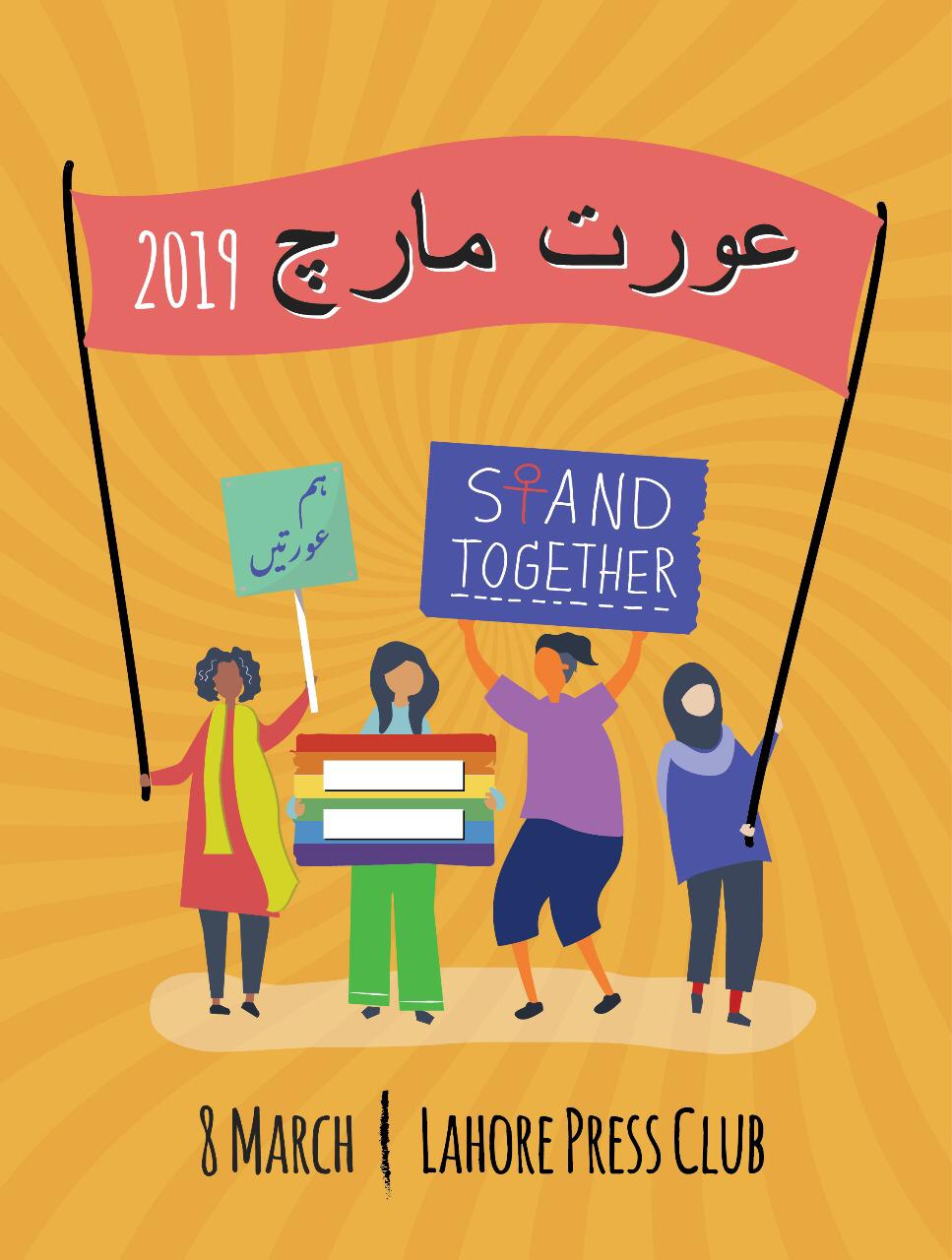 Why Aurat March: Aurat March strives for economic justice demanding that the labor of all women, gender and sexual minorities should be recognized and accorded dignity. It raises voice against the economic exploitation. It agitates for the implementation of the “Protection against Harassment of Women at Workplace Act, 2010’, which ensures a safe working environment for women, all gender and sexual minorities. It endeavors to secure a right for all to work freely and earn equal wages regardless of gender and class. It stresses on the provision of maternity leaves and day care centers to ensure that women are able to be part of the workforce. 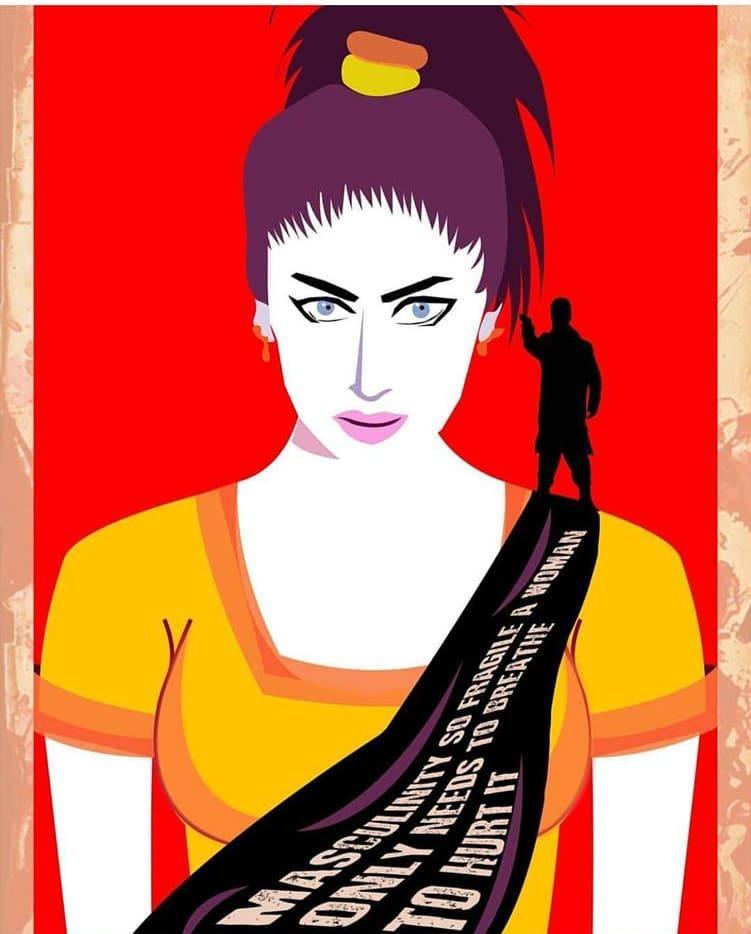 One of the slogans for the March is “Freedom over Fear”, that is a call for the “Accountability and Restorative Justice against Violence”. It demands for accountability against state violence in the shape of police brutality especially against women and trans bodies. It agitates to bring a reform to ensure that the survivors of sexual violence and harassment are not silenced and their cries for justice do not remain unheard. It endeavors to make certain that the legal and justice system does not let any other “Qandeel Baloch” to die in the name “Honor Killing” and then the murderers be acquitted by the family and court. The March calls for meaningful access to the legal and justice system, be it the courts or the police to ensure that women, transgender persons and gender/sexual minorities get easy and cheap access to justice. 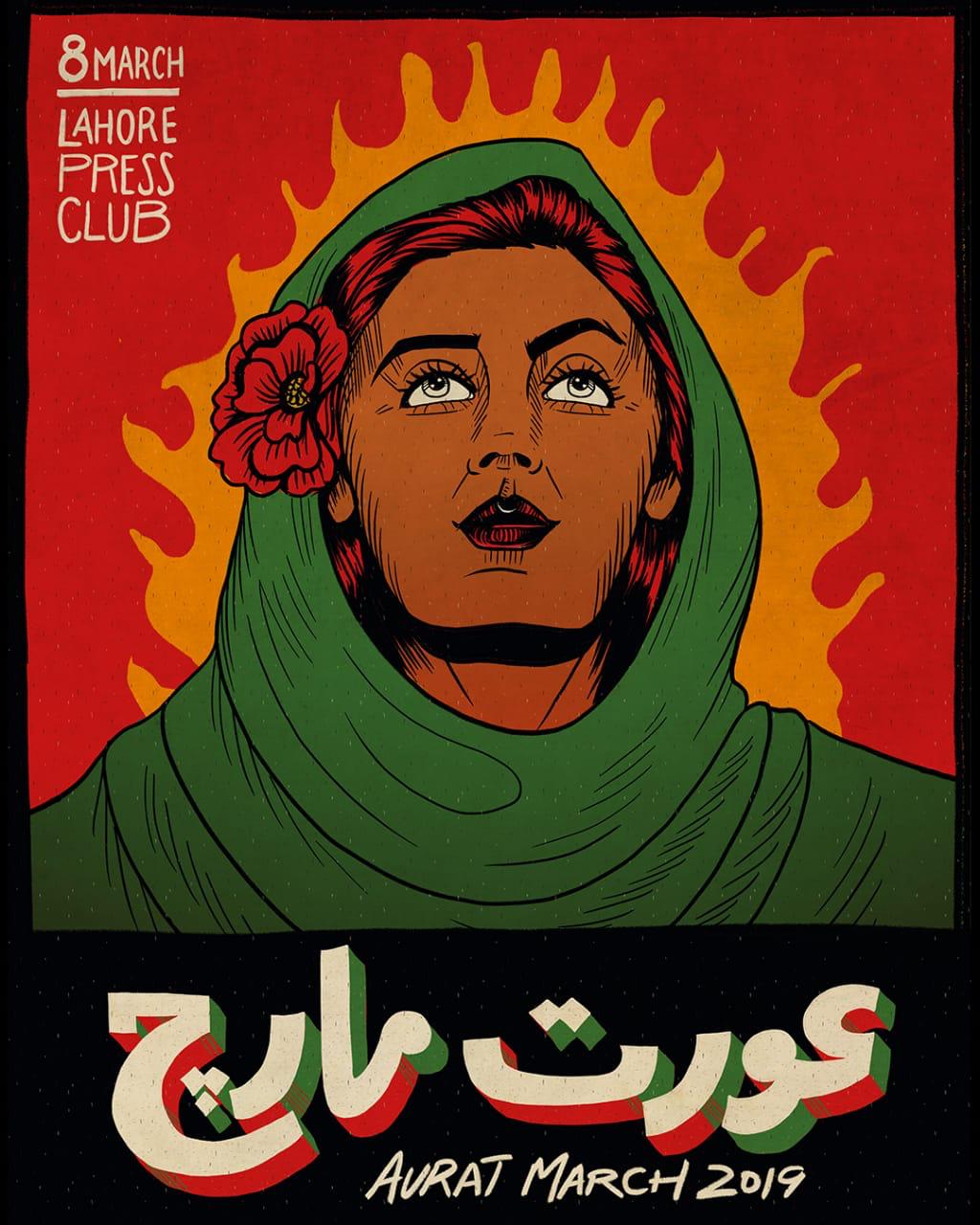 It agitates for implementation of anti-harassment laws and policies in places of work like educational institutions to make sure that schools and universities are safe spaces for all.

The most striking element of this march that proves its claim of justice for all is the inclusion of transgender persons. It demands complete and equal access for the transgenders to public spaces, resources, health care, work opportunities, law and protection without any discrimination so that a transgender person is not thrown out of his home and family as a result of social pressures and they can be independent.

It seeks women’s reproductive autonomy and control over their bodies. It calls for the women, gender and sexual minorities to have equal access to quality reproductive and sexual health services.

Aurat March demands a reform of personal laws for religious minorities that ensures the elimination of any discrimination on the grounds of faith and religion. The women of religious minorities are doubly marginalized, firstly by their religious beliefs and secondly by their gender. The March demands an amendment to the Christian Divorce Act of 1869 to allow adultery as a base for divorce as it violates and bruises the dignity of Christians, particularly Christian women. It strives for the formulation of laws of business for the Punjab Anand Karaj Act of 2017 for Sikh Community and Hindu Marriage Act of 2017.

As of this writing, Pakistan and India appear to be at the brink of war. Consequently, the Aurat March wants to use its platform to remind both communities that no one wins in war except corporations and fascist ideologues. It is not a Twitter war of a small privileged group, but a massacre of societies. Aurat March believes that militarism is an expression of patriarchal masculine gendering. War is antithetical to peace and further solidifies toxic masculinity. 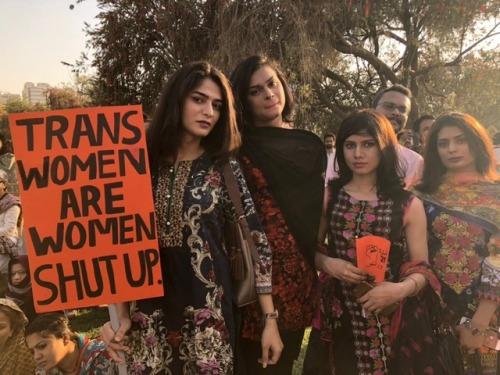 What makes this March to stand prominent is its acknowledgment of class and gender barriers and then its culmination by the inclusion of all. It calls for “Justice for All”. This March is not only a demand for the rights of women, transgender and sexual minorities in Pakistan but it also signifies the  reconstruction of Pakistani Woman’s identity for the whole world from “Victims of Patriarchy” to “Women Marching the streets tearing down patriarchy and shattering stereotypes.”