By Nermin Kamal for Qantara.de 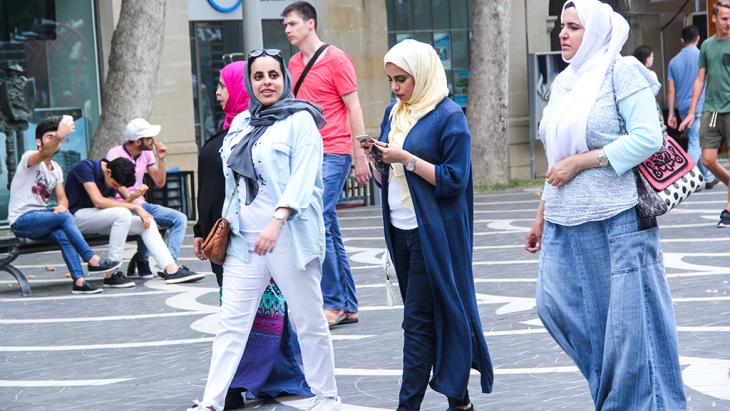 As the first Muslim country to grant women the vote in 1919, Azerbaijan is rightly proud of its enlightened heritage. Yet increasingly, tensions are arising between an evolving 21st century ″anything goes″ interpretation of religious tolerance and the secular legacy of its literary founding fathers.

Azerbaijan has been attempting to attract tourists for years, hosting the Eurovision Song Contest, European Games, Formula One and other prestigious events in Baku. The aim: to provide the oil-producing country with a replacement source of income in a post-oil economy. But the long-awaited tourists never arrived.

Until this summer. All of a sudden tourists began flooding into Azerbaijan, yet these were not the tourists Azerbaijanis were expecting to see. Instead of Westerners with their backpacks and maps in hand, strolling the streets in shorts and T-shirts, they saw tour groups from Arab countries consisting of hundreds of Muslim families. So great was the influx that shops and malls in Baku began displaying signs such as ″Welcome!″, ″Open″ and ″Sale″ in Arabic.

Azerbaijan aspires to a reputation of multiculturalism and tolerance, yet this sudden convergence of different cultures is proving a complicated issue, challenging even those who pride themselves on their openness. Social media discussions examined the cultural differences between the Arab Muslim tourists and Muslim Azerbaijanis in great depth.

Suddenly the statue of "The Liberated Woman", erected in Baku during the Soviet era to the struggle of Azerbaijanis over the chador as a symbol of feudal oppression and social inequality was back on the agenda.

″Baku is the only Muslim city in the world where there is a monument displaying a woman throwing off her chador. Everyone needs to understand the significance of this monument. To me it is one of the key symbols of our country. We should not take it for granted. We should make pilgrimages to it and understand its historical value and importance,″ wrote Azerbaijani poet Rasim Garaja in one of the many Arab tourists in Baku discussion feeds. 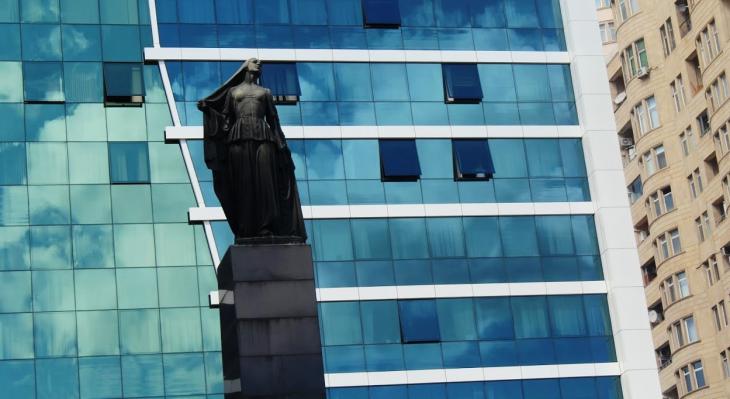 ″Baku is the only Muslim city in the world where there is a monument displaying a woman throwing off her chador. Everyone needs to understand the significance of this monument. To me it is one of the key symbols of our country. We should not take it for granted. We should make pilgrimages to it and understand its historical value and importance,″ wrote Azerbaijani poet Rasim Garaja in one of the many "Arab tourists in Baku" discussion feeds

As the summer crop of tourists continued unabated, discussions raged over the difference between Azerbaijan and other Muslim countries and about the history of its secularisation: just one century ago, Azerbaijani women were forbidden from appearing on stage in the newly-opened theatre in Baku, meaning any female parts were always played by men. Yet in Azerbaijan′s modern Muslim society women enjoy compulsory secular education and work in theatre, opera, ballet and other spheres of modern culture.

Dragging Azerbaijan ″out of the dark Muslim world″

Undoubtedly things could have been very different. Thanks in great part to the Azerbaijani ″enlightenment″ spearheaded by writers during the 19th and 20th centuries, Azerbaijan became the first Muslim country to grant women the right to vote in 1919, at around the same time as women in Germany, the UK and US.

The general inference, aptly expressed by another contributor to the discussion, is that ″literature has moulded, shaped and developed the Azerbaijani people. We ought to be thankful to those writers and poets, the Voltaires of Azerbaijan, who lived in the 19th and the beginning of the 20th centuries, for our modern secular country, unique among the Muslim countries.″

One of their many publications was ″Molla Nasreddin″ (1907-18), a satirical periodical which enjoyed a wide readership across the Muslim world from Morocco to Iran. ″Molla Nasreddin″ lambasted the hypocrisy of the Muslim clergy, while arguing repeatedly for Westernisation, educational reform and equal rights for women. 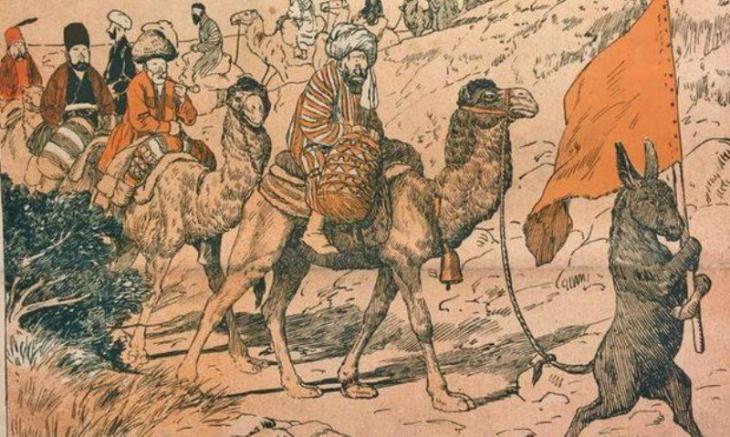 Critical authors then and now: ″The Azerbaijani writer and philosopher M.F.Akhundov (1812-1878) was a bitter critic of Islam and its Prophet in his book “Kamaludovle Letters” (1865). Jalil Mammadgulu-zade continued in the same vein at the beginning of the 20th century. The former remained unburied in the Muslim quarter of Tbilisi (Georgia) for three days. A death fatwa was issued for the latter by a Shia Sheikulislam in the town Najaf of Iraq. It has never been easy to utter a different view in Azerbaijan. Unfortunately, it is not easy now either,″ comments author Akram Aylisli, who came under great pressure following the publication of his novel, "Stone Dreams", in 2014

Publishing stridently anti-clerical and anti-religion materials in a Muslim country in the early 20th century was done at no small risk to the editorial team. Writers were often harassed, their offices attacked and, on more than one occasion, the editor Jalil Mammadgulu-zade had to escape from protesters incensed by the contents of the magazine.
When Soviet power was established in Azerbaijan (1920), several writers and poets of that generation were already dead and those who were still alive were glad that had Azerbaijan broken its ties with the Muslim world. At the same time they despised Russian expansionism. One saying, written by Jalil Mammadguluzade – ″We speak Russian to our countrymen, but Arabic to our dead″ – is still very popular in Azerbaijan.

Until recently, the names of these poets and writers carried more weight in Azerbaijan than those of its authoritarian political leaders. Their jubilees were celebrated in the country′s hallowed halls, their books published en masse, their plays staged for decades in national theatres, while their works dominated the school curriculum. Anyone ignorant of these writers and poets was judged ″illiterate″ by society at large. Until recently.

Although their monuments erected in the sightseeing centre of Baku have remained untouched, their popularity has waned: an increase in religious rhetoric within Azerbaijani society has made such literature undesirable owing to its open and irreconcilable anti-religious position.

An unofficial ban on the performance of their plays has been met with strong criticism from Azerbaijan′s intelligentsia. ″Not allowing the performance of these plays today means we have regressed. One hundred and fifty years ago, M. F. Akhundov used to say that he regarded all religions as a legend and idle. He was able to express his ideas openly,″ says Sabir Rustemkhanli, Azerbaijan′s poet laureate. 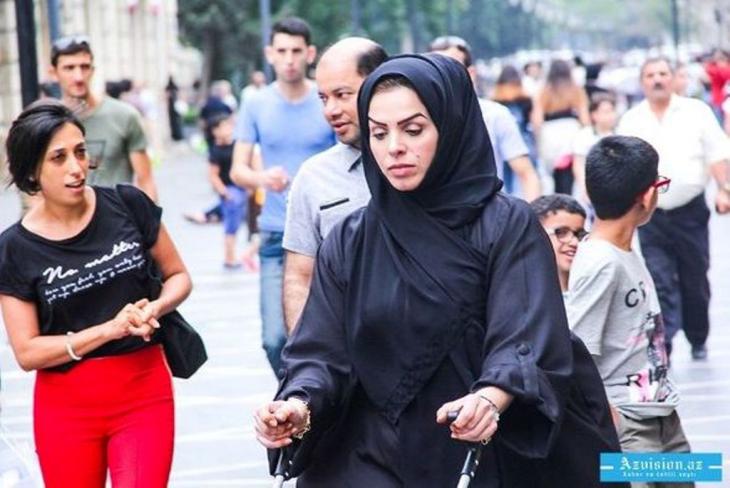 Every day some 600-1000 Arab tourists arrive in Baku, the capital of Azerbaijan: "although ninety-six percent of the country′s population are Muslim, only eight percent practise their religion, according to Azerbaijan′s State Committee for Work with Religious Organisations," writes Kamal

In an attempt to quell the wave of public protest, ″The Dead″, written in 1909 by prominent satirist writer and dramatist Jalil Mammadgulu-zade was recently re-staged at the State National Academic Theatre. In the original version of the play, the drunkard atheist protagonist Kefli Iskender appears on the stage at the end of the performance and utters a soliloquy, in which he severely criticises the backwardness of society and of men, who at the age of 50 insist on marrying ten-year-old girls. In the new and ′improved′ version, however, he remains silent, Koran in hand.
The threat of fatwa

Azerbaijan shares a border with three Muslim countries (Iran, Turkey and Russian Federation Dagestan) in which the clergy may issue fatwas for the arrest or death of writers. In 2011 a well-known Azerbaijani short story writer and essayist Rafiq Tagi was murdered in Baku, as a result of a fatwa issued by Iranian cleric Grand Ayatollah Fazel Lankarani.

It was writers who triggered the process of secularisation in this Muslim country, actively encouraging the Azerbaijan enlightenment. These days Azerbaijani writers and journalists still feel ″responsible″ for its secular society, evidenced in the cautious way they report about Muslim tourists.

Now, as the tourist season draws to a close, I stroll around in Baku on the Caspian Sea coast at dusk, observing a Muslim country struggling with both its secularism and its tolerance.