By News Desk for The Express Tribune 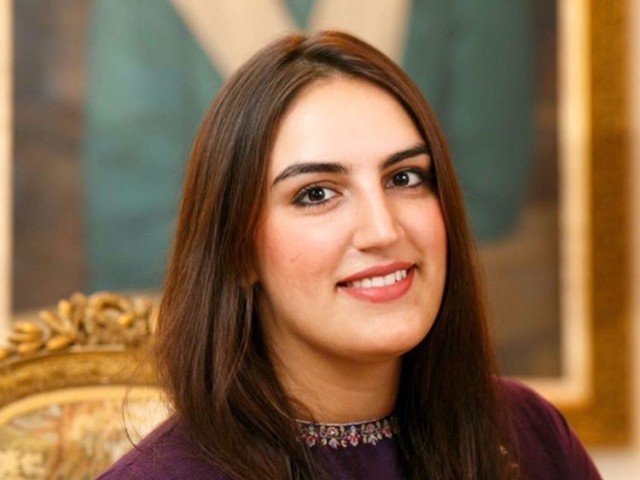 Perturbed by legislation making eating in public during Ramazan a jailable offence, Bakhtawar Bhutto took to Twitter to condemn the rule.

The daughter of former prime minister Benazir Bhutto said the rule is not consistent with Islam as scores of people will die of dehydration, fearing punishment from the authorities.

“People are going to die from heat stroke and dehydration with this ridiculous law. Not everyone is able. This is not Islam,” she wrote. 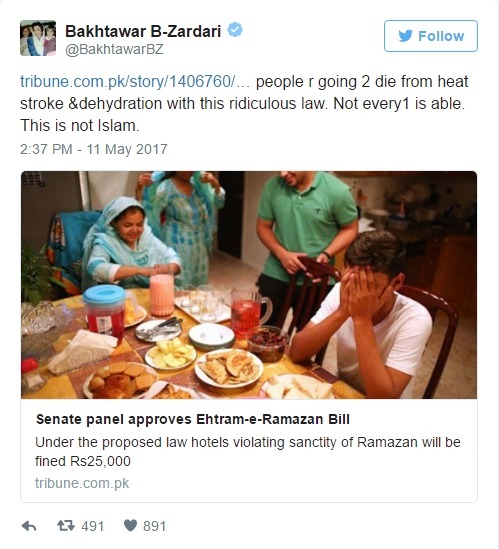 People who smoke or eat in public during Ramazan can be fined Rs500 and imprisoned for up to three months. TV channels or cinema houses that violate the law will be fined Rs500,000 or more.