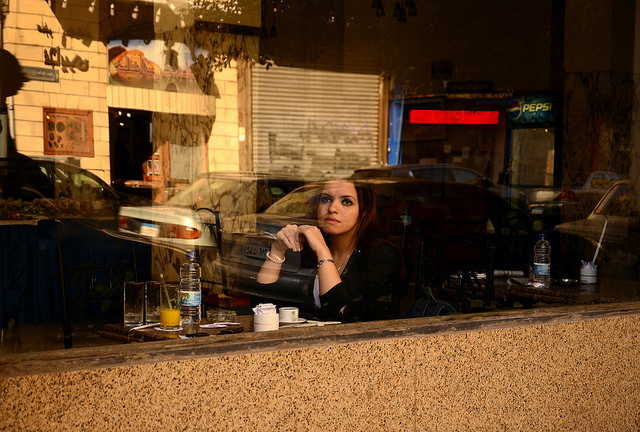 Being a woman in the Arab Muslim world is not easy. Almost all Arab women of all backgrounds, classes, ages or even religions face some sort of sexism in their life – and I’m one of them. That is not to say that misogyny is special to the Arab world; every society in history has struggled with sexism. The problem with the Arab world, however, is that on top of sexual harassment, high rates of female genital mutilation, ongoing economic disempowerment, restrictive and discriminatory family laws, and more, women are often shamed, marginalised, and even blackmailed simply for addressing issues that are deemed culturally inappropriate.

As a result, liberal secular feminists like me are faced with one of two choices: abiding by the rules and keeping quiet while living the way we wish in secret, or deciding to break the code of silence and bear the punishing consequences. What’s more troubling is that the bullying doesn’t stop with men; ‘fellow’ women may be even harsher in their criticism than men. They will beat their ‘sisters’ for speaking out, and they will do so in the name of Islam, traditions, as well as culture.

Society tells us ‘if you are tested (by Allah) and fall into sin, do not show it off’

In 2004, I got pregnant without conducting an official marriage. This is a deed considered ‘sinful’ and ‘disgraceful’ in an Arab Muslim country like Egypt. Though faced with extensive public humiliation, I still chose to keep the baby and resorted to legal means to obtain justice. In a country like Egypt, only a man can register a child’s birth. I filed a paternity suit against the father in order to assert my newly-born daughter’s right to carry his name. The public bias didn’t stop, even after I won all the court cases against the father. I would post a photo on my Facebook page and receive comments like ‘Look at how she dresses her daughter in shorts! Poor girl for having such a loose mother!’ I would write an update about my postgraduate studies and the replies would be ‘PhD, to do what? To teach us how to have babies in Haram (sin)!’ It didn’t end there: I was also threatened with prison if I didn’t ‘keep quiet’.

It is not easy to deal with the consequences of breaking taboos and bringing such topics into the public sphere, but I am not alone. Many other Arab women are also starting to speak out. In 2014, Ghadeer Ahmed sent her boyfriend a video of her dancing – without her hijab, and in a short dress. He did not merely post it online, but also accompanied it with a video montage he made out of private photographs. Instead of hiding from the shaming and bullying she received, Ghadeer decided to re-post the video herself. Because of this video, she faced hostility on social media. In 2017, Dalia El Faghal took to Facebook to tell the world that she was in a relationship with a woman. Soon after, her post went viral. Dalia began receiving messages of hate and disgust. She was attacked by the public; her father received death threats.

It is not just men who take advantage of feminism for their own personal gains, nor just ‘fellow’ women. It is when Arab feminists themselves oppose you for ‘adopting Western values that do not suit our culture and traditions.’ They ask you to ‘play it safe if you want to be heard.’ Many, whether they call themselves secular or Islamic feminists, treat topics like sex outside marriage, abortion and homosexuality as a taboos that should not be discussed. I understand and agree that discussions within Arab feminism must consider Islamic principles and must take into account cultural views so that it does not alienate women from their societies. However, when feminists try and put their ‘personal morals’ before the needs of others, they are restricting their activism to what they believe is comfortable and easy to achieve. Some would go as far as to claim that sexism and misogyny in the Arab world has ‘nothing to do with Islam,’ and that Islam has given equal rights to women and men.

Again, I am not trying to say that Islam is the only problem that is holding Arab women back from achieving equality. There is a mix of reasons, but one must admit that one of them is Islamic scripture. I am sick and tired of having to put up with the claims of some feminists that Islamic rules and practices for women represent a step up from those that came before. Even if this is so, this was almost 1500 years ago! Are we supposed to follow rules that have no relevance or significance to women’s lives today, when even laws that were set 50 years ago are considered outdated! At the end of the day, no one is asking anyone to give up their own personal morals, but individual beliefs should not skew our activism.

We need to rid ourselves of the internalised misogyny which we have been conditioned to carry since childhood. Currently, women’s organisations in the Middle East provide jobs rather than fight for a cause. It is only when we realise this that we will achieve a genuine feminist movement. The only way we can reinforce a real movement is if we work for the good of the collective, and not for our own egos and interests. I do realize that the path of strong-speaking women is not for everyone, but my hope is for women to have the freedom to choose to speak out without fear of persecution. At the end, and despite threats and harassment, I have been fighting for this cause for years, and through my work and the work of other strong-willed Middle Eastern women, things will slowly change.

We must liberate ourselves first before trying to help others. If we cannot do that, we better stop claiming heroism.