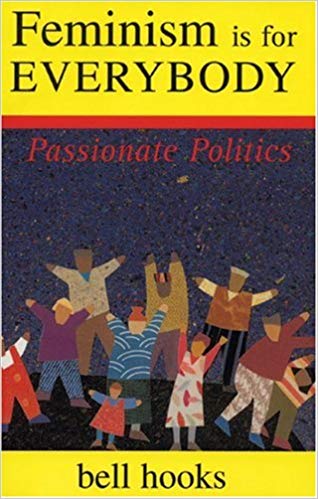 I had been thinking of feminist discourse and its relevance to all of us for years. The #metoo movement is my favorite, and while following it, I started reading articles about how sexism harms us all. I had the desire to know about feminism in detail. What better way to do so than by reading books on feminist theory and some biographies of leading feminists.  I had downloaded Virginia Woolf and Maya Angelou's writings and "A Room of One's Own" was on my list.

Last month, I got a copy of Bell Hooks' short handbook 'Feminism is For Everybody'. Though I read the book in about a week and I was overwhelmed by bell hooks' ability to express feminist theory so brilliantly. Especially, her approach to feminism's need, its impacts, and her experience with sexism and feminist politics at Stanford. I was shocked to read, "At Stanford, my ability was constantly questioned. I began to doubt myself.*" At that time feminists had started knocking down sexism, good for her and women around her.

It was a book about the foundations of a rich movement which has transformed all our lives in one way or the other. Her definition of feminism will be my best for years to come, "Feminism is a movement to end sexism, sexist exploitation, and oppression. The threat, the enemy, is sexist thought and behavior." According to Bell, a man can be feminist and a woman can be sexist. Feminism requires a commitment to its foundations of anti-sexism and challenging the domination of every sort, whether men do so or women, even parents can be sexist and dominating in case of dealing with children. Hook details how feminism collaborated with anti-racism and anti-class elitism were revealing and her explanation of the work of visionary feminists was amazing. For a beginner like me, the book was a good first read about feminism.

Bell Hooks' naming of concepts was catching. Every time I read names like supremacist patriarchal mass media and imperialist racist sexist society, I use to smile. Without going into unnecessary details, she had just identified the problem with media, education, family, and the whole society of us by giving it a name. The whole picture used to come to my mind.

Her reason for writing the book the same reason why I wanted to read this book. o "I had to write it because I kept waiting for it to appear, and it did not. And without it, there was no way to address the hordes of people in this nation who are daily bombarded with antifeminist backlash, who are being told to hate and resist a movement they know very little about. As it is we have to do so much work to correct the assumption deeply embedded in the cultural psyche that feminism is anti-male. Feminism is antisexism.” My favorite chapter of the book was, therefore "To Love Again_The Heart of Feminism." Feminism was pro-love and it will remain so.

I can rightly call her book 'a critique on feminism as a movement'. She had pointed out a lot of contradictions which weakened the movement in the 60s and 70s and how the movement was used for class mobility and how its direction got shifted with time.

Whenever I read such writings, I recall Michel Foucault's statement, "Language is oppression." It is used to maintain power relationships. Who'll better know this than us, who speak sexism daily, how oppressive our languages are?

I keep thinking and wishing how good it will be if we are able to write about the inherent contradictions of the environment we live in, where we claim that we love women, but are doing the opposite. I wish we are be able to spread the word of feminism, and anti-class elitism, and anti-racism. I wish we are be able to move towards a more equitable society. Only then will we be able to enjoy life in full. We'll not look outside of us for the meaning of life, then. We'll find it inside ourselves. We'll be who we want to be. I wish this happens before it is too late, as it already is for folks before us. They suffered their share and we can still, I hope, prevent ourselves from suffering ours.